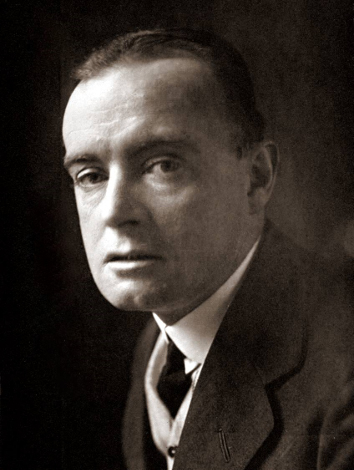 Hector Hugh Munro was an outsider from the beginning. Born in Burma, the son of a senior officer in the British colonial police force, he was 2 when his mother died. His father packed Hector off to the English countryside, where he was raised by a clutch of aunts and a prim grandmother who lived by an elaborate set of rules that begged to be broken. So Hector did, running away from home a time or two until being dispatched to boarding school at the age of 12.

He endured adolescence. Then he, too, joined the colonial police force, the same one in which a young Eric Blair, later to be known as George Orwell, would serve a few years later. He spent a couple of unhappy years in Burma. Then, stricken with malaria, he returned to an England that was never quite home.

A closeted gay man at a time when homosexuality was punished with prison time—he was on hand to see Oscar Wilde packed off to the Reading Gaol—Munro took up residence in a West End neighborhood favored by writers such as George Bernard Shaw and, later, Virginia Woolf and her Bloomsbury cohort. It was London’s principal bohemian enclave, but Munro was outwardly a thoroughgoing conservative who fit right in in the guarded, allusive society of Edwardian England—which would give him plenty of ammunition as he set out to establish himself as a writer.

That work began in journalism, writing for several London newspapers before being dispatched to Eastern Europe, where he witnessed the czarist suppression of the Russian uprising of 1905. He again returned to England and turned to fiction, adopting the pen name Saki, perhaps after the South American monkey that figured in one of his short stories, where animals often appeared.

Munro’s fictions had a kind of playful quality that often shaded over into needling satire, as when he wrote of a stern, rich woman who, aghast that a servant was called Florinda, sputtered, “When I get maids with unsuitable names I call them Jane; they soon get used to it.” He was dark, too. Perhaps his finest short story is called “Sredni Vashtar,” a name evoking South Asia in a small, elegant narrative highlighting a murder most foul—and one inflicted on someone very much like his grandmother out in the countryside. The killer’s enemies “called for peace,

but he brought them death,” indeed.

When war broke out in 1914, Munro, though too old for service, enlisted and went off to France. There, in November 1916, a sniper’s bullet ended his life. His work soon lapsed into obscurity, occasionally revived, as when Graham Greene’s anthology The Best of Saki appeared in 1961. A century after his death, Saki is now having another moment: a play based on his stories, Life According to Saki, won the best play award at the Edinburgh Festival this summer, and it is scheduled to be staged this winter in New York. He would no doubt be delighted—archly, to be sure, but delighted all the same.