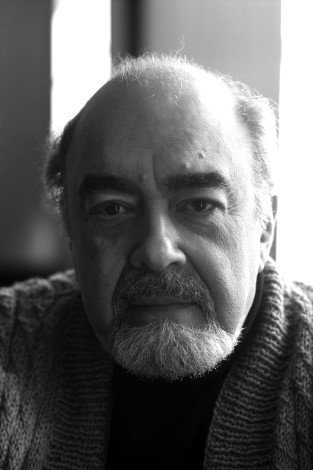 The Bramford is an old creaky building, “black, elephantine,” tucked away in the side streets of Manhattan. Still, the rooms there are big, just right for raising a family. “Go to the Dakota or the Osborne if you’re dead set on nineteenth century splendor,” counsels an ill-fated friend of the young couple who have lucked into a place there, an English immigrant who’s seen more than his share of old buildings. Exults another acquaintance, “If you ever want to sub-let, I’m first, and don’t you forget it! All those weird gargoyles and creatures climbing up and down between the windows!”

No worries about gargoyles for Guy and Rosemary Woodhouse, he a struggling actor, she a woman who, in the advancing years—she’s in her mid-20s, after all—is worried about whether she and her husband will ever have children. Having landed family-friendly accommodations in a city where such places are scarce, she’s more than ready for a kid, despite Guy’s reluctance.

Never mind that people turn up dead in the Bramford, the victims of murder, suicide, elevator accidents. Never mind that a couple of infamous residents had the bad habit of cooking up their neighbors, while another Bram dweller was very nearly lynched for his affection for the occult. Never mind that the current crop of residents is made up of people with strange accents and odd manners, none of them quite in line with Omaha-bred Rosemary’s waspy ways.

Any foreboding that Rosemary might have had fades away when she learns that she is pregnant. She’s been planning for this, planning to get pregnant by accident, forgetting to take the newfangled birth control pill and then tell Guy, “No, it’s safe today, darling; I’m sure it is.”

And then, suddenly, as if by a miracle, she is pregnant, and though it’s not much fun—a siege of ferocious pains and odd mood swings, to say nothing of inexplicably bad tastes and odors—she’s got a tremendous support network. Indeed, when her strange little baby is born, a whole roomful of people is there to cheer her on: “ ‘Hail Rosemary.’ ‘Hail Rosemary.’ Minnie and Stavropoulos and Dr. Sapirstein. ‘Hail Rosemary.’ Guy said it too. ‘Hail Rosemary.’ … ‘Hail Rosemary, mother of Adrian!’ Roman said.” And then, and then: “Hail Satan.”

Ira Levin, a native of Manhattan, had written an award-winning crime thriller, A Kiss Before Dying, in 1953 but waited for 14 years for his follow-up, Rosemary’s Baby, published on March 12, 1967. The book was an instant hit, reinforced by a film directed by Roman Polanski the following year. Levin, who followed up five years later with another blockbuster, The Stepford Wives, protested, as a nonbeliever in Lucifer, that he hadn’t really meant to open the floodgates to the occult, but many such books followed: from Rosemary’s Baby flow the works of Thomas Tryon, Stephen King, and many other horror writers today. He felt a little guilty—but, he added, not enough to decline a royalty check. Fifty years later, his best-known book continues to scare readers silly.