Art, Books, & Women On The Move 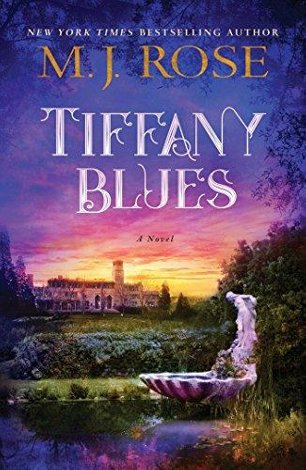 I’m on a road trip with my mom and sister, in my mom’s hometown—Olathe, Kansas—visiting her brother and some beloved cousins. Then we’re off to Kentucky, Ohio, St. Louis, back to Wisconsin, then up to Minnesota.

We’re hanging out in Kansas to spend time with the family, but we haven’t really been in the car much yet. I’ve brought some books (of course!), but I’ve also brought a stack of art supplies—paper, colored pencils, markers, some watercolors, a couple coloring books—in case we get bored or need something to reduce stress. Maybe we won’t touch them at all. Maybe they’ll be the saving grace in moments when things get tough.

My sister is a crafter, and my mom has always been in tune with her artsy side. I’m attracted to the idea of art—drawing, painting and coloring—but I never seem to sit down and do it.

It occurred to me, as I was loading my art bag into the trunk, that I had recently read two excellent books recently with huge art themes.

New York, 1924. Twenty‑four‑year‑old Jenny Bell has escaped her past... her hard-hearted stepfather, murder, and the dank hallways of Canada's notorious Andrew Mercer Reformatory for Women where she spent 2 years.

Now as one of a dozen burgeoning artists invited to Louis Comfort Tiffany's prestigious artists' colony, gifted and determined Jenny vows to avoid distractions and romantic entanglements and take full advantage of the many wonders to be found at Laurelton Hall.

But Jenny can't help but be inextricably drawn to Oliver, Tiffany's charismatic grandson.

As the summer shimmers on, and the competition between the artists grows fierce as they vie for a spot at Tiffany's New York gallery, a series of suspicious and disturbing occurrences suggest someone knows enough about Jenny's childhood trauma to expose her.

Supported by her closest friend Minx Deering, a seemingly carefree socialite yet dedicated sculptor, and Oliver, Jenny pushes her demons aside. Between stolen kisses and stolen jewels, the champagne flows and the jazz plays on until one moonless night when Jenny's past and present are thrown together in a desperate moment that will threaten her promising future, her love, her friendships, and her very life.

Rose is probably best known for her Reincarnationist series, and recently for The Daughters of La Lune. TIFFANY BLUES is her first title in some time that didn’t include some magical element, but we didn’t miss it, since her descriptions of the dreamlike Laurelton Hall left us enchanted nonetheless.

The story is intricate and interesting, and the sense of 1920s New York is so beautifully rendered that whether it’s a speak easy, an art lesson in Central Park or the wonder of Laurelton, we feel swept into the setting, as if we’re truly there. The writing puts us under its spell, the story keeps us spellbound and in the end we, like Rose (or at least that’s my guess), mourn for the magical estate that burned itself out more than half a century ago.

Likewise for THE MASTERPIECE by Fiona Davis (review here).

For the nearly nine million people who live in New York City, Grand Central Terminal is a crown jewel, a masterpiece of design. But for Clara Darden and Virginia Clay, it represents something quite different.

For Clara, the terminal is the stepping stone to her future, which she is certain will shine as the brightly as the constellations on the main concourse ceiling. It is 1928, and twenty-five-year-old Clara is teaching at the lauded Grand Central School of Art. A talented illustrator, she has dreams of creating cover art for Vogue, but not even the prestige of the school can override the public's disdain for a "woman artist." Brash, fiery, confident, and single-minded—even while juggling the affections of two men, a wealthy would-be poet and a brilliant experimental painter—Clara is determined to achieve every creative success. But she and her bohemian friends have no idea that they'll soon be blindsided by the looming Great Depression, an insatiable monster with the power to destroy the entire art scene. And even poverty and hunger will do little to prepare Clara for the greater tragedy yet to come.

Nearly fifty years later, in 1974, the terminal has declined almost as sharply as Virginia Clay's life. Full of grime and danger, from the smoke-blackened ceiling to the pickpockets and drug dealers who roam the floor, Grand Central is at the center of a fierce lawsuit: Is the once-grand building a landmark to be preserved, or a cancer to be demolished? For Virginia, it is simply her last resort. Recently divorced, she has just accepted a job in the information booth in order to support herself and her college-age daughter, Ruby. But when Virginia stumbles upon an abandoned art school within the terminal and discovers a striking watercolor hidden under the dust, her eyes are opened to the elegance beneath the decay. She embarks on a quest to find the artist of the unsigned masterpiece—an impassioned chase that draws Virginia not only into the battle to save Grand Central but deep into the mystery of Clara Darden, the famed 1920s illustrator who disappeared from history in 1931.

Davis has been only TBListenedTo for a while now, and this is my first. I’ll certainly be reading more.

Davis is a beautiful writer who manages to perfectly capture the tension between the decay and despair of 1970s NYC and the faded glory of the iconic building that was nearly destroyed in the name of progress. Clara and Virginia each face sexism and contempt from men around them, but ultimately conquer insecurities and become vital links to their own success as well as some important work being done around them, either at the famed art school in Grand Central or working to save the terminal.

The book is thoroughly captivating and inspiring, though one big twist at the end is slightly hard to swallow. Nonetheless, I couldn’t put it down and felt completely drawn into both storylines and the art, history and elements of female empowerment that really anchored the book.

So there you go—happy reading, happy crafting, happy doing what you love.