The Art of Good Books 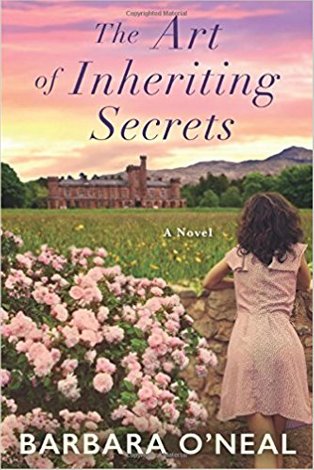 Barbara O’Neal, who’s also published as Barbara Samuel, is one of my favorite authors, and she released a new book this week (her first with Lake Union): THE ART OF INHERITING SECRETS.

I heard about this months ago and have been counting down the days since. I’m happy to say I was not disappointed.

When Olivia Shaw’s mother dies, the sophisticated food editor is astonished to learn she’s inherited a centuries-old English estate—and a title to go with it. Raw with grief and reeling from the knowledge that her reserved mother hid something so momentous, Olivia leaves San Francisco and crosses the pond to unravel the mystery of a lifetime.

One glance at the breathtaking Rosemere Priory and Olivia understands why the manor, magnificent even in disrepair, was the subject of her mother’s exquisite paintings. What she doesn’t understand is why her mother never mentioned it to her. As Olivia begins digging into her mother’s past, she discovers that the peeling wallpaper, debris-laden halls, and ceiling-high Elizabethan windows covered in lush green vines hide unimaginable secrets.

Although personal problems and her life back home beckon, Olivia finds herself falling for the charming English village and its residents. But before she can decide what Rosemere’s and her own future hold, Olivia must first untangle the secrets of her past.

O’Neal creates a multi-faceted character in Olivia, who was extremely close to her mother, so the fact she knew so little of her past makes it hard for her to process. She’s ambivalent toward the long-term boyfriend she left behind in San Francisco and attracted to many aspects of her potential new life in England including the Indian family who has been closely connected to her own for generations.  The daughter runs an Indian restaurant in the village, and the handsome son is an apprentice thatcher (with a few other secrets in his resume).

As Olivia sorts through her inheritance, debts, some fraud, her boyfriend’s unexpected mean-spiritedness when she doesn’t come home, and professional obligations, she also digs into her family’s secrets, uncovering a few shocking truths as to why her mother abandoned her aristocratic legacy.

Such great writing, terrific characters, food elements, romance, a touch of intrigue and more than a few surprises to keep readers guessing.

I loved the book and recommend it wholeheartedly. In fact I recommend anything by Barbara Samuel or O’Neal. One favorite is THE LOST RECIPE FOR HAPPINESS. So glad to see O’Neal diving back into my favorite kind of books! More please! And soon…

(O’Neal is hosting a FB party at The Romance of Reading FB page today in case you’d like to visit.)

In honor of the World Cup, I decided to listen to a title I’ve had in my queue for a while - KULTI, by Mariana Zapata. I read a review of a Zapata title once that called her the Queen of the Slow Burn, and that’s a great description.

"Trust me, I've wanted to punch you in the face a time or five."

When the man you worshipped as a kid becomes your coach, it's supposed to be the greatest thing in the world. Keywords: "supposed to".

It didn't take a week for 27-year-old Sal Casillas to wonder what she'd seen in the international soccer icon - why she'd ever had his posters on her wall or ever envisioned marrying him and having super-playing soccer babies.

Sal had long ago gotten over the worst non-break-up in the history of imaginary relationships with a man who hadn't known she'd existed. So she isn't prepared for this version of Reiner Kulti who shows up to her team's season: a quiet, reclusive shadow of the explosive, passionate man he'd once been.

The audiobook is 16 hours long, and they basically don’t get together until the last one. But the characters (think a German Beckham with a not-quite-so-famous Mia Hamm), dialog, quirky backstory and first person narration from Sal’s point of view are all simply delightful. What Zapata is particularly good at is somehow expressing intense sexual tension without the first person narrator understanding that’s what it is. We see the hero being jealous, chivalrous, attracted — insert adjectives that are effective sexual tension builders here — but the heroine either doesn’t realize it or doesn’t acknowledge it.

She’s kind of made an art form of it.

This is my third Zapata title, and I admit, I’m a fan!

I also loved THE WALL OF WINNIPEG AND ME and RHYTHM, CHORD & MALYKHIN. I’ve recently been repeat watching The Cutting Edge on Amazon Prime while I work, and so I broke down and downloaded her ice skating romance, FROM LUKOV WITH LOVE. Can’t wait to get to it.

What artfully written books are you reading this week?