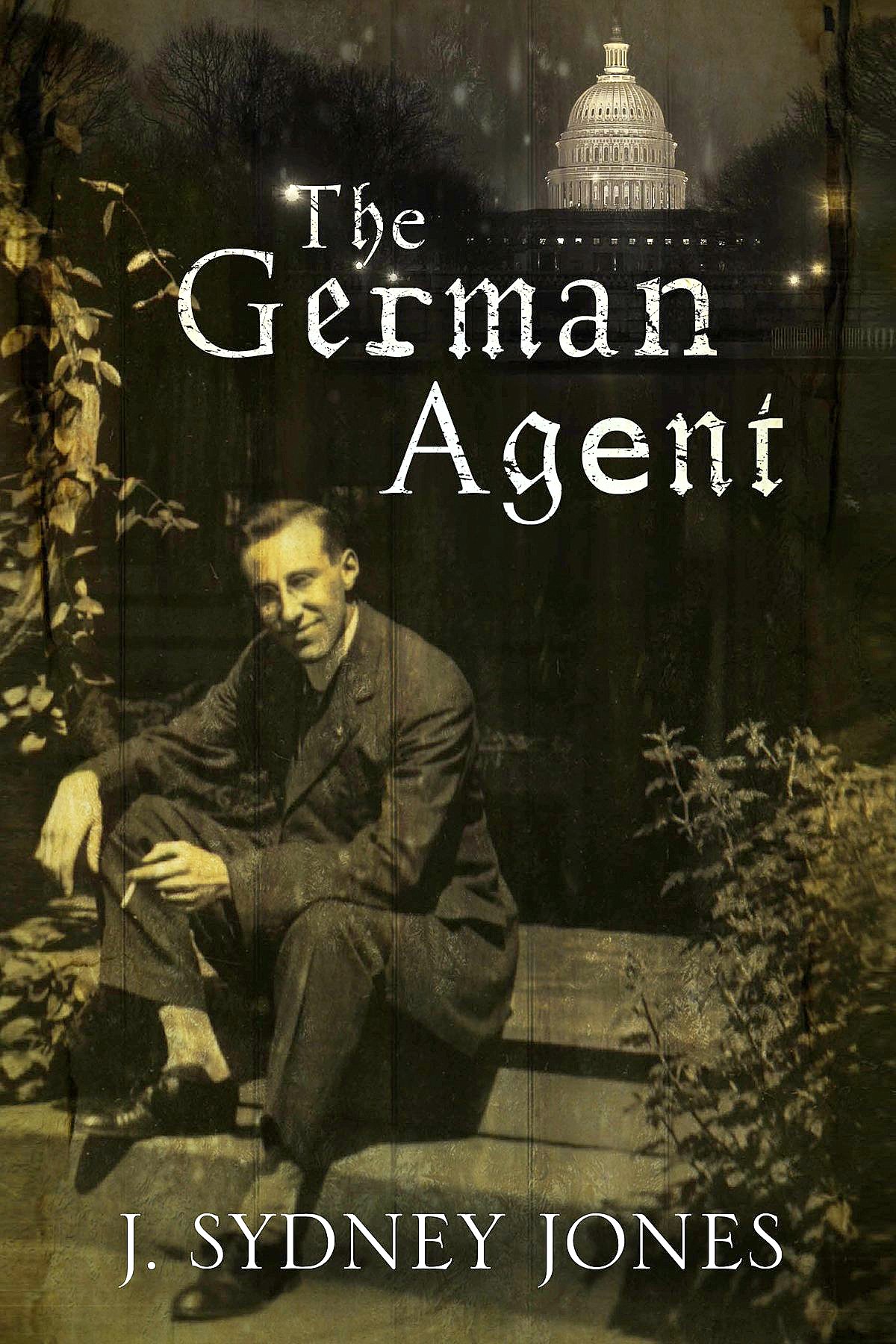 On Nov. 7, 1916, Woodrow Wilson achieved a goal that for the previous 79 years—ever since Andrew Jackson’s time—had eluded Democratic candidates for the U.S. presidency: He was elected to a second consecutive term. His hard-fought triumph over Republican nominee Charles Evans Hughes, an associate justice of the Supreme Court of the United States, took place in the midst of World War I (1914-1918).

Wilson had intended to make his last bid for public office on the strength of his Progressive political successes and the rousing cause of American patriotism. Instead his victory was cemented by one of history’s most famous campaign slogans: “He Kept Us Out of War.” Indeed, Wilson—reflecting his country’s then-isolationist attitudes—was reluctant to commit the United States to involvement in the increasingly deadly European conflict, though during his first term he expanded America’s military might in the interest of “preparedness.” Hughes, a moderate former New York governor, whose hirsute visage and dignified deportment earned him derision as a “bearded iceberg,” had trouble distinguishing himself from the sitting president. He feared that striking a more bellicose posture might alienate voters who preferred to let Britain, France, Germany and other rival powers across the Atlantic fight the so-called Great War by themselves. Hughes’ equivocations on the issue finally led hawkish Republican ex-president Theodore Roosevelt to declare that the only thing separating Wilson from Hughes was “a shave.”

The Democrat’s neutrality platform earned him 49 percent of the popular vote in 1916, compared with Hughes’ 46 percent. Yet just five months after that election, President Wilson pushed the U.S. Congress to declare war on the German Empire. His change of heart was provoked in part by Germany’s decision to resume “unrestricted submarine warfare.” Also influencing Wilson, though, was the revelation in February 1917 of the so-called Zimmermann Telegram, a message dispatched by Germany’s foreign minister to his ambassador in Mexico, suggesting he propose an alliance between the empire and Mexico that could lead to Germany helping the Mexicans reconquer Texas, Arizona and New Mexico.

Jones is, of course, the California author of a series of historical mysteries featuring fictional turn-of-the-last-century Viennese lawyer Karl Werthen and real-life criminologist Doktor Hanns Gross (The Keeper of Hands, A Matter of Breeding). His latest work, however, isn’t part of that series. Rather, it delivers us into the company of Maximillian Volkman, a German former infantryman in World War I who won the Iron Cross as a result of his quite reckless, crazed charge upon an enemy machine-gun nest at Ypres, in Belgium. Later, when this supposed hero showed scant enthusiasm for returning to the carnage-riddled front lines, he was recruited by Kaiser Wilhelm II’s military intelligence agency and packed off to America under the guise of a South African representative to an international peace league. He has since been a “sleeper,” an agent-in-place awaiting further instructions. What his controllers don’t understand is that for all Volkman’s training in bomb-making, sabotage tactics and self-defense techniques, he isn’t the cold-blooded killing machine his record suggests. In fact, he’s on his way to a crisis of conscience. Taking lives in the heat of battle is one thing, he comes to realize; committing murder face to face—which can be essential to his job as a spy—is something else altogether.

Yet orders are orders, and Volkman’s latest place him firmly in the role of assassin. His target: Sir Adrian Appleby, Great Britain’s elderly ambassador-at-large, who has sailed across the Atlantic Ocean to Washington, D.C., where he’s to apprise President Wilson of the contents of that notorious Zimmerman Telegram (shown on the right). The reason for this personal conveyance of bad news is only partially explained by the message’s manifest treachery. More importantly, it’s hoped Sir Appleby can convince a skeptical Wilson that the telegram is genuine, “not just an English ruse to bring the Americans into the war.” And in the course of things, the diplomat must do his best to keep secret exactly how the Brits got their mitts on that once-coded cablegram in the first place. As Jones explained in an essay for The Rap Sheet a few years ago, “The British cannot simply hand over the decoded message to President Woodrow Wilson. First, they are guilty of poaching the telegram from a supposedly secure cable that Washington has established with Berlin in hopes of keeping peace communications open. Second, they do not want to let the Germans know they have cracked their code, in which case it will be changed and future valuable information will be lost. The British want their cryptographic pie and to eat it, as well.”

It doesn’t take long for Sir Adrian to realize that a killer is dogging his trail, or for Volkman to make his initial attempt on the envoy’s life. Jones is generous with his action sequences, most of which find Volkman barely escaping capture. He’s also dexterous at re-creating the sights and sounds of Wilson-era D.C. You can almost smell the cigar smoke and hear the sighs of hand-rubbed leather as this story transports you inside retreats of the privileged. And its street scenes—filled with the rattle of automobiles as they claim increasing dominance over roadways—and episodes in the city’s less-tony quarters show Jones to be a writer who can strike that careful balance between demonstrating his historical research and maintaining his tale’s momentum.

Unfortunately, this spy novel does less well than Jones’ “Viennese Mysteries” at character development. Sir Adrian is a two-dimensional figure whose willingness to hide out in a variety of spots as he awaits a repeatedly delayed audience with Wilson rather tests the bounds of credibility. Then we have his much-advantaged young niece, Catherine, who plays hostess to the ambassador during his stay in Washington, and who evidently has a passion for photography, but whose part in this yarn seems to be restricted to that of love interest. I kept expecting the author to make more of her photographic talents, perhaps using them in some way to bring Volkman down, but that never happened. Instead, Catherine spends the length of this short work trying to rekindle passion in her marriage to an older, floundering politician, Edward Fitzgerald, and along the way even draws the attention—and unexpected protection—of Volkman. Meanwhile, Fitzgerald concocts all manner of extraordinary measures to keep Sir Adrian breathing, yet appears to have no qualms about risking his own life. He’s everything the well-mannered fictional dabbler in crime-solving should be. And though he errs dramatically in all of his schemes to keep Volkman at bay, he’s at least more adept at the task than the actual law-enforcement officials Jones serves up. Only one of those, a snappily-attired operative with the fledgling Bureau of Investigation (precursor to the FBI), shows himself worthy of much notice—and that only because his agreeable front conceals a devious heart. Very late in the game, and in a way that will sound all too familiar to 21st-century readers, he lectures Catherine Fitzgerald on the extent to which her concept of personal liberty is being undermined:

There’s a time coming when we won’t be able to afford your sort of freedom and individual privacy anymore. Those concepts will have to go the way of the dinosaur. Our great country is beset upon by enemies from every quarter. We have revolutionaries threatening us on all sides. Negroes, suffragettes, Wobblies and socialists who want to do in our form of government….Enemies everywhere you look. And we’re building files on all of you, I tell you. On Emma Goldman and the Negro socialist Philip Randolph and Max Eastman and Big Bill Haywood. Files on all of them, including you, Mrs. Fitzgerald. And you think you’re so special that we at the Bureau can’t touch you? Think again.

Max Volkman is really the main player in this tale, but so much of his life is concealed from the reader that it’s hard to sympathize with his plight. We receive glimpses of his self-doubt and recriminations and regrets, but they come off more as plot contrivances than genuine character depth.

Author Jones’ biggest problem here, of course, is that readers pretty much know how history turned out: Wilson eventually received the Zimmerman Telegram (though not via the path outlined in The German Agent), its authenticity was confirmed and the United States entered the Great War in time to ensure victory for the Allies. Such prior awareness steals much of the suspense from this tale, which is another addition to the growing subgenre of World War I-era crime and thriller novels. It’s a shame, really, because Jones has proved himself over and over again to be a gifted storyteller. I hope he has better luck with his second novel due out this year, “a mystery of Cold War Europe” titled Basic Law, which is scheduled for release in April.