Awesome Women in Every Arena 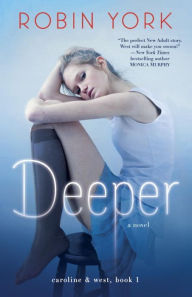 How about those American WOMEN soccer players? Tomorrow, these women will be given a rare ticker tape parade in Manhattan. Brava, ladies!

These WOMEN athletes also get to celebrate the fact that their Women’s World Cup championship game was the most watched soccer match in American TV history and, in winning, they became the first team ever to win three world championships. For their efforts and victory, they’ll receive $2 million. Maybe you heard that the German male World Cup champions received $35 million, but did you know that the losers of the men’s championship received $8 million?

And despite being a hugely anticipated game viewed by a record audience, the sponsors stayed away. (There was a really interesting piece in the Washington Post about all of these points: “The Sad Gender Economics of the Women’s World Cup, or Why Hardly Anyone Sponsored The Most Watched Soccer Match in U.S. History.”)

And of course there was that lovely tweet from the Sports Illustrated village idiot, Andy Benoit, about how women’s sports wasn’t worth watching. If you haven’t seen Seth Meyers and Amy Poehler’s beautiful take down of Benoit and defense of women’s sports, be sure to take a peek.

As Amy and Seth so famously put it: Really? Really??!

Of course as romance readers and writers, we are constantly told that the things that matter to us, don’t matter. Love, romance, happily-ever-afters—these are stupid and trivial. Thankfully, we know better. We know that what they actually represent are hope, positive change, and a deep and abiding belief that things get better, life moves forward, and someday, if you step into your authentic and best self, you get to find the partner who is worthy of you.

“Getting the man” isn’t really the true goal in a romance novel. The goal is happiness, joy, love—and living authentic lives. In books as in life, it’s not about “a”man (

or woman). It’s about “the”man or woman. The partner who makes you happy, who puts your wants, desires, goals and aspirations right up there with his or hers.

Of course the HEA in this sports story would be that these champions would be better compensated for their effort and success. Ideally, they’d get the same as the men, but it would be nice if FIFA would at least nod its sexist head to the outrage over this and give them a little something more.

But whether or not the women get anything more financially, they do have the admiration of a grateful nation and the knowledge that, in many eyes, they are the best ever. Plus, they are inspiring another generation of young female players, much as they did after the inspiring 1999 win over China.

I believe in romance, and I believe in women. As I’ve mentioned many times in various places, the romance industry is arguably the most successful business that is (mostly) for women, by women, and about women.

How surprising that so many men and patriarchal institutions don’t take it seriously. One more opportunity to belittle something huge and amazing that has meaning for and impact on women.

To celebrate our World Cup soccer champions, I thought I’d focus on some great romances that have female athletes in them!

Have you discovered Simone Elkeles? This author has been so highly recommended to me, and I finally read one of her Young Adult titles a couple of months ago. Better Than Perfect’s female lead is Ashtyn Parker, a high school football kicker! The book has the typical teenage angst and complicated family dynamics we find in YA, but there is the added friction of Ashtyn’s isolation when she attends a football camp in Texas and is sabotaged by her teammates because she’s a girl.

I think I mentioned Robin York’s New Adult title Deeper before, and the positive buzz for this title has been terrific. T

here is so much going on in the book that the sports link is but a small plot point relative to the many major emotional twists and turns of Caroline Piasecki’s story. After her ex-boyfriend posts nude pictures of her online in retaliation for her breaking up with him, the girl who had her life staked out in a series of goals to be met is suddenly adrift in shame and doubt. Meeting the bad-boy who defends her honor is fraught with romantic complication, but joining the soccer team gives her a sense of belonging that she feels she’s lost almost everywhere else on campus.

I’ve enjoyed most of Erin McCarthy’s Fast Track series, based around the race car world, and one of the few titles I haven’t read is The Chase (#4), which features rival drivers and former lovers Kendall Holbrook and Evan Monroe. I love the fact that McCarthy included a female driver as a main character, and I tend to like reunited lovers’ storylines, so I’ll have to pick this one up soon!

What about you? Any other sports-themed titles you can think of that have a female athlete as a main character? Hmmmm, think we can convince Susan Elizabeth Phillips to write about a female golfer? Or maybe the first female kicker in the NFL, courtesy of the Chicago Stars?

Maybe I should start a petition….