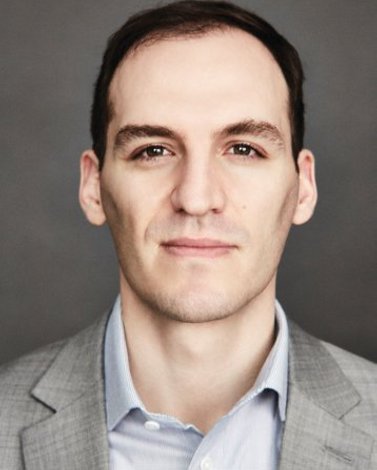 On August 7, 2006, a squad of soldiers from Fort Lewis, Washington, wearing civilian clothes, entered a bank in nearby Tacoma, flourished AK–47s, and demanded money. Putting their Army Ranger to practice, they read the bank as they would an enemy stronghold to storm: here a barricade, there a locked drawer, there an alarm system. They overcame it, and in a flash they were gone—for a minute, anyway, for it didn’t take long until they were caught.

Now, Army Rangers are a special breed of soldiers, trained as an elite fighting force to overcome any obstacle and any opposing force. They are fearless, and they are prized for their tactical intelligence and their lack of qualm about saying no when a mission is misguided.

It came as an utter surprise, then, when the identity of the soldiers was revealed in police reports—and not least when the getaway driver was revealed to be Alex Blum, whom his cousin Ben Blum describes in his new book Ranger Games as “the most squeaky-clean, patriotic, rule-respecting kid we knew.” Alex had struggled mightily to survive Ranger training, which has an appallingly low graduation rate, but he had made it, and now, Ben says, “He was on the way to doing what he set out to do, which was being part of the news before it even became news, fighting for his country around the world.”

Alex became news, all right. As the investigation and subsequent trial proceeded, he and his fellow Ranger robbers were held up as exemplars of all that was wrong with the military machine.

But did Alex know that he was participating in a criminal enterprise? Ben Blum, studying for a doctorate in mathematics at Berkeley, had fallen out of touch with his cousin even in childhood: “In the fields where Alex saw darting commie guerrillas,” he writes, “I saw fractally branching ferns, Fibonacci-spiraling pinecones, self-intersecting manifolds of swallows.” Yet he had his doubts, especially when he got word of Alex’s objection that the whole thing was a training exercise.

So it was that Ben became an investigator, digging into the story and its many moving parts. “The more I tried to pin that part of it down,” he tells Kirkus, “the more complex the story became. Was it a training exercise, really? Did he mean something authorized by senior officers in the battalion, or did he mean something put together privately, off the record, but within Ranger norms?”

The second interpretation isn’t out of the question, since Rangers are supposed to show initiative and take charge as the situation warrants, but even so, a bank

robbery seemed off the track. That led Ben Blum to a charismatic noncommissioned officer who, says one of Blum’s informants, “was a ripped Army Ranger like something right out of the movies…. His brain was going, always going, always plotting something new.”

That something new, it seems—or so prosecution and jury agreed—was steering willing, obedient soldiers into crime while pretending that it was all part of the mission. The questions mounted: Had something happened to that good soldier out in the field, out in the war zones of Afghanistan and Iraq, to suspend the norms and lead his charges in harm’s way less military than legal? Does he bear extra responsibility for treachery, having steered someone who trusted him with his life into acts of wrongdoing?

In the end, writes Ben Blum—who, having caught the writing bug, now has several other books in mind—his cousin’s life was ruined: He served jail time, but worse, he was dishonorably discharged from the Army he loved so much. “I was unable to think or question,” said Alex. “I was a model Ranger.” A blend of true crime and military reportage, Ranger Games tells a story of manipulation, misplaced loyalty, and disillusionment—the usual stuff of war, but this time on the home front.