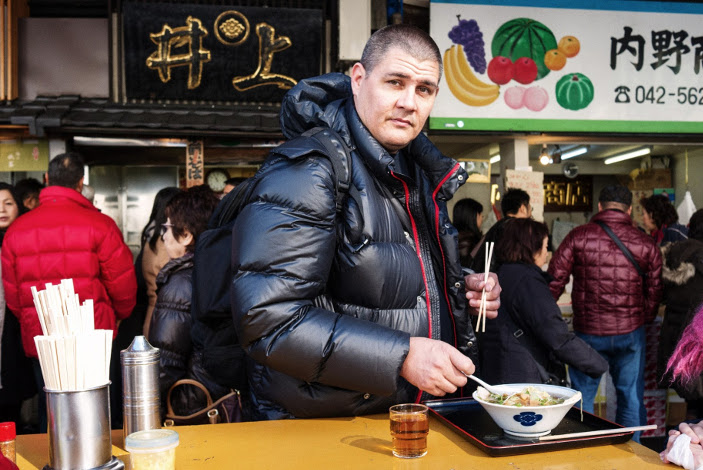 For most writers, the year following the publication of an acclaimed novel, a year that brings home the Pulitzer Prize, would be filled with joy. Not so for Adam Johnson. The 2012 publication of Johnson’s gripping novel The Orphan Master’s Son won him the award in 2013. In that same span of time, doctors diagnosed his wife, Stephanie Harrell, with breast cancer.

Harrell, a fellow writer, would not talk about her illness; Johnson is drawn to subjects that are “half-seen.” It was the mystery of North Korea, after all, that fueled his pursuit of Orphan Master. “It took me a while to wrap my head around the fact that even in my own house there was a story that couldn’t be told,” Johnson says. “There’s some voice that must exist but we can’t hear. Only fiction, only creation can get to that human thing.”

Against his wife’s wishes, Johnson wrote a story from her perspective titled “Interesting Facts,” one of the more powerful pieces in his new collection, Fortune Smiles. Emotionally bracing, meticulously detailed, and at times flat-out fearless, these six stories are everything fans of Johnson could hope for.

The collection takes readers to exotic places and stark situations—East Germany after the Berlin Wall fell, back to the Korean Peninsula, hurricane-ravaged Louisiana. By contrast, “Interesting Facts” stands out. The locale is Johnson’s home, and the premise is one that more than 200,000 Americans experience each year. But familiar setting and stakes aside, “Interesting Facts” shares the key component of Johnson’s work: there was a story that couldn’t be told, and there was work to be done to reach inscrutable truths.

“I don’t think I write anything that’s easy,” Johnson says. “A good story feels like it costs something. It matters if you don’t get it right. This one, to me, mattered more than most that if I got it wrong I would be a real failure.” (Harrell is currently cancer-free.)

If Johnson has a mantra, it’s likely this: do justice to others’ experiences. Research is critical in all his work. For the story “Nirvana,” he studied message boards on a rare degenerative nerve disorder. For the haunting “Dark Meadow,” he interviewed prison counselors who oversee pedophiles. For “Hurricanes Anonymous,” he rode along with UPS drivers in post-Katrina Louisiana. “Those voices are in your head, and when you’re writing, it’s like that’s the standard,” he says. “You hear their voices and you say, ‘Oh no, that is not good enough.’ ”

With Johnson’s diligent research and penchant for emotional subject matter, what sometimes gets lost in assessments of his work is that it’s made of page-turners. This is no accident. It’s a result of Johnson’s love for what he calls “old-timey story telling.” When asked for some specific examples, rather than mentioning writers,he recounts how he worked construction in the Arizona heat for a few years before college in the 1980s.

Johnson worked with “ex-cons, killers, veterans, and roustabouts”: global drifters. “All day long they just told stories of running drugs off Miami and knife fights in bars and bombs going off in Da Nang,” he says. “I suppose I was supposed to say it was Chekov or something, but it was all these guys I worked with.”