Best Reads for an Endless Winter 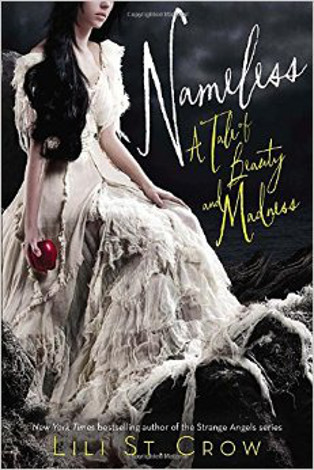 Two days ago, it snowed all day.

Today, we got rhubarb crowns in the mail, and my husband stomped right outside and planted them. Come hell or MORE SNOW, he pretty much just jammed a SPRING IS HERE flag into the ground.

If it snows again, I’m going to pretend it’s not happening. But JUST IN CASE I need some help with that, I’ve got some garden- and farm-themed books to distract me:

Flowers in the Sky, by Lynn Joseph

Fifteen-year-old Nina loves her home in the Dominican Republic, her garden and her business selling flowers. But despite her lack of interest in leaving the island for “better opportunities,” her mother sends her to live with her older brother in New York City. Add culture shock, a brother she hasn’t seen in a

decade, and an unfamiliar world that is seemingly made of concrete, and Nina’s in for a hard transition. It sounds like this is a quiet book—more character-driven than plot-driven—and I’m always on the lookout for more quiet reads. This is also very much an #ownvoices title: the author is originally from Trinidad, moved to the United States when she was 10, started writing specifically because she missed her first home, and has also lived in both the Dominican Republic and New York.

Aussie YA! About guerrilla gardening, environmentalism, and an opposites-attract romance! Yes, PLEASE. It sounds adorable and funny, but also like the main characters are realistically flawed. It also sounds like it is just as much about friendship—and about the conflicts that can arise between people who have the same goal, but different ideas as to achieve said goal—as it is about romance, which is my very favorite kind of romance. I haven’t seen any coverage of it in any American review journals, but I just shelled out for a copy, and I’ll be sure to let you know how it is.

Nameless: A Tale of Beauty and Madness, by Lili St. Crow

A retelling of Snow White that features a gardener as the love interest. Every review I’ve read describes it as dark, dark, dark—which might not be a great choice for an April Snowstorm Distraction—but every review I’ve read has also cited marvelous world-building, which suggests it might be wholly engrossing.

Starbird Murphy and the World Outside, by Karen Finneyfrock

The Lie Tree, by Frances Hardinge

Two that have been on my TBR list for ages! Starbird Murphy’s whole life has been spent on the Free Family Farm—to her, it’s home; to outsiders, it’s a religious cult—in Washington state, but now she’s headed to Seattle to work at the Farm’s cafe. Questions about faith and romance and culture and

perspective all figure in. And finally, there’s The Lie Tree, which might be a stretch for this list—it’s not so much about a farm or a garden, but does feature a tree that ingests lies and then bears a truth-telling fruit—and what’s the point of making themed lists if you can’t shoehorn semi-related books onto them?

Looking for more? I just took a spin through my old columns, and realized that, shockingly enough, this whole Endless Winter thing isn’t new in my life—which I guess isn’t THAT surprising, given that I live in Maine—two years ago, I put together a similarly-themed list that features entirely different books.