The Best Science Fiction, Fantasy and Horror Reads for January 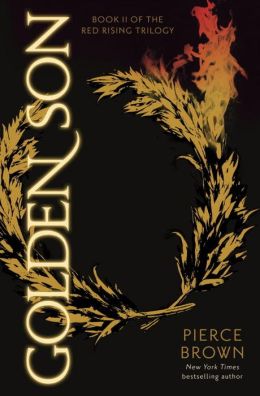 Does your New Year's resolution involve reading more? If so, this list of top science fiction, fantasy and horror picks will get you off to the right start!

The Darkest Part of the Forest by Holly Black

WHAT IT'S ABOUT: The small town of Fairfold is populated by both humans and fairies. In the woods there is a glass coffin that holds a sleeping boy who has pointy ears and horns on his head. Hazel and her brother Ben fell in love with him when they were younger, back when they used to dream about how they would be heroes and save the town. Years later, when a monster threatens Fairfold and the boy in the coffin finally wakes up, Hazel, now a teenager, may finally get to fulfill that role.

WHAT IT'S ABOUT: In the color-coded society of Mars, it's the repressed Reds against the privileged Golds. Darrow, born a Red, has infiltrated the ranks of Gold society and now seeks to turn th

e tables on the entire social order from the inside.

WHY YOU MIGHT LIKE IT: This second book in Brown's Red Rising Trilogy continues the gripping story that began in the first, which was optioned for film.

WHAT IT'S ABOUT: Set in a modern-day world where magic has been re-introduced, thus empowering people to perform magical miracles, a U.S. Navy Seal is killed in the line of duty after witnessing something he wasn't supposed to see. But he is magically resurrected and recruited to be the ultimate warrior by Gemini Cell, a top-secret covert team that dabbles in the occult for purposes of achieving their mysterious mission.

WHY YOU MIGHT LIKE IT: Cole uses his military background to infuse his Shadow Ops series with more realistic action and strategy than you might expect in a military fantasy novel.

WHAT IT'S ABOUT: With a magical war threatening the safety of a modern day (but magical) Earth, a librarian named Isaac Vainio attempts to rescue a girl whose body has been taken over by would-be queen Meridiana, now free from her banishment of a thousand years. It won't be easy—Isaac no longer has magical powers and must therefore rely on dangerous black-market magic and a ragtag team of friends to help.

WHY YOU MIGHT LIKE IT: The mixture of magic and modern day is appealing and the story moves readers along at a brisk pace.

The Galaxy Game by Kare

WHAT IT'S ABOUT: Among the planets of Cygnus Beta, a trio of friends, each with their own special brand of mental powers, compete in the all-important game called Wallrunning. One of them, Rafi, is coming to terms with his powers, which are either coveted or feared by those in control. When conflict escalates between rival star-faring civilizations, Rafi and his psi-gifted friends of Cygnus Beta discover there is more to the situation—and their part in it— than they realized.

WHY YOU MIGHT LIKE IT: It's set in the same well-imagined world as the authors' previous well-received novel, The Best of All Possible Worlds.

The Whispering Swarm by Michael Moorcock

WHAT IT'S ABOUT: Part fantasy, part autobiography, this is the story about living in London after World War II and the young man named Michael who discovered a hidden, magical realm there, where an attempt is made to prevent the beheading of Charles the First.

WHY YOU MIGHT LIKE IT: Michael Moorcock is one of speculative fiction's living legends. This book, the first in The Sanctuary of the White Friars series, shows why.

WHAT IT'S ABOUT: Dr. Thomas Bond, a Victorian forensics expert troubled by his previous experiences with the Jack the Ripper killings, is trying to get his life back in order when the bodies of children begin appearing in the Thames River, possibly because of a supernatural monster.

Twenty Trillion Leagues Under the Sea by Adam Roberts

WHAT IT'S ABOUT: As you may guess from its title, this nove

l is a pastiche to the Jules Verne classic, Twenty Thousand Leagues Under the Sea. It's the story of France's first nuclear submarine which, in 1958, embarks on a mission to test the ships worthiness. However, things go catastrophically wrong and the ship sinks well beyond any depth that it was designed to survive. While the crew is amazed that they are still alive, they learn that an onboard government liaison is much less surprised and actually knows a bit more about what is really going on.

WHY YOU MIGHT LIKE IT: Roberts infuses the book with a sense of humor that makes it eminently enjoyable. The book also includes excellent interior illustrations by Mahendra Singh that help set the retro-futuristic mood.

Firefight (The Reckoners) by Brandon Sanderson

WHAT IT'S ABOUT: In Sanderson's contemporary world, there are Epics and Reckoners. Epics are people who were gifted with extraordinary powers when a burst appeared in the sky 10 years ago. Reckoners are the ordinary people who challenge the power-hungry Epics. In Firefight, a reckoner named David confronts the Epic who rules Manhattan (now called Babylon Restored).

WHY YOU MIGHT LIKE IT: This sequel to Steelheart keeps its foot on the gas pedal and is the prose equivalent of an action packed comic.

The Dragon Conspiracy by Lisa Shearin

WHAT IT'S ABOUT: Agents of Supernatural Protection &

Investigations, a Men-In-Black style organization that fights supernatural threats, have 24 hours to track down the thief who stole a cluster of diamonds known as the Dragon Eggs before they are used to rid the New York tri-state area of all supernaturals.

WHY YOU MIGHT LIKE IT: Shearin's Spi-Fi novels are great fun and a great example of the lighter side of speculative fiction.

The Just City by Jo Walton

WHAT IT'S ABOUT: The Just City is a planned community created by the time-traveling goddess Pallas Athene. It's populated by thousands of children, a few hundred adult teachers from throughout human history, and a few handy robots from the future. Into this seemingly idyllic island (which Pallas Athene located on a Mediterranean island in the distant past), the immortal Apollo disguises himself as one of the human children to learn what it is about humans that makes them understand things that the Gods do not.

WHY YOU MIGHT LIKE IT: The award-winning author creates a magical setting that is pitch-perfect playground to stretch her imagination.