The Best Speculative Fiction Reads for May 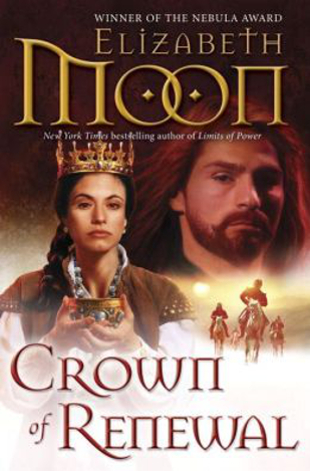 Looking for a good book? Allow me to suggest that the science fiction and fantasy genres offer a wide range of literary styles to suit even the most discerning reader. Just check out this month's roundup of best bets in speculative fiction.

Newcomers to speculative fiction would do well to start with titles that feel more "mainstream" than genre. To that end, I would recommend Authority by Jeff VanderMeer. This is second book in the Southern Reach Trilogy, a powerful story about a mysterious region called Area X that has claimed the lives of many people over the past several decades. In Authority, even more secrets about Area X are revealed. Another suggestion is the Library of America's latest volume honoring the work of Kurt Vonnegut. Kurt Vonnegut: Novels 1976–1985 includes the novels Slapstick, Jailbird, Deadeye Dick, and Galápagos (as well as assorted essays). Slapstick is written as the post-apocalyptic memoirs of a man who creates a scheme to rid mankind of loneliness. Galápagos takes place a million years after mankind embarked on a new evolution after the global ecological disaster of 1986. Billed as combination fantasy, reality and dystopian environmental saga, The Man with the Compound Eyes by Wu Ming-Yi is an affecting novel revolving around two people: a 15-year-old boy named Atile’i, customarily cast our from his island home as a sacrifice to the Sea God, and Alice, a college professor contemplating suicide after the loss of her husband and child. Together Atile’i and Alice form a friendship that helps them come to terms with their individual losses.

Those readers looking for pure science fiction have lots to choose from this month. For starters, there's Defenders by Will McIntosh, in which mankind creates an army of perfect warriors to fight an invasion of the telepathic aliens and wonders what to do with these seventeen foot-tall defenders after the war is over. Speaking of lining up a defense, in Gemsigns by Stephanie Saulter, genetic engineering is used to create a race of humans immune to a deadly syndrome. Science and ethics clash when these so-called "Gems" are seen as sub-humans and they are put in a position where they have to fight for their freedom. Meanwhile, in Peacemaker by Marianne de Pierres, a ranger working in the world's last natural landscape teams up with an outsider to catch some criminals, and soon learns of even bigger threats. The Remaining by D.J. Molles begins a post-apocalyptic series in which a bacterium has turned 90% of the world's population into hyper-aggressive predators. It's up to a Special Forces soldier named Captain Lee Harden to enact the final fail-safe plan of the U.S. government. Finally, if you liked last week's article about Science Fiction and Fantasy Reads for Lovers of Classic Literature, then in May you should check out The Enceladus Crisis by Michael J. Martinez, second in an exciting series of books described as "Horatio Hornblower in space."

If it's science-fiction action you crave, you'll want to inspect this month's ranks of military science-fiction titles. Firstly, Jack Campbell's multi-faceted military sf series of The Lost Fleet, set more than 100 years into an interstellar war between two different human factions called the Alliance and the Syndics (and sometimes including aliens), is so popular and vast that it has spawned spin-off series. One of those spin-o

ffs is Beyond the Frontier, the latest book of which is Steadfast. In Steadfast, Alliance Admiral Geary must transport a captured warship and representatives of the alien race of Dancers back to Alliance space, something the Syndicate Worlds regime attempts to stop no matter what the cost. Meanwhile, Ian Douglas' fifth book in the Star Carrier series, Dark Matter, takes place during the civil war between The United States of North America and the Earth Confederation. The Confederation wants to limit human technology and give in to the demands of alien Sh'daar, thus becoming part of its ever-growing empire. The USNA believes that would lead to the end of the human race. Does mankind's salivation lie with aligning forces with an even bigger, newly discovered alien race? And finally, for a splash of alternate history with your military sf, check out Deadly Shores by Taylor Anderson, the latest in the Destroyermen series, in which an American destroyer and a Japanese battlecruiser are transported from the early days of WWII to an alternate world that includes a peaceful race evolved from lemurs (the Lemurians) and a warring race descended from Velociraptors (the Grik). In Deadly Shores, the plans of the transplanted humans continue their raid into the heart of the Grik Empire.

Fantasy fans also have much to look forward to in May. Elizabeth Moon's epic Crown of Renewal offers readers a variety of interesting things, including the rebirth of magic, intrigue, a quest for mysterious relics and the fate of the world hanging in the balance. In My Real Children by Jo Walton, a woman named Patricia Cowan is faced with two sets of conflicting memories, one that is similar to the reality we know, and another that's altogether different, including personal aspects of Patricia's own life. Sworn in Steel by Douglas Hulick sees the newly appointed Grey Prince of the underworld undertaking a mission to clear his own name of a murder which he never committed. For more traditional sword-and-sorcery fare, check out Chris Willrich's imaginative fantasy The Silk Map, in which a poet and her thief husband embark on a dangerous quest to recover their son at the behest of a demigod.

Finally, for a little bit of meta-imagination, try Paul Kearney's The Way to Babylon. In it, a fantasy writer named Michael Riven retreats to an isolated cabin, only to be led by strangers into a magical realm of Minginish, where his own novels were set.

If urban fantasy is more your speed, you're in luck. This month sees the publication of the latest novel in Jim Butcher's wildly popular Dresden Files series. Skin Game puts Harry Dresden, Chicago's only professional wizard, at the mercy of a band of supernatural villains who want to use Harry's abilities to help them break into a high-security vault to steal the Holy Grail away from Hades himself. And if you like fantasy detectives, you'll also want to check out Hot Lead, Cold Iron by Ari Marmell, in which a 1932 Chicago wizard named Mick Oberon is hired to find a mobster's long-lost daughter, who was kidnapped years ago and replaced with a changeling.  London, meanwhile, has its own issues and its own detective. The Severed Streets by Paul Cornell features Quill, a detective who is relatively new to the supernatural underbelly of the city, which plays into his latest case: a string of murders that resemble those of Jack the Ripper.

If you like a little paranormal romance in your urban fantasy, seek out The Given, the conclusion to Vicki Pettersson's acclaimed Celestial Blues series in which the angel/private-investigator Griffin Shaw learns that the wife he thought had died in the accident that took his own life survived...which spells bad news for the relation

ship he's formed with "Kit” Craig. Sparrow Hill Road by Seanan McGuire is about Rose Marshall, a 16-year-old girl killed by a man in 1952 who intended to use her life as payment for selling his own soul. Now, Rose is a hitchhiking ghost girl who roams the country, ever on the run from the man looking to collect on a debt to which she never agreed. If you like the elements of both urban fantasy and traditional fantasy (like fairies, magic and monsters), then consider checking out Queen of the Dark Things by C. Robert Cargill; it's got a modern-day, honest-to-goodness wizard whose past deeds have now made him known to his enemies. Finally, all urban fantasy lovers will find something to like in Paula Guran's anthology Magic City: Recent Spells, which features some great stories by Holly Black, Scott Lynch, Catherynne Valente, Patricia Briggs, Jonathan Maberry and more.

Looking for something a little more...weird? Your first stop should be the new Weird West anthology by John Joseph Adams. Dead Man's Hand features 23 original and gloriously weird tales from Elizabeth Bear, Tad Williams, Joe R. Lansdale, Seanan McGuire and more. Or, for more weirdness, check out the over-the-top pulpishness of Steven S. Drachman's dime-store duology The Ghosts of Watt O'Hugh and Watt O'Hugh Underground, in which a man born in 1842 embarks on a time-traveling journey throughout Earth’s history, including the Old West.

Short fiction lovers shouldn't feel left out. Besides the ones listed above, May will see publication of the following worthwhile multi-author anthologies and single-author collections:

¨  Sergeant Chip and Other Novellas by Bradley Denton

¨  The Best Science Fiction and Fantasy of the Year: Volume Eight edited by Jonathan Strahan

John DeNardo is the editor of SF Signal, a Hugo Award-winning group science-fiction and fantasy blog featuring news, reviews and interviews. You can follow him on Twitter as @sfsignal.