Boehner to Cruz on Audiobook: ‘Go Fuck Yourself’ 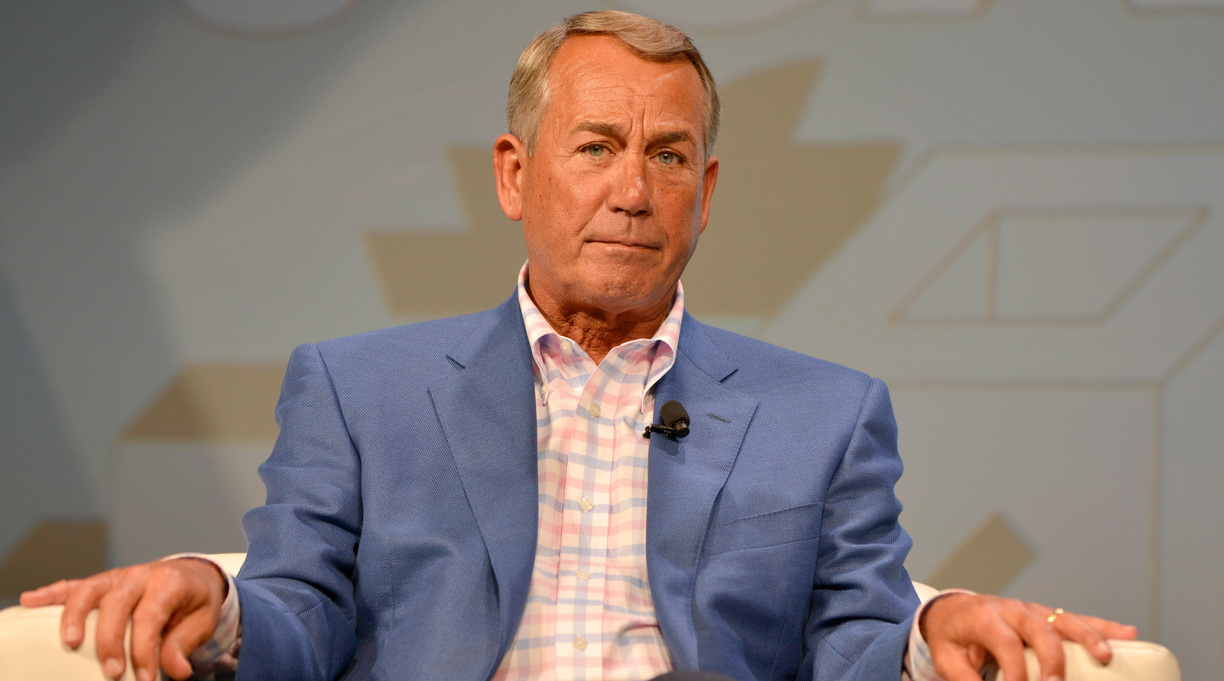 It appears that former Speaker of the House John Boehner is not a fan of Sen. Ted Cruz.

Axios reports that Boehner went way off script while recording an audiobook, uttering, “Oh, and Ted Cruz, go fuck yourself.”

The former congressman made the colorful remark while narrating the audiobook version of his On the House: A Washington Memoir. According to unnamed sources who spoke to Axios, the audiobook, which Boehner recorded while drinking his beloved red wine, “will be sprinkled with Boehner’s unfiltered, baritone, inner monologue.”

Cruz is spectacularly unpopular with his colleagues. Former Sen. Al Franken once said, “I probably like Ted Cruz more than most of my colleagues like Ted Cruz, and I hate Ted Cruz.” And in 2016, Sen. Lindsey Graham joked, “If you killed Ted Cruz on the floor of the Senate, and the trial was in the Senate, nobody would convict you.” (At least we think it was a joke.)

Cruz has recently drawn fire for taking a vacation to Cancún, Mexico, while his home state of Texas was in the midst of a severe energy crisis sparked by the recent winter storms.

David Schnittger, a spokesman for Boehner, told Axios, “I can confirm there were some off-script moments during his recording of the audiobook. He pretty much just let it fly, as he did when he was working on the book itself.”

Boehner himself seemed to confirm the report, tweeting, “Poured myself a glass of something nice to read my audiobook. You can blame the wine for the expletives.”

Poured myself a glass of something nice to read my audiobook. You can blame the wine for the expletives. #OnTheHouse #13Apr2021 pic.twitter.com/5uN709ipOs

On the House is slated for publication, in hardcover and audiobook formats, on April 13.