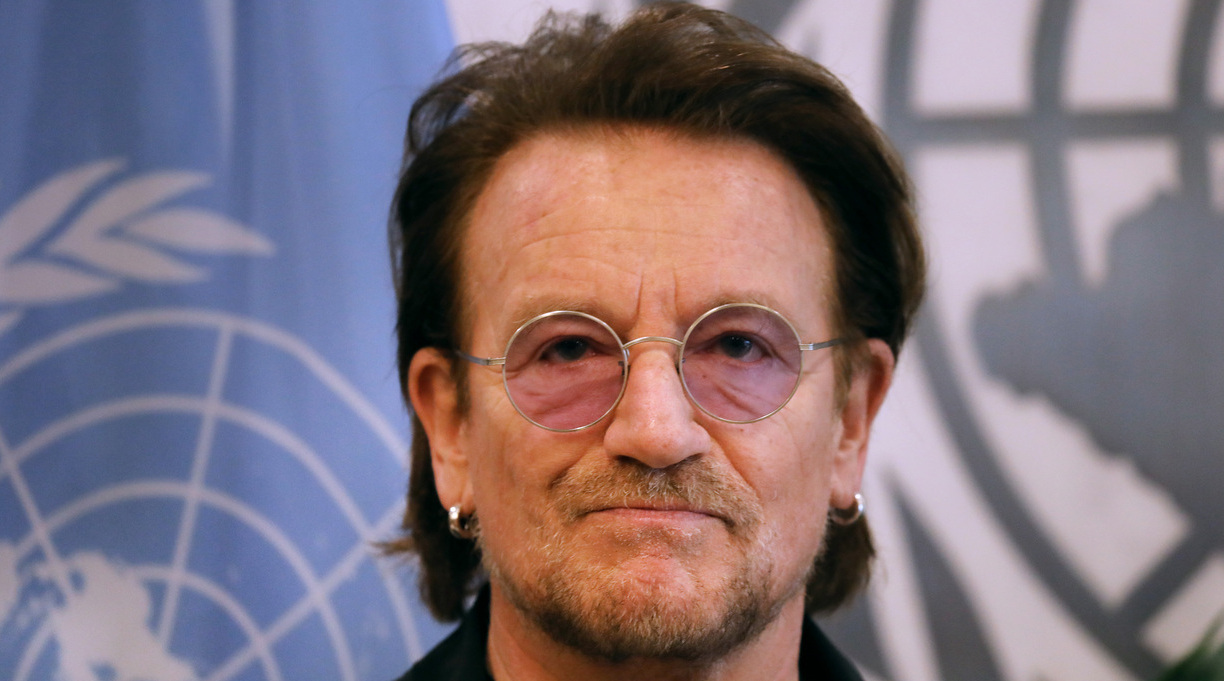 Irish rock musician Bono offered readers a glimpse of his new memoir with an excerpt published this week in the New Yorker.

The U2 frontman writes about the death of his mother, Iris Hewson, in Surrender: 40 Songs, One Story, which Knopf will publish this fall. A critic for Kirkus called the book “chatty and self-regarding but pleasantly free of outright narcissism. A no-brainer for U2’s legions of fans.”

“I have very few memories of my mother, Iris,” the singer writes. “Neither does my older brother, Norman. The simple explanation is that, in our house, after she died she was never spoken of again.”

Iris Hewson died in 1974 after suffering a brain aneurysm at the funeral of her father, who had a heart attack on his wedding anniversary. Bono was 14 years old at the time.

“Everybody crowds around,” Bono writes of the moment his mother collapsed. “Iris is one of eight from No. 8: five girls and three boys. They’re weeping, wailing, struggling to stand. Someone realizes I’m here, too. I’m fourteen and strangely calm. I tell my mother’s sisters and brothers that everything is going to be O.K.”

Bono has written about his mother before, notably in the 1980 song “I Will Follow,” a staple of U2’s live performances. “A boy tries hard to be a man,” Bono sings on the track. “His mother takes him by his hand / If he stops to think, he starts to cry / Oh, why?”

Surrender is scheduled for publication on Nov. 1.