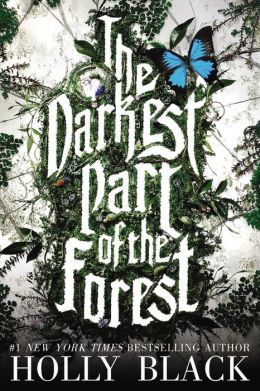 Happy holidays! Now that 2014 is nearly over and 2015 is around the corner, I can’t think of a better way to spend the last days of the year than organizing my virtual bookshelves (yes, that’s a thing I do over the holidays). One of them is the Must Have 2015 Books.

I am going to start with the obvious: My most anticipated read of 2015 is, hands down, Ancillary Mercy by Ann Leckie. It’s the third book in the Imperial Radch series, and follow-up to the incredibly successful Ancillary Justice and Ancillary Sword. We don’t know anything about the plot yet and we have to wait until October to read it. How am I going to do that?

By reading other anticipated books each month, obviously. Let the countdown starts!

In January, we get a new Holly Black novel, The Darkest Part of the Forest,by all accounts so far one of her best books (which, you know, says a lot since her books are all incredible). It’s a dark fairy tale retelling in which sleeping beauty is a guy, the knight is a girl and I don’t need to know anything else to want to read it.

In February, there is a new b

ook coming from one of my favorite authors, Andrea K. Höst. The Pyramids of London is alternate history in which Rome and Egypt still kinda rule the world and it looks like it’s Steampunk with vampiric God-Kings and I am so excited about it.

Then in March, we finally get to read Rachel Hartman’s Shadow Scale. Sequel to 2012’s Seraphina, one of the best YA Fantasy novels of recent years, we all have been tenterhooks waiting for this sequel. Also in March, we get the first book from Saga Press, which is a new Simon and Schuster imprint for awesome Fantasy and Sci-Fi. Genevieve Valentine’s The Girls at the Kingfisher Club was one of the best books I read in 2014 so I simply cannot wait to read Persona, a near-future thriller.

Another Saga Press book I am SUPER excited about is Ken Liu’s The Grace of Kings. Out in April, this is the first in an epic Fantasy series. I have loved Ken Liu’s short stories for a while now and can’t wait to read his first novel.

I am Princess X by Cherie Priest c

In June, Daniel José Older’s first YA novel Shadowshaper comes out. It’s Urban Fantasy based on Caribbean legends with a side of art and has the most beautiful cover of this lot. I can’t wait to read this novel.

July brings another highly anticipated read, a sequel to another one of my favorite books of 2014: Cixin Liu’s The Dark Forest,the sequel to excellent geek-fest Science Fiction Thriller with Aliens, The Three-Body Problem.

In August, there are two books I need to get my greedy pawns on: The Fifth Season, which kick-starts a new N. K. Jemisin (it’s been so long since her last novel!) post-apocalyptic Fantasy series. Then we get a new novel from Aliette de Bodard—another author whose novellas and short stories have blown my mind away. The House of Shattered Wings has alchemists and witches in early 21st century Paris.

SEPTEMBER! (ONE MONTH TO GO!): and here I get to read the first part of the next Avatar: The Last Airbender comic series. Ever since the show—the best show I have ever EVER watched in my entire life—ended (woe), I have been consoling myself with the comics. Smoke and Shadow focuses again on Fire Lord Zuko (yay!). If you were a fan of the show, I highly recommend the comics, as they are excellent and capture the voice and the feel of the series really, really well.

And then it’s finally time for Ancillary Mercy! Phew.