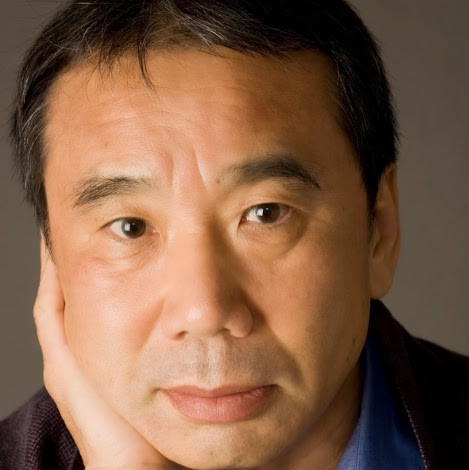 Do cats understand us? That’s a question that, with variations, has excited more than its share of literature, from Alice in Wonderland to William Burroughs and countless points in between. Both of those connections, Carroll and Burroughs, intersect in the whimsical geography of books in Haruki Murakami, who, for the last year or so, has been writing an informal web column that is somewhere between advice and random thinking aloud, prompted by queries from readers. You’ll need to know Japanese to read the original, but there’s talk that a book will ensue, increasing the likelihood that readers of English will have access to Murakami’s answers. In this case, Murakami doesn’t propose a firm answer, though he firmly asserts that cats are egotistical beyond belief or redemption. As to the young reader who, worried about being 28 and having not much to show for it, asks him for guidance, Murakami, himself a slow starter, suggests that she chill: “28 is not really ‘adult.’ You’re only just beginning.”

That’s all well and good. We have to wonder, though, whether advice by a writer so impossibly tidy as Murakami can really find a footing in the real world. Ah, but it’s Murakami, so perhaps “real world” doesn’t quite apply.

Cats don’t enter into the discussion, but Murakami surely does when David Mitchell is in conversation. The brilliantly idiosyncratic British writer, who has been exercising his own form of japonisme for years, tells a reporter for the Japan Times in a recent interview, “Haruki Murakami at his best is up there with the very best.” He is less complimentary when it comes to Yukio Mishima, a would-be 1 percenter who is slowly fading from literary memory: “Doubtless being the young Mishima of ‘Confessions of Mask’ wasn’t a picnic, but try being poor or burakumin (former outcast class) or Korean or blind or a hibakusha or in a wheelchair or living with autism, and then write a book about the existential torture of a healthy privileged Japanese upper-class life,” says Mitchell, channeling his inner Beat Takeshi.

On April 19, we’ll learn which of 25 nominated titles on the University of Rochester’s list will make up the 10 finalists for the Best Translated Book Award. We praised many of the books on the longlist, including Kamel Daoud’s The Meursault Investigation, Ludmila Ulitskaya’s The Big Green Tent, and Clarice Lispector’s The Complete Stories. Alas, as Michael Orthofer notes over at his comprehensive world-lit blog The Complete Review, the one major language not represented on this year’s list is Japanese.

And where is Banana Yoshimoto these days? She’s been out of the limelight for years, perhaps still smarting over some of the critical drubbing she’s taken. (We loved The Lake, but not Amrita.) She might take some comfort to know that Charlotte Brontë came under fire in her day for some of the same sins, from excessive sentimentality to unidimensionality.

Does anyone remember the critiques today? No, but we remember Jane Eyre, the novel that, published in 1847, remains a standard of Victorian fiction and now of world literature. We’re fast upon Charlotte’s 200th birthday, which falls on April 21. That event touches off a five-year celebration on the part of the Brontë Parsonage, the museum devoted to Charlotte and her younger siblings, notably Emily (Wuthering Heights) and Anne (Agnes Grey). At the least, it makes a good excuse to read or reread of the tribulations of our young and much put upon governess. Oh, Rochester…