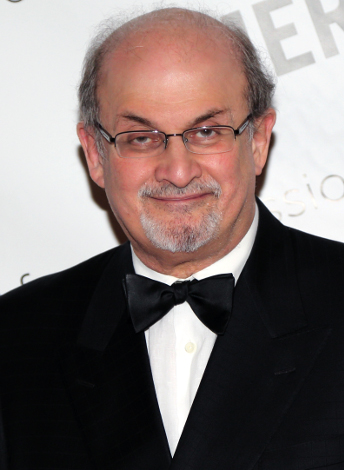 It follows as night does day: A Westerner criticizes or satirizes some element of Islam, and death threats, if not actual killings, ensue. Take the news out of the Czech Republic (or Czechia, if the ruling government has its way): Salman Rushdie’s The Satanic Verses has come in for a new translation there, 27 years after its first publication, and the Saudi government has issued a protest, saying that the book insults its official religion. No word yet on whether a fresh fatwa will come from Medina or Riyadh, but other Islamic governments have expressed displeasure with Rushdie in the last couple of weeks, as when Iran threatened to withdraw its delegation from the Frankfurt Book Fair because Rushdie gave the inaugural address.

Meanwhile, the shortlist for Britain’s Orwell Prize, celebrating the leftist journalist’s devotion to free speech, has just been announced. Of the six books on the list, fittingly, four concern the Middle East, including Emma Sky’s The Unraveling and Jason Burke’s The New Militancy: The Past, Present, and Future of Islamic Militancy, both of which we praised.

She wore a tricorn hat and wrote poems with Muhammad Ali. She was eccentric and brilliant. “I am in perfect terror of Marianne,” said William Carlos Williams of her, referring familiarly to Marianne Moore, who traced her roots to the American Revolution and had much to do with the modernist revolution in poetry of the early 20th century. So why don’t we know her better? There are many reasons, none of them good. James Longenbach’s consideration in the new number of The Nation offers some of the more numerous good reasons to give her work a fresh look.

(Oh, and speaking of the American Revolution: Who knew that numerous veterans of the war lived long enough to have their photographs taken?)

On the poetry front as well comes the news that Juan Felipe Herrera has been reappointed poet laureate of the Library of Congress. The Library was in other news this week: The Senate, its majority members having refused to consider President Obama’s Supreme Court nominee, is at least giving Carla Hayden a chance to work through the confirmation process to become the new Librarian of Congress. If confirmed, she would be the first African American and the first woman to lead the Library.