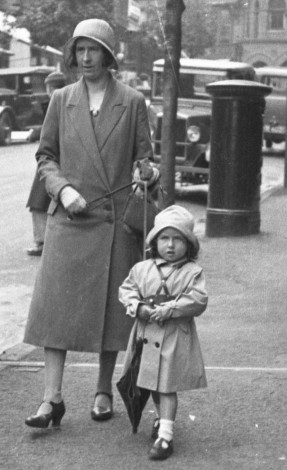 Keep your children on a tight leash!

Bookstores may be looking a bit healthier than in days past, as we have recently reported, and readership may be holding steady and even rising, but one category of book reading and book buying seems to be inexorably slipping: that of literature. According to the National Endowment for the Arts, whose Annual Arts Basic Survey was released late last month, about 47 percent of adults read a literary work in 2012, but only 43 percent in 2015. The NEA definition of literature is genre-based and rather broad; it would seem to mean fiction, poetry, and short stories, so that, say, Fifty Shades of Grey is given statistical parity with Thomas Gray’s “Elegy in a Country Churchyard.”

Since only one in four adults reports not having read a book for pleasure in the last year, it would seem that a golden age for nonfiction is thus beckoning. Of course, it could all be down to the malign influence of careerist-minded parents, who, Steven Pearlman writes in the Washington Post, are steering their college-aged offspring away from history, comparative literature, classics, and the like and toward engineering and business—fields that will keep the millennials out of mom and dad’s basements after graduation, in other words. Why not read Cervantes or Chekhov? Because, Pearlman notes, “Our parents won’t let us.”

Let’s take a bit of comfort in the words of Shawn Blanc, a well-known digeratus who is also a bookworm, and who formulates his own rules to support the claim that he buys far more books than he reads: in a nutshell, when in doubt, buy. When curious, buy. When looking for a gift, buy. “Basically, I don’t debate over if I should buy a book or not,” writes Blanc. “I just buy it.” It’s just the right attitude, and one that ought to cheer the good folks at the NEA.

We note with sorrow the passing of Ignacio Padilla, who, in 1996, issued what is known in Mexico as the Crack Manifesto, a title that spoke to and for a Gen-X crowd raised not just in a time of crack cocaine but also in a time of broken educational values. The title refers less to the narcotic than to the idea of rupturing a tradition  of García Márquez–inspired magical realism in favor a grittier view of the world, and it made a difference; soon after came Roberto Bolaño, and then Yuri Herrera, and then Valeria Luiselli and others, all pushing Mexican and Latin American literature in different directions. Padilla, whose last book was on Cervantes, was 47.

Why does Tom Wolfe have it in for Noam Chomsky? Politics, perhaps: Each inhabits a polarly opposite point on the political spectrum from the other. Wolfe’s latest book, The Kingdom of Speech, has been drawing some heated criticisms from linguists, political commentators, and biologists, who object to Wolfe’s would-be takedown of Chomsky’s notions of genetically encoded aspects of language and, by extension, of Charles Darwin’s ideas of natural selection and evolution. A few evenhanded critiques have been mounted as well, but mostly people are just ticked off at Wolfe, which probably makes him happy. Right or wrong, it’s good to see a

It’s also good to see great evolutionary scientists and their champions honored. Eighteen million years ago, in what is now Australia, a kitten-sized marsupial lion made life difficult for tiny birds, insects, and other denizens of the rich world that Sir David Attenborough has been bringing to viewers and readers over his long career. Researchers who discovered the species last month named it for the broadcasting hero: Microleo attenboroughi.