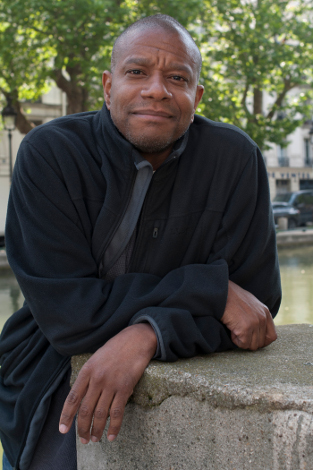 What’s the scariest thing you can think of? Style points for answering “a Trump presidency,” but no, we mean with Halloween coming along and all that. One answer comes in an essay published, perhaps prematurely, at the very beginning of the summer, where Lisa Rosman gives a nice nod to one of the scariest things ever committed to print or film: Stephen King’s The Shining, which, on its publication 40 years ago, a reviewer for Kirkus called “back-prickling indeed despite the reader’s unwillingness at being mercilessly manipulated.” Mercilessly manipulated? Yes, and that’s part of the deal, as a smart essay by Hephzibah Anderson on the secret meaning of ghost stories points out: “As the nights draw in,” she writes, “there’s nothing quite as satisfying as scaring yourself witless with a good old-fashioned ghost story.”

We scare ourselves, in other words, because it pleases us to do so. We scare ourselves because it’s in our very nature to do so, even, as anthropologist Julien d’Huy suggests in a recent article touching, in part, on the ancient and widespread story of the monster in the cave. We may be afraid of diverse but real things in real life—as the newest Chapman University survey of our top 10 fears notes, we’re supremely scared of terrorists, even more so of corrupt government officials—but in our eldritch dreams we fear more arcane things. Take, for instance, that shadowy presence that lives in the attic or the storm drain, or, in Guillermo del Toro territory, the murdered schoolboy down in the well, or the dearly departed servants who work malevolent mischief in Henry James’ still startlingly scary Turn of the Screw…well, all such things fuel our literary fears and more, making James and King and Oates and Lovecraft and all the others who interpret them so eerily such welcome company at this time of year. Boo!

Scary they may not be, but it being the time of year of the Great Pumpkin, it’s worth noting the newly revamped line of Penguin Modern Classics in all their orange splendor. It’s fitting that one of the inaugural titles is Arthur Miller’s play The Crucible, in which the Salem witch trials meet the Cold War, something that, courtesy of some recent intransigence on the part of Putin and company, still scares us silly.

And speaking of classics: It’s long been rumored that Will Shakespeare owed more than a favor or two to Kit Marlowe, who had the misfortune of dying in a bar fight when he was just 29 years old. Just how much has recently been made clear thanks to the power of Big Data. As The Guardian reports, computer analysis of the relevant texts indicates that Kit’s hands were all over the manuscript of Henry VI, so much so that Oxford University Press is now giving Marlowe coauthor credit. Apparently it was an open secret back in the day, but one lost to history. Or, as the play would have it, “To say the truth, this fact was infamous . . .”

We fear the dead, though we should fear the living much more. A writer who recently joined the ranks of the departed is Thom Jones, who lived a tough life that yielded tough stories such as those collected in his gritty book Sonny Liston Was a Friend of Mine. Fascinated by boxing and the violence of ordinary life, Jones made Chuck Palahniuk look cuddly—and that’s saying something. RIP.

We fear words, too. One in particular that gets all sorts of circumlocution is the n-word, which has given the ghost of Mark Twain so much trouble in recent years. Whispers of controversy stirred up when an heir to Twain’s satirical vision, the author Paul Beatty, published his decidedly contrarian, decidedly un-PC, n-word-peppered novel The Sellout, which we praised as one of last year’s best novels. Beatty’s daring foray into Swiftian lampoonery has just earned him the Man Booker Prize, arguably the most prominent fiction award for books written in English. He is the first American writer to win the award.

And, of course, we fear the bad clam, the spinach dip past its sell-by date, the botulined burger with our number on it. Should we harbor a

similar fear for Appetites, the cookbook, published at the beginning of this week, by Anthony Bourdain, the Thom Jones if not the Henry James of the culinary set? No, even though his Kitchen Confidential induced a bit of justifiable nervousness among even non-squeamish diners when it appeared in 2000. “If you are looking for a culinary genius to take you to the Promised Land of next-level creativity, look elsewhere,” protests Bourdain, but we’re sure that creativity will abound all the same, resulting in happiness for all concerned except maybe a few errant cows, pigs, and chickens. That’s a horror story all its own, as is the cover by the ever-scary Ralph Steadman . . .