Books in the News: 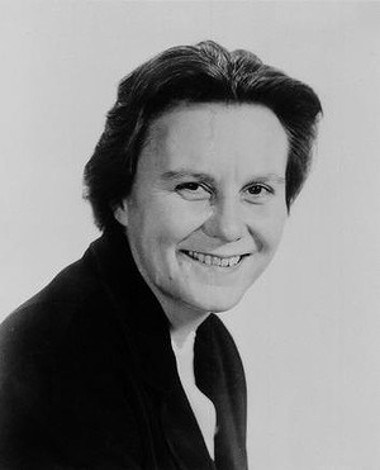 Harper Lee knew, from a very early age, that she was capable of excellent work as a writer, and the letters she wrote to friends—especially Truman Capote, her young neighbor in Monroeville, Alabama—indicate how committed she was to this ideal. The book that grew from her labors, published in 1960, when she was 34, was a record of life in that quiet town in a changing time; as she said in one of the last interviews she ever gave, conducted more than half a century ago, “I would like to leave some record of the kind of life that existed in a very small world.”

Lee added that she meant to do this over the course of several books. The one that she published way back in 1960, when Dwight Eisenhower was still president, changed the world all by itself: To Kill a Mockingbird was an instant classic, assigned a starred review in the pages of Kirkus Reviews, and it provided weight to the growing civil rights movement when, assigned as classroom reading and studied by grownups alike, it exposed the fundamental waste of time, energy, and spirit that racism was and is.

Harper Lee, who died on Friday in Monroeville at the age of 89, withdrew from public life not long after her book, and its 1962 film version, made her famous. Whether she continued to write those books we do not yet know. Last summer, 55 years almost to the day after Mockingbird appeared, its prequel, Go Set a Watchman, was published; we know that it was intended to introduce characters whose thinking would evolve over the course of Lee’s record, and in particular the conservative-turned-somewhat-liberal lawyer Atticus Finch.

Watchman, though, was beset by controversy, and it pleased almost no one. Lee herself seems not to have wanted it published, and that her legacy was wrestled out of her hands by lawyers and intermediaries is, as Ron Charles thoughtfully notes in the Washington Post, nothing less than a shame. Still, Watchman never found the audience that To Kill a Mockingbird did, and the latter book seems safe in its status as a classic meant to guide readers to an understanding of their human obligations.

Umberto Eco, who died on February 19 as well at the age of 84, never had particularly lofty goals with his most famous book, The Name of the Rose. A quiet intellectual with a doctorate in semiotics, an interest in literature, and one of the most splendid private libraries in the world—it’s said to number some 50,000 volumes, half in an apartment block in Milan and half in an imposing manor in the mountains above Rimini, Italy—Eco wrote the novel almost on a dare. A friend, editing mystery novels for a Milanese publisher, mused that it might be interesting to publish a series of such books written by authors with no experience in the genre. Eco went home, he recalled, and scratched out a plot involving a castle, a lot of books, and a secret (and, as he told The Paris Review, “a secret is powerful when it is empty”) on which to found the book’s driving mystery.

And, oh, yes, monks, devotees of knowledge and a search for a truth more mystical than the eminently practical Eco could conjure himself, but one he admired all the same. He followed with other novels, among his books of philosophy and literary criticism, all of which turned on improbable secrets, all of which gave readers around the world immense pleasure and some old-fashioned book learning as well.

Eco once said, “I always assume that a good book is more intelligent than its author. It can say things that the writer is not aware of.” So The Name of the Rose and To Kill a Mockingbird did, carrying the intelligence of their authors far into the world in books that are sure to live on.