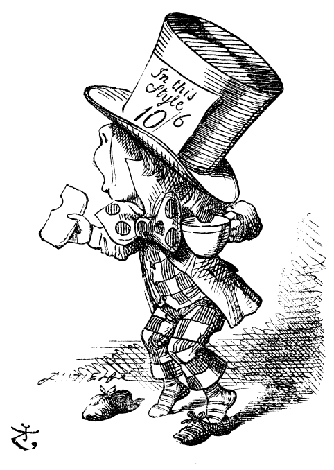 It’s a premise worthy of a work of postapocalyptic fiction: A noted author, perhaps sensing that the time of noted authors is drawing to a close, retreats to her study to write a book that will be buried away, to be unveiled only a hundred years later, long after she is dead. Will there be anyone left to remember where the book is buried? Will anyone still know how to read, and to read the English of today, or will they all talk like the characters in Sandra Newman’s Country of Ice Cream Star?

That’s the risk, and that’s the rub, and besides, collecting royalties is going to be a real pain. But that’s no deterrent to David Mitchell, whose Cloud Atlas paints a memorably gloomy view of a future in which books and learning are the province of just a few. Whatever the case, just two weeks ago, Mitchell completed a book-length manuscript that was immediately spirited away to a Norwegian forest, there to be buried in a time capsule called the Future Library. “I’m not going to answer this,” recalls Mitchell of his first reaction to the invitation to participate. Then he concluded, “There’s good mad, and there’s bad mad”—and, moreover, that the conceit in which the library is wrapped, that of planting a forest now to make the trees on which to print the books a century from now, is a bold vote of confidence in the future. He’s right: it’s odd news, but oddly happy news as well, the lack of royalties, readings, and reviews notwithstanding.

Mitchell is a noted Japanophile, and Japan is noted, among other things, for its innovative horror fiction and films—which may explain why Mitchell’s last book to be published on this mortal plane, Slade House, was a ghost story of sorts. Next door in China, science fiction has been emerging as a strong, popular literary genre. Reports China’s Global Times, several books have made their way outside the country, notably Xicin Liu’s The Three-Body Problem, which we praised as “remarkable, revelatory and not to be missed.” The effect is a curious one of validation: as Chinese books find international audiences, they earn a stamp of approval that increases their popularity at home, allowing the audience to expand and writers to explore, ever more daringly, the subversive and suspect realms that sci-fi encourages its readers to ponder.

On July 4, 1865, while Americans were celebrating the first Independence Day of the post–Civil War era, Lewis Carroll’s Alice’s Adventures in Wonderland debuted in London. It took a while to find readers, in good part because Carroll, unhappy with the quality of the printing, demanded that the first edition be scrapped and a new edition printed. Carroll kept a couple of boxes of books, but most of the rest of the substandard—since called “suppressed”—Alice were pulped. One of the surviving copies, reports Fine Books Magazine, will go up for sale next week, on June 16, at Christie’s in New York. Pre-auction estimates suggest that the book will command at least $2 million.

Muhammad Ali, that larger-than-life poet and master artist of the ring—after all, he threatened an opponent that he

would “play Picasso and put you on the canvas”—died last week, only days before the release of Tim Shanahan’s worthy book Running with the Champ. It’s nothing anyone would have asked for, but Ali’s death nevertheless is drawing attention to that book and its author, a friend  of the boxer’s for four decades. Other books worth revisiting in the wake of Ali’s death are David Remnick’s excellent King of the World and Walter Dean Myers’s The Greatest, both of which ably show why it is that we should esteem the prizefighter so highly. RIP.