Books For Women, Books For Everyone 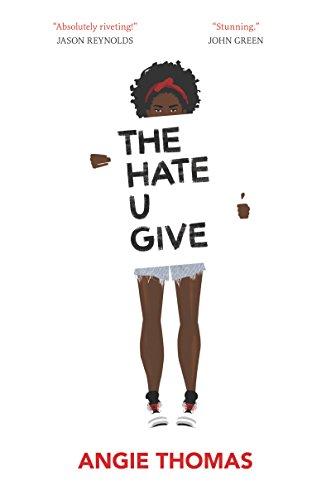 Today (Thursday October 11) is International Day of the Girl.

"On this International Day of the Girl, let us recommit to supporting every girl to develop her skills, enter the workforce on equal terms and reach her full potential. " — UN Secretary-General António Guterres

Since 2012, 11 October has been marked as the International Day of the Girl. The day aims to highlight and address the needs and challenges girls face, while promoting girls' empowerment and the fulfillment of their human rights.

2018 theme: With Her: A Skilled GirlForce

Today's generation of girls are preparing to enter a world of work that is being transformed by innovation and automation. Educated and skilled workers are in great demand, but roughly a quarter of young people – most of them female – are currently neither employed or in education or training.

Of the 1 billion young people – including 600 million adolescent girls – that will enter the workforce in the next decade, more than 90% of those living in developing countries will work in the informal sector, where low or no pay, abuse and exploitation are common.

On 11 October, International Day of the Girl, we are working alongside all girls to expand existing learning opportunities, chart new pathways and calling on the global community to rethink how to prepare them for a successful transition into the world of work.

Under the theme, With Her: A Skilled GirlForce, International Day of the Girl will mark the beginning of a year-long effort to bring together partners and stakeholders to advocate for, and draw attention and investments to, the most pressing needs and opportunities for girls to attain skills for employability.

To be honest, I think a huge chunk of today’s young people will have problems in the future, given the way the world is becoming more and more hostile to the middle and lower classes, but women have always had a harder time of it, even more so for women of color.

So what to do?

My answer is, as always, read a good book.

If you’re looking for escape, a romance novel is always there for you.

But may I suggest a couple other books that offer different insights and, in some cases, a broader look at our world?

In anticipation of the film release, I finally read THE HATE U GIVE by Angie Thomas. The film releases in Madison today, but I’m packing for my trip to El Paso, leaving Chicago tomorrow for two days on a train, so I won’t get to it soon enough.

The book came out in February 2017 to well-deserved ecstatic praise. I listened to it a couple of weeks ago, and add my voice to the chorus. I can’t recommend it highly enough.

Sixteen-year-old Starr Carter moves between two worlds: the poor neighborhood where she lives and the fancy suburban prep school she attends. The uneasy balance between these worlds is shattered when Starr witnesses the fatal shooting of her childhood best friend Khalil at the hands of a police officer. Khalil was unarmed.

Soon afterward, his death is a national headline. Some are calling him a thug, maybe even a drug dealer and a gangbanger. Protesters are taking to the streets in Khalil’s name. Some cops and the local drug lord try to intimidate Starr and her family. What everyone wants to know is: what really went down that night? And the only person alive who can answer that is Starr.

But what Starr does—or does not—say could upend her community. It could also endanger her life.

Kirkus (and everyone else, really) gave the title a starred review and named it a Best Book of 2017 (review here).

The review includes these lines:

Thomas cuts to the heart of the matter for Starr and for so many like her, laying bare the systemic racism that undergirds her world, and she does so honestly and inescapably, balancing heartbreak and humor. With smooth but powerful prose delivered in Starr’s natural, emphatic voice, finely nuanced characters, and intricate and realistic relationship dynamics, this novel will have readers rooting for Starr and opening their hearts to her friends and family.

What makes the book so extremely powerful is that it is completely relatable and accessible, and through Starr—written in first person narration—readers are introduced to the Starr’s complicated choices and the way she navigates two very different worlds, especially when they come together in unexpected ways.

If you haven’t read it yet, you should.

I’ve mentioned THE SUN IS ALSO A STAR by Nicole Yoon before (A Kirkus Best Book of 2016 - review here), but it’s worth repeating, especially in these dark immigration days.

And speaking of immigration, I’d like to take a minute to mention an anthology that was produced to help the victims of the tragic separation of families at the border.

SOMEWHERE OUT THERE: Indie Authors in Support of Immigrant Families

A number of romance novelists took part in the anthology, which includes talent from over 150 independent authors, editors, artists, and promoters, all of whom are donating 100% of the proceeds from the charity volume to non-profit organizations supporting immigrant families detained at the United States borders, particularly charities working to reunite children separated from parents and organizations working to provide legal and humanitarian aid.

The stories included range from contemporary romance to urban fantasy to paranormal romance to horror to comedy, and beyond—they're as varied as the families and people whose dreams we want to support. The contributors come from all over the world, highlighting the international scope of this issue.

The stories we tell can help define who we are. Help us tell one of an international author and reader community coming together to support immigrant families.

So, a fine collection of stories to focus on for International Day Of The Girl.