Can Picture Books Tackle Difficult Issues Like Racism? Can They Afford Not To? 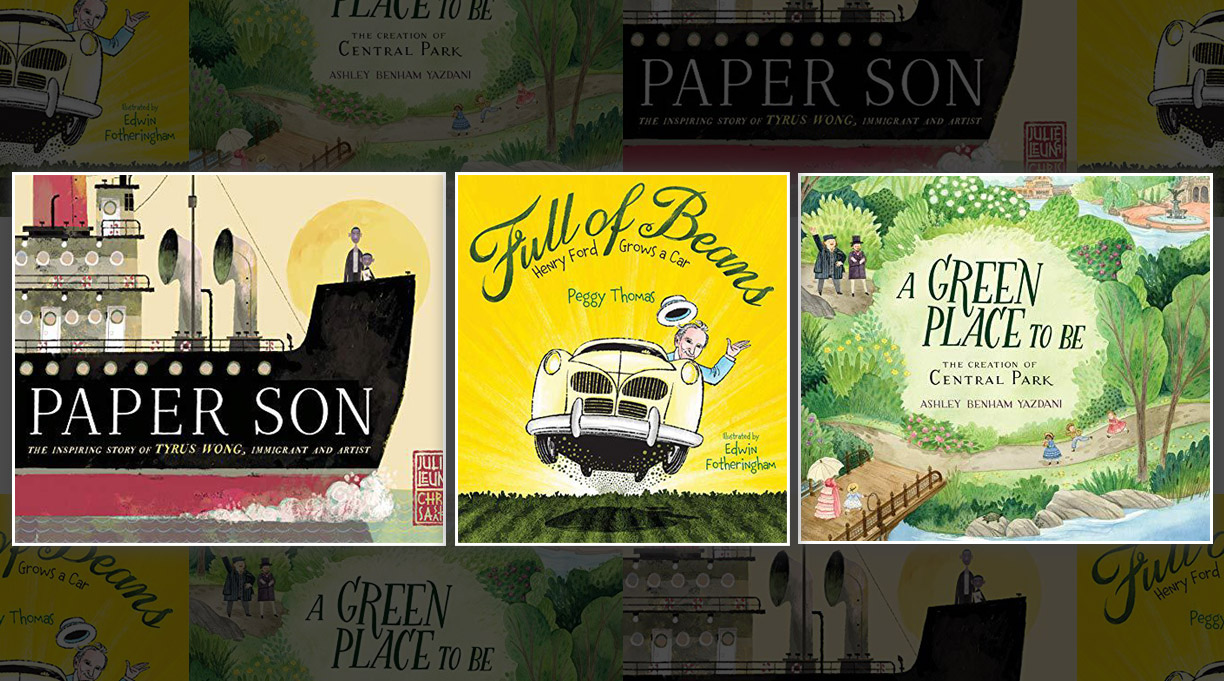 How do we tell the children? That’s a question that bedevils any adult who’s tasked with interpreting a complex world for a child.

Most adults know that there are few if any icons or institutions who were or are without flaw. Thomas Jefferson wrote the Declaration of Independence, and he was a slave owner whose legal property included his own children. Charles Lindbergh flew solo across the Atlantic and admired the Nazis. Martin Luther King led the civil rights movement and routinely slept around.

Far too often, our heroes’ darker sides are concealed from children in favor of a simpler, more palatable binary that celebrates the good while concealing the not-so-good. It’s easy to understand why: There’s only so much space, particularly in a picture-book format, and contextualizing such concepts as Nazism and philandering can be a challenge.

But I feel it’s absolutely necessary.

Take Full of Beans, by Peggy Thomas and illustrated by Edwin Fotheringham. It’s a lively picture book, with a timely environmental theme, about Henry Ford’s Depression-era initiative to provide a market to struggling farmers by developing soybean-based alternatives to some of the traditional materials used in the manufacture of his automobiles. Who knew? But our reviewer expressed her uneasiness about Henry Ford to me privately. He was an important innovator whose work was world-changing. And he was, as my reviewer wrote, “a virulent, extreme anti-Semite [who] lectured about Jewish conspiracy and blamed the Jews for both world wars,” going so far as to purchase a newspaper to promulgate his views. Do we damn the book for celebrating him? No, but we make sure our readers know that nowhere in the book are his anti-Semitic activities mentioned.

Why, one might ask? Ford’s anti-Semitism has nothing to do with his objectively cool soybean work.

We do it because there are college-educated adults in America who are totally ignorant of Ford’s views. This is why I tend to lean toward exposing our icons’ dark sides to children—so they aren’t blindsided later on—or worse, never learn.

We need, as a nation, to be more comfortable with these dualities. Being a human is complicated. Every child learns early on, through hard experience, that their parents, whom most love unconditionally, are imperfect. To hide the dark sides of our national heroes is to pretend that there are perfect people.

Sometimes it’s not a person whose treatment cries out for nuance and context but an institution. In Paper Son, by Julie Leung and illustrated by Chris Sasaki, readers meet artist Tyrus Wong, a Chinese immigrant who entered the country at the age of 9, slipping past the Chinese Exclusion Act by posing as a merchant’s son. He found work at Disney Studios, creating the lush woodland scenes of Bambi. The book adequately celebrated his artistry, we felt, but it downplayed the racism he experienced both personally and professionally. Isn’t it important that readers understand that Disney Studios was not above the racism that’s defined so much of American life? Moreover, in soft-pedaling that racism, the book undercuts Wong’s true achievement in succeeding despite it.

Acknowledging the darkness can be tough. Ashley Benham Yazdani does it in her celebration of Central Park, A Green Place To Be. Instead of plunging right into Calvert Vaux and Frederick Law Olmsted’s genius, she opens with a somber double-page spread that depicts the residents of Seneca Village—mostly African American—as they are evicted to make way for the project. It makes for a strange tonal shift, but it’s a brave move and one I hope to see more and more often.