Celebrating the Best Picture Books of 2014:

2014 was a rich year for books for young readers 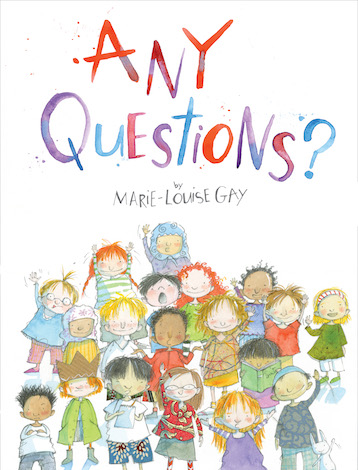 What a year it’s been for picture books. Sometimes it felt as though every single box I opened presented me with a newly inventive variation on this oh-so-important art form. Since most children encounter both fine art and letters for the first time in picture books, it’s heartening to see how robust this slice of the industry is.

The metafictive picture book is still going strong, with such format-bending outings as Deborah Underwood and Claudia Rueda’s  Here Comes the Easter Cat, Kelly Bingham and Paul O. Zelinsky’s Circle, Square, Moose, and Jason Chin’s Gravity.These and others offer a satisfyingly mind-bending experience that attracts attention to the book as artifact as well as deliverer of story or information. Perhaps its most amusing iteration this year is in Any Questions?, Marie-Louise Gay’s celebration of the artistic process, in which a bevy of imaginary schoolchildren prompt an increasingly gleeful and chaotic picture book within a book.

Informational picture books continue to flex their muscles, presenting children with explorations of wildly varied topics, and I found biography to be an especially strong subcategory this year. Keith Richards and his daughter Theodora celebrate the legendary guitarist’s grandfather in Gus & Me; Katheryn Russell-Brown and Frank Morrison present the life of the pioneering jazz instrumentalist Melba Liston in Little Melba and Her Big Trombone; Peter Sís delivers an appropriately dreamlike celebration of Antoine de Saint-Exupéry in The Pilot and the Little Prince. Possibly the most daring is Maira Kalman’s biography of Thomas Jefferson, which presents the man in all his complexity, her lyrically compressed text juxtaposed with painterly illustrations to confront the president as slaveholder as well as revolutionary.

There were so many other wonderful picture books: K. G. Campbell’s yearning The Mermaid and the Shoe, Ashley Bryan’s totally joyful Ashley Bryan’s Puppets, and Bob Graham’s breathtaking Vanilla Ice Cream—which I guarantee will improve anybody’s day at least 200 percent—and so many more. Here’s hoping that 2015 is at least as rich. —V.S.