Celebrating Women in Books and in History 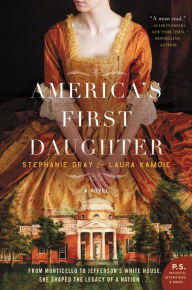 Are you a history fan?

If so, then I hope you also know that March is Women’s History Month.

I’ve often talked (and written) about my belief that the romance industry is arguably the most successful women’s business in history, and also that one of the reasons I love romance novels is that they make us feel more positive, optimistic, and uplifted.

One of the reasons I love historical romance (and historical women’s fiction, preferably with romantic elements) is that it allows us to dip into eras and events that are fascinating and tumultuous—events often told primarily from a male perspective.

Today’s female historical writers are re-imagining some of the most pivotal moments in time through a female lens, and I find this to be a recipe for mesmerizing and intimate storytelling. The stories are often about women’s concerns, women’s lives, women’s hopes and desires.

They actually let women experience sex without being tossed out of society or dying for love. (Crazy right?)

Or even if they’re tossed out, they’re finding friends, opportunities, and things to live for beyond the harsh judgment of a vicious society.

I love historical romance and historical women’s fiction with romantic elements because these stories explore love, and love is the most elemental and powerful emotion we as humans experience. It is also the most positively transformative.

And not just love of a man.

Love of friends. Love of community. Love of family, whether its family by blood or by choice.

This is why I read. For love. For hope. For optimism and aspiration.

This is what I believe in, in life and in books. And, more often than not, th

ese are the stories women are writing, and these are the values their books are celebrating and espousing.

At the Read-A-Romance site, we are celebrating Women’s History Month by exploring The Joy of “HerStory.” Each day in March, a fabulous historical author is writing about their connection to history, and why they choose to write historically-set fiction. (You can see the roster of authors here.)

Donna Thorland kicked off the month with this great sentiment:

“I love romance because in our aisle of the bookstore, women are allowed to win. They can solve the mystery, turn the tide of the battle, get the guy. When I pick up a romance novel, I know that a woman will be at the center of the story and that she won’t be just a plot device. She’s not going to be murdered in the first 10 pages to kick-start the story, relegated to the role of sidekick for most of the action, or awarded to the hero like a good conduct prize at the end.”

Thorland, who in her books explores women of the American Revolution, is also a writer for the WGN series Salem, which explores the Salem Witch Trials and was the network’s first original scripted series. Next week (3/9), WGN will also be launching Underground, a series which follows a group of slaves who plan a daring escape from a Georgia plantation to cross 600 miles to freedom.

Lots of room for female empowerment in those stories, but also tons of drama and heartbreak. The Salem Witch Trials and The Underground Railroad are actually two moments in history about which we tend to think of women first, since the Salem witches were nearly all female, and the Underground Railroad is epitomized by Harriet Tubman.

If you’re looking for a quick history of Women’s History Month, I found this interesting Time article published a few days ago (you can read that here) which includes this line:

“Dedicating the whole month of March in honor of women’s achievements may seem irrelevant today. But at the time of the conception of Women’s History Week, activists saw the designation as a way to revise a written and social American history that had largely ignored women’s contributions.”

And if you simply want to celebrate Women’s History by reading a few good books with great women characters set in historical eras, I definitely recommend the authors highlighted at ReadARomanceMonth.com this month.

Fall of Poppies: Stories of Love and the Great War: I simply love books set in the World War I and World War II eras, and this collection includes many of my favorite historical authors. Plus, they’re short stories so you can savor them in small bits. The full list of authors: Jessica Brockmole, Hazel Gaynor, Evangeline Holland, Marci Jefferson, Kate Kerrigan, Jennifer Robson, Beatriz Williams, Lauren Willig, and Heather Webb. What a gift!

America’s First Daughter by Stephanie Dray and Laura Kamoie (better known to romance readers as Laura Kaye): I’ve heard such great things about this historical novel that follows the trials and triumphs of Thomas Jefferson’s daughter, Patsy. Dray and Kamoie are known as great storytellers, so I’m not surprised women who love historical fiction are raving about it.

And if you’re a romance-only fan, we have some great books out now and others coming very soon:

Julia Quinn’s next Bridgerton novel, Because of Miss Bridgerton, comes out March 29.

And finally, Mary Balogh will be wrapping up her wonderful Survivor’s Club series in May, but she’s also re-released some favorites in e-book format recently. Lady with a Black Umbrella is a book I’ve heard described by a few friends as their favorite Balogh book, which surprised me because I’d never heard of it. But it’s back, and I hope to read it soon:

“Giles Fairhaven, Viscount Kincade, does not believe his life can get much worse after his purse is stolen at an inn before he has paid his bill and when he is set upon by three ruffians in the inn yard before he can leave. But it does grow worse when a little slip of a lady, clad only in a flannel nightgown and wielding a large black man's umbrella, comes to his rescue and puts his assailants to rout….”

And that’s just the beginning!