Celebrity Memoirs: Books by Prince and 5 Others Coming This Fall 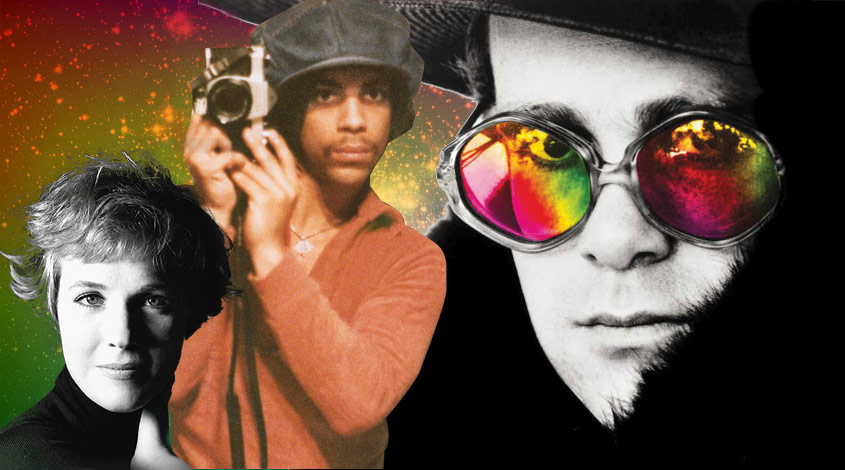 If summer is the time for escapist page-turners, fall is when authors turn inward—at least judging by the sheer number of memoirs due to be published. This year’s crop boasts an especially high number of books from influential musicians and singers from the worlds of country, rock, RB, musical theater, and punk.

It’s surprising that it took so long for Debbie Harry to write a memoir, but Face It (Dey Street Books, Oct. 1) should not disappoint patient fans of the Blondie frontwoman—or anybody interested in the New York art-pop scene of the late 20th century. Harry is disarmingly frank about the strains and perils of being one of the few women in rock at the time and also delves into her relatively underrated acting career and her love of pro wrestling. From Andy Warhol to Andy Kaufman, the book’s rogues gallery is choice.

Elton John has been through it all over his 52-year career, from the glittery highs of immense commercial success to the lows of substance abuse. A few months after the acclaimed biopic Rocketman, which focused on John’s flamboyant early career, comes the more encompassing memoir Me (Henry Holt, Oct. 15). The star has been in the limelight for so long that his story may feel familiar, but it’ll be rewarding to hear it in his own voice.

As its title indicated, Julie Andrews’ bestselling 2008 autobiography, Home: My Early Years, covered the actress/singer’s youth and her early success on the stage. Co-written with Emma Walton Hamilton, her daughter and regular collaborator, this sequel, Home Work: A Memoir of My Hollywood Years (Hachette Books, Oct. 15), starts on the set of Mary Poppins and takes us all the way to That’s Life, a movie she made with her husband, the director Blake Edwards, in 1986.

In March 2016, Prince announced that he was going to work on an autobiography; a month later, he died of an opioid overdose. His posthumous book, The Beautiful Ones (Random House, Oct. 29), isn’t your traditional as-told-to memoir but a hybrid featuring photos, handwritten lyrics, and scrapbook items pulled from the Paisley Park archives. New Yorker and Paris Review contributor Dan Piepenbring, who had been picked by Prince to help put the book together, contributes an introduction to this collage portrait of one of the modern era’s most enigmatic stars.

During the 1980s and 1990s, the Red Hot Chili Peppers were known as much for their antics as for their music. Now their virtuoso bassist, Michael Balzary, aka Flea, provides a bookend to singer Anthony Kiedis’ 2004 autobiography, Scar Tissue, with Acid for the Children (Grand Central, Nov. 5), which retraces his formative years—the book ends as the Peppers begin. Looking back at his youth with a mixture of laid-back wisdom and puckish spirit, Flea paints a portrait of a turbulent kid in the LA of the late 1970s and early ’80s, with an appetite for troublemaking and drugs but also friendship and music.

About a decade ago, country music star Tim McGraw’s daughter expressed concerned about his weight, which prompted him to get in shape. He gave up alcohol and threw himself into exercise. He quickly lost 40 pounds and hasn’t found them again since. “My mind is clearer, my sense of purpose is sharper, and my relationships are deeper,” he recently told People magazine. Now, he shares some of his “maverick” tips for physical and mental fitness in Grit Grace: Train the Mind, Train the Body, Own Your Life (Harper Wave, Nov. 5), a hybrid of memoir and self-help.