A Century Ago, Virginia Woolf Debuts with The Voyage Out 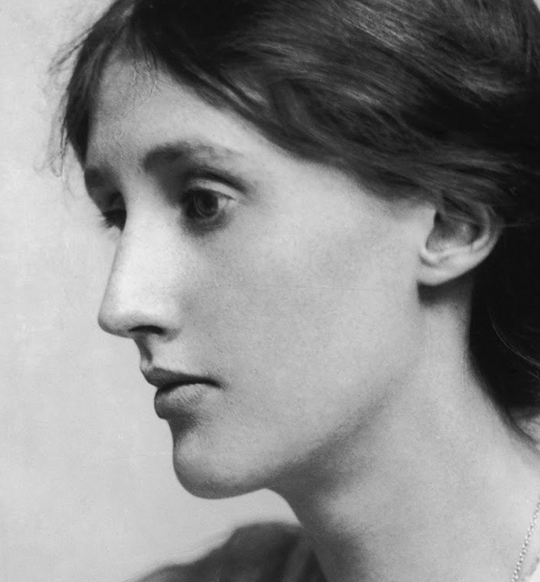 “As the streets…are very narrow, it is better not to walk down them arm-in-arm. If you persist, lawyers’ clerks will have to make flying leaps into the mud; young lady typists will have to fidget behind you. In the streets of London where beauty goes unregarded, eccentricity must pay the penalty, and it is better not to be very tall, to wear a long blue cloak, or to beat the air with your left hand.”

Allowing for the fact that “young lady typist” is an extinct job category, and allowing for the peculiarities of geography, the writer could be addressing the rigors of walking Chelsea, the Nevsky Prospect, or the Ginza, all places where beauty and eccentricity both are in much evidence but where busy passersby seldom seem to have time to notice.

The writer is Virginia Woolf, the year 1915, when, in mid-March, her first novel, The Voyage Out, was published in London. Like Heart of Darkness, its opening takes in both the Thames estuary and the whole sweep of an empire. If it were to claim an immediate cousin, though, The Voyage Out might take up kinship not with Joseph Conrad’s novel but Jane Austen’s Pride and Prejudice as an elaborate, elegant comedy of manners.

Where the people in Austen’s grand confection, though, are generally decent to each other, those in Woolf’s book are very often clueless, perhaps none more so than one Mrs. Dalloway, whom Woolf would call to service in a later book. Aboard a ship bound for South America in the first part of the book, passing their time chatting about rheumatism and the heat, they alternately ignore and chase each other, the women “highly trained in promoting men’s talk without listening to it,” the men single-minded in their chauvinism: “He went on saying ‘No’ to her on principle, for he never yielded to a woman on account of her sex.”

“We don’t seem to understand each other,” concludes young Rachel Vinrace, Woolf’s impressionable heroine, and indeed they don’t. In such a war of each against all, no one can be the winner—no one, that is, but death, which is always waiting around the corner but always picking the wrong person to steal away.

Virginia Woolf was famously interested in the gulf, if not the war, between the sexes, and she delighted in satirizing colonialism and class rigidity. She had worked on the novel that began life as Melymbrosia for almost a decade, and she took pains to develop a way of representing how it is that people think more than how they interact—that is, in writing that reflects the “stream of consciousness,” something for which she would soon become a byword.

People think, of course, of things that they might not easily talk about, at least not in public. So it is in Woolf’s debut, in which uncomfortable subjects emerge that put the lie to the staidness of Edwardian Britain. Without the social upheaval of World War I, her “strange” book, as E.M. Forster called it, might never have appeared. That it did is something for which we can be thankful, a century on.