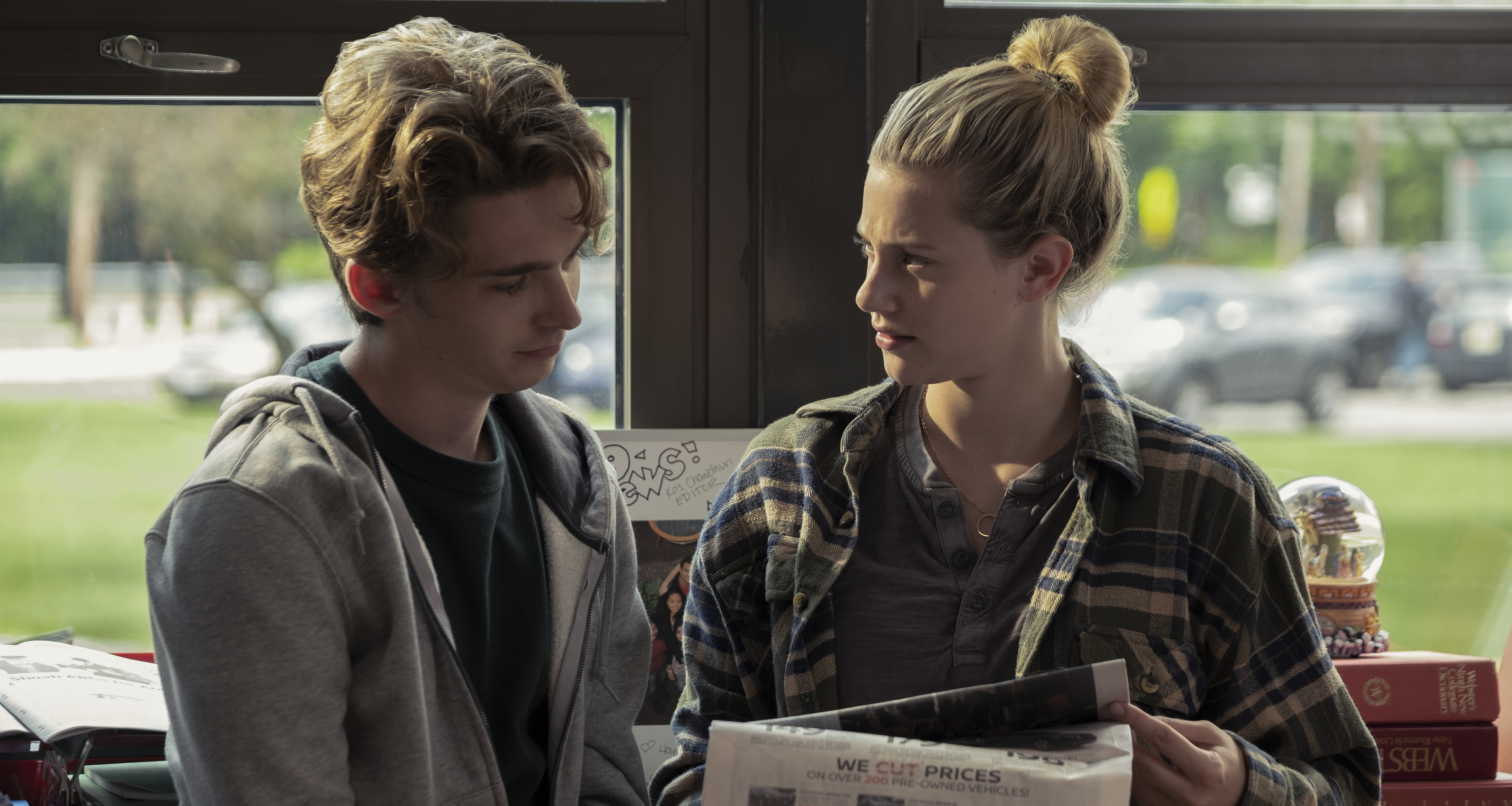 At one point in the Amazon Original film Chemical Hearts, troubled teen Grace Town, earnestly played by Lili Reinhart, lays out one of the movie’s main themes: “There is a reason why when every author from Shakespeare to Salinger writes about young people,” she says. “They can’t avoid the truth: that being young is so painful—it’s almost, like, too much to feel.”

This isn’t a new or profound insight, of course; YA authors have been making the same point for decades. To be fair, though, the line doesn’t come from the movie’s source material—Krystal Sutherland’s 2016 YA novel, Our Chemical Hearts, which, despite its reliance on familiar genre tropes, manages to provide a few surprises.

At first, the novel seems to be another Manic Pixie Dream Girl retread in which a boring boy meets a quirky girl with a carpe diem attitude. In the case of Our Chemical Hearts, the boring boy is high school senior Henry Page, and the quirky girl is transfer student Grace Town, who wears boys’ clothes, reads Pablo Neruda, and says things like “Pretty poetry is wasted on me.” The pair are thrown together when a teacher decides to make them co-editors on the school newspaper. Henry is instantly fascinated by Grace, who walks with a cane and appears to harbor many secrets. She seems to like him, as well, and as they spend more time together, they find themselves more and more emotionally connected.

Refreshingly, the novel manages to make Grace more than just a Pixie cliché. She isn’t a vibrant character who teaches the protagonist how to embrace joy; instead, she’s someone who’s lost the ability to feel much of anything—least of all, joy. Even so, the author can’t help but give Grace some textbook Pixie-ish qualities; she can wield pop-culture banter with the best of them—“Grace Town liked Breaking Bad and Star Wars and Game of Thrones, but not Star Trek or Doctor Who (which was almost a deal breaker, but not quite)”—and, in two key scenes, she takes Henry to a secret, abandoned place: somewhere only she knows, which improbably features a pond full of beautiful fish and a sky full of stars. It’s poignant, sure, but also contrived. Above all, it’s familiar—yet another quirky girl revealing life’s beauty to a callow boy.

At times, Sutherland attempts to excuse the hackneyed YA tropes by having her characters point them out, which comes off as cloying, at best. For instance, Henry and his friends, Muz and La, actively discuss whether Grace is, in fact, a Manic Pixie Dream Girl. La, by the way, is said to be a “self-described ‘diversity triple threat’: half Chinese on her dad’s side, half Haitian on her mom’s, and one hundred percent gay”—which might have been more amusing if the book featured more gay characters or people of color. She also makes Henry, the least interesting person in the cast, the story’s narrator.

Fortunately, Sutherland’s tale abandons its Pixie pretensions to present a nuanced and impressively realistic portrait of grief and depression. She also complicates Henry and Grace’s relationship and takes it to truly unexpected places. The conclusion, too, doesn’t wrap things up too neatly; it’s not a happy ending, exactly, but it is a cautiously optimistic one.

The film, which premieres on Amazon Prime Video on Aug. 21, keeps the main story intact. There are a few changes, though, aside from dropping the word Our from the title for no clear reason. La (Kara Young) gets a charming, onscreen girlfriend named Cora (Coral Peña), instead of one who lives in “the next town over,” and Muz (C.J. Hoff) lacks the bizarre, Crocodile Dundee–esque Australian mannerisms of his print counterpart (who says, when hungry, “I could chew the crutch out of a low-flying vulture”). The pop-culture references—including Henry’s great love of J.K. Rowling’s work—are mercifully reduced, as well.

Director Richard Tanne, who helmed the critically acclaimed 2016 film Southside With You, does a creditable job, and the cast, by and large, is fine; in particular, Austin Abrams, who recently appeared in the HBO series Euphoria, makes Henry more likable than he is on the page. The movie’s greatest weakness, sadly, is Reinhardt, who simply can’t deliver the complex performance that the role requires. (She also co-executive produced the movie, along with Sutherland.) To be fair, Grace Town is a challenging role for any actor—a teenager reckoning with soul-destroying sadness and incipient mental illness. Reinhart, who’s best known for playing Betty Cooper on Riverdale, should be applauded for her attempt, but despite her best efforts, she never manages to lose herself in the role. When she says lines such as “Adults are just scarred kids who were lucky enough to make it out of limbo alive,” Riverdale fans may simply wonder if “Dark Betty” has returned.