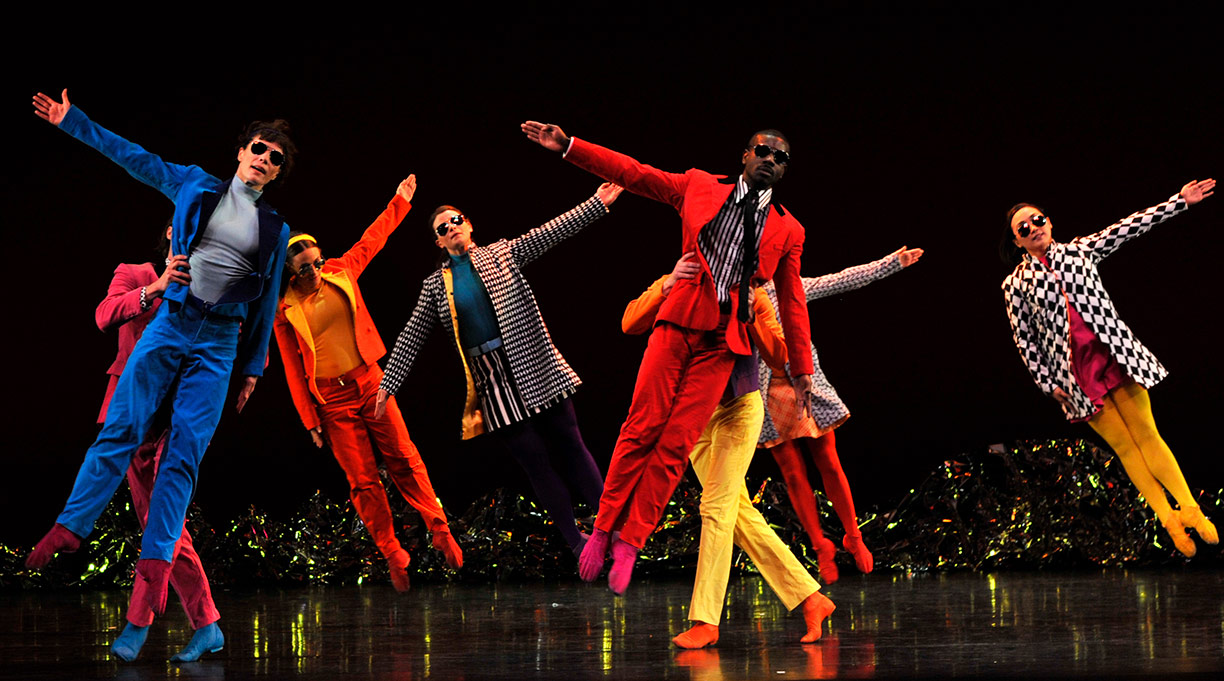 Throughout the aptly-titled Out Loud (Penguin Press, Oct. 22), Mark Morris rarely speaks in hushed tones. The world-renowned choreographer collaborated with Wesley Stace—better known to many as singer-songwriter John Wesley Harding—to recount the upheavals of his Pacific Northwest childhood, detail his devoted friendships (with such luminaries as Mikhail Baryshnikov, Isaac Mizrahi, et al.), and deliver epigrammatic insights into literature, music and, of course, dance. With typical panache, Morris answered questions about his memoir:

How did it happen that Wesley Stace co-wrote your life story?

Wes and I hit it off at a gigantic celebration at the New York Public Library. I talk a lot, and so does he, and so—at his coaxing—a memoir was born. He’d ask questions and I’d respond. His transcriptions anglicized my answers a bit—he spells “colour with a u,” I mean, who thinks that way? We are better friends than we were before—because it could go the other way, right? Wes doesn’t know about dance at all, which is great, because I’m more of a music specialist.

Indeed, Out Loud makes plain that—as a conductor and sometime opera director—you know more about music than, perhaps, any choreographer.

It’s my reference for everything. I was going to say “it’s my destiny” but that’s dramatic—it’s just that I never don’t use music, preferably live. It’s always the stimulus for my work; it is the reason I make up dance. In just about every culture music and dancing are simultaneous and interlinked and I feel that way strongly. You don’t have to, but I do.

I found it amusing that when asked what an audience should “get” from your work, you often reply: “Home safely.” That insouciance got you into a spot of bother in conservative Brussels, as dance director of the Théâtre Royal de la Monnaie from 1988-91. The Belgian press asked for your philosophy on dance and you said…

“I make it up. You watch it. End of philosophy.” I was so innocent, I thought “I’m friendly, people like my work” and couldn’t believe they would have it in for me as an American. Brussels was without question unfathomably difficult but profoundly important and we all lived happily ever after—and got some real unity in my company. Budget-wise and scale-wise I would never have been able to do that work in the U.S.

You’re equally unapologetic about your sexuality in Out Loud. You say to this new generation: “I was super gay on your behalf.”

I don’t mean it like “in my day I walked through the snow for 30 miles every day to be gay,” but I do wish young people were a bit more historically conscious. I want our young female friends to have read Andrea Dworkin and Germaine Greer—all the fabulous radical women who made it possible for pussy hats to be worn at a demonstration.

There’s this fleeting mention of your doing EST.

Yes! So embarrassing. I was sort of at a low point and I thought, well, I’d done TM (as opposed to practicing “mindfulness”—a term I loathe). I did it with a friend and her back hurt terribly so she was on the floor and people said, “You lazy sod you think you’re special?” And I thought “Goodbye, if I want to brainwash and torture myself for a lot less money, I will.”

You’re an atheist, but fascinated by religion. The rituals, the incense…

I was brought up half-assed American Presbyterian and it was just boring finger-wagging. I like that people are good at being Hindus or Wiccans or Jews—I’m not. I’m a friendly atheist; I’m irreligious. The goal that many of us agree on is that it has to do with loving kindness and charity. I want people to do what they want and leave me alone, just don’t kill people.

You write that you “clawed your way up the greased pole of a career.” Deftly, because the New York Times called you “the most successful and influential choreographer alive.” Still, you presided over a big Broadway flop: The Capeman. Would you ever do Broadway again?

I’ll do anything as long as I can like doing it, but The Capeman was hard. One thing I will never do again was what I did for this memoir: I recorded the audiobook! I won’t ever listen to it—I hate my own voice, but I only had two lines of do-overs, and it was six hours a day over four days. It’s for people in L.A. who have to be in cars all the time.

How does having Mark Morris Dance Center in Brooklyn give you a psychological center, if not financial grounding?

The building is a miracle: a community headquarters for people of every age and class and ability: professional dancers, people who are in the Parkinson’s Disease program who are steadfast, terrifying 3 year olds in gangs. It’s really noisy, really serious, and really fun. But no one’s making money. It is not-for-profit with a capital NOT.