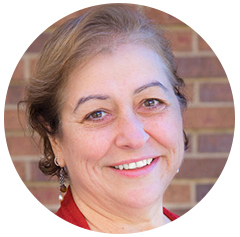 Throughout the reading curriculum of my formal education, I remember stinging realizations that my family didn’t quite fit the myth of the middle-class family that shadowed the school hallways, lurking just behind the plaques memorializing scholastic achievements and the sports trophies. Perhaps because I cannot remember a time when I was unaware of class status in what I read, I now teach to make class visible to students of children’s literature, to make it hard for them to ignore, misread, and read past a book’s overt or more subtle engagement with socio-economic class status.

Once a year I teach I Hadn’t Meant to Tell You This by Jacqueline Woodson, a book topping my list of the 10 most important children’s or young-adult novels ever. The prologue establishes Marie as solidly middle-, perhaps even upper-middle-, class, living in a similarly situated black community. Marie’s world shakes when she meets Lena, a white student dismissed by Marie’s friends as “white trash,” a term Lena herself spits back in ironic self-naming. Many readers misread Marie’s class status because they default to an assumption that black = poor; and sometimes they forget that Lena is white because it’s relatively unusual to find a poor white kid in children’s books.

Woodson doesn’t just revise the typical children’s book script that sees white characters as better off than black and that constructs blackness as invisible or, if visible, as dangerous. Instead, she connects race, class, and gender inextricably. Marie misses the mother who abandoned her, and that gaping loneliness lets her traverse the class and racial barriers in her social sphere. Her professor father’s position affords them financial stability that enables her home to be a safe, comfortable place where she can enjoy personal privacy and into which she can welcome Lena and Lena’s sister. For Marie, motherlessness is deeply sad, but for Lena, it’s hazardous and makes her vulnerable to a variety of abuses from which even her whiteness cannot protect her and from which she cannot guard her sister. Lena’s poverty marginalizes her, and her gender further subjects her to degradation. Her dirty clothing is mocked, and the dirt itself becomes both a self-protective strategy of intentional unattractiveness and a metaphor for the dirt of shame she bears as a poor, female victim of incest. It’s in discussing this metaphor that students begin to tease apart the layers of Lena’s identity, how they differ from Marie’s, and how each character needs to be understood within the context of belonging to multiple social groups that can both privilege and marginalize.