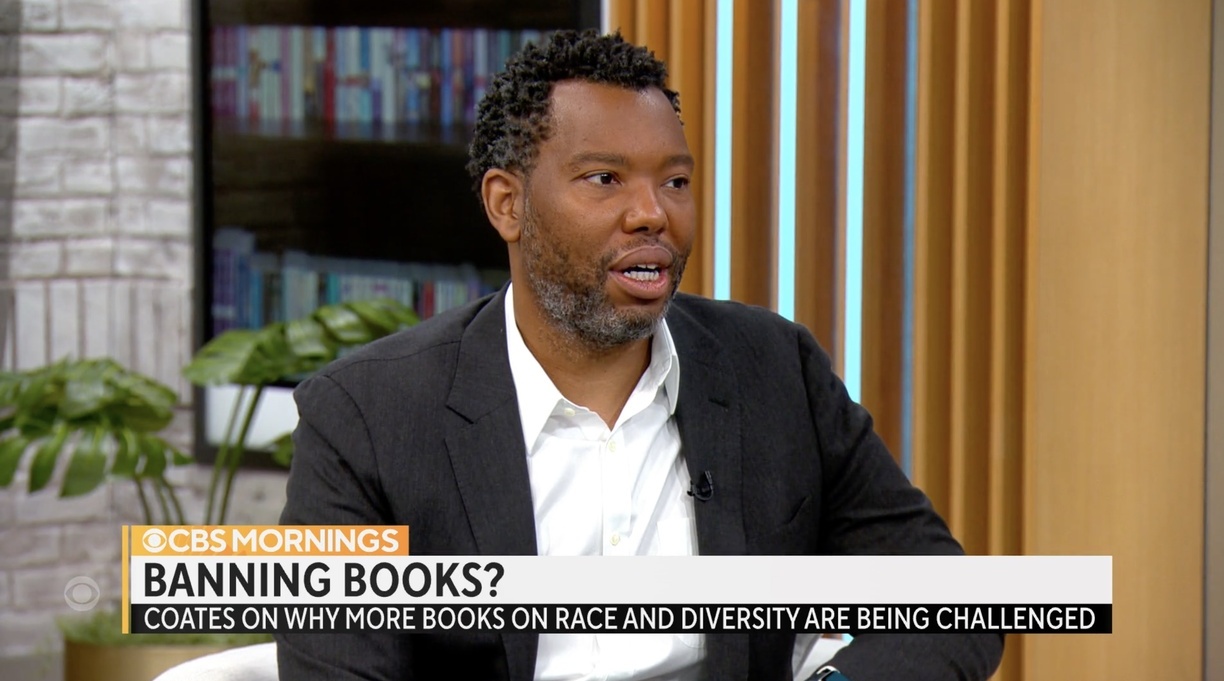 Author Ta-Nehisi Coates kicked off this year’s Banned Books Week by talking about censorship in literature on CBS Mornings.

Coates, author of the frequently challenged books Between the World and Me and We Were Eight Years in Power, discussed banned books with hosts Gayle King, Tony Dokoupil, and Nate Burleson.

King noted that four of the most banned books of 2020 dealt with anti-Black racism, and asked Coates whether he thought that was a coincidence.

“I don’t think it’s a coincidence at all,” Coates said. “I think for most of American history, African American authors have not had the purchase on the American conscience that they have right now.…We’re at a moment where people like Ibram Kendi, people like Nikole Hannah-Jones, they’re reaching a lot of people. Ibram sells a lot of books. The 1619 Project was seen by a lot of people. So this is really about White people and particularly White children now being exposed to ideas that I think previously were segregated, frankly.”

Burleson and King asked Coates how he reacted when he heard his own books had been challenged or banned.

“So I’ll be fine,” Coates said. “Between the World and Me sold a lot of books. I’m OK; I’m still getting my royalty checks. I’m sorry for kids. One of the things I was saying back when we were talking before is my consciousness and my sense of the world was not just formed by Black authors and by authors who validated my world, but by authors who challenged.…When you start saying to a kid or your kids, ‘I only want you to read things that validate my point of view,’ that’s no longer education, that’s indoctrination.”