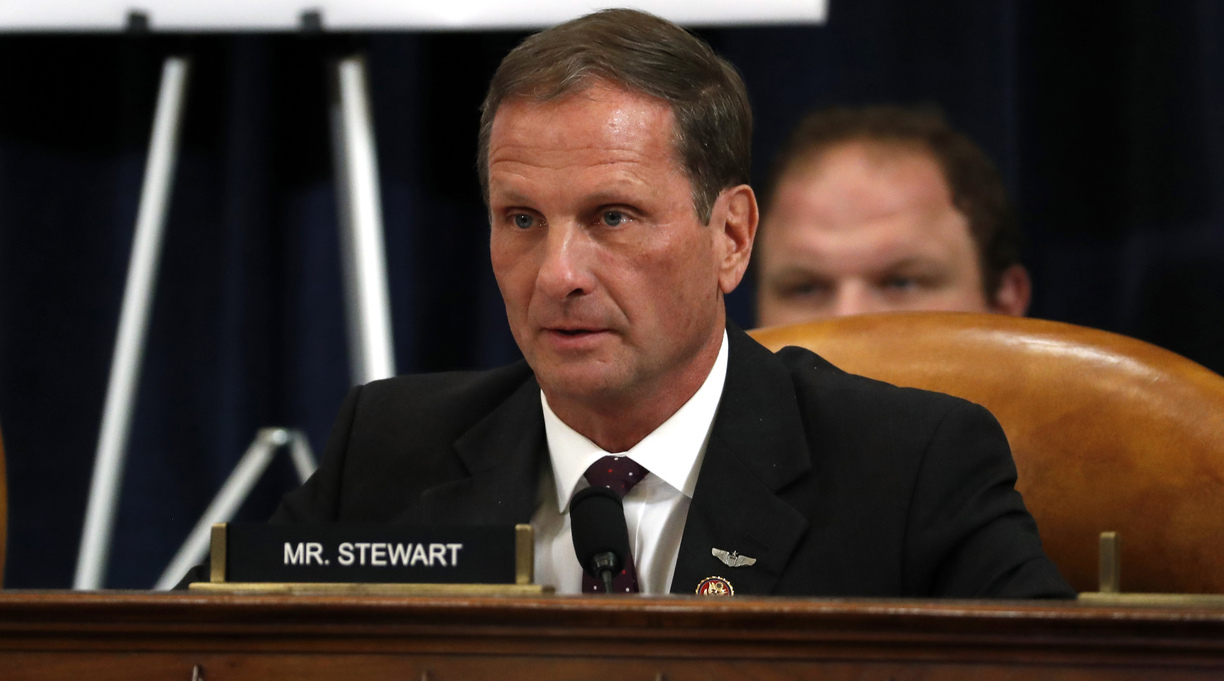 A Utah congressman blasted an open letter that called upon publishers not to release books by members of the Trump administration, the Deseret News reports.

“Is their view going to be that if someone does publish these individuals, that they’ll go burn those books, they’ll ban them?” Stewart said. “I mean, for heaven sakes, this is like Germany in 1936.”

The open letter that triggered Stewart’s ire is titled “No Book Deals for Traitors,” and was written by young adult author Barry Lyga (I Hunt Killers, Bang).

“No participant in an administration that caged children, performed involuntary surgeries on captive women, and scoffed at science as millions were infected with a deadly virus should be enriched by the almost rote largesse of a big book deal,” the letter reads in part. “[T]hose who enabled, promulgated, and covered up crimes against the American people should not be enriched through the coffers of publishing.”

Stewart accused the letter’s signatories of wanting to shut their opposition down.

“It’s frankly just un-American,” Stewart said. “It’s as un-American as anything we’ve seen for anyone to take this view.”

It remains to be seen whether Trump administration veterans will be able to score book deals with Big Five publishers, but it’s unlikely they’ll be completely muzzled. After pro-Trump Sen. Josh Hawley’s book was canceled by Simon and Schuster earlier this month, it was quickly picked up by Regnery, a conservative publisher whose roster includes Sen. Ted Cruz and former Vice President Mike Pence.