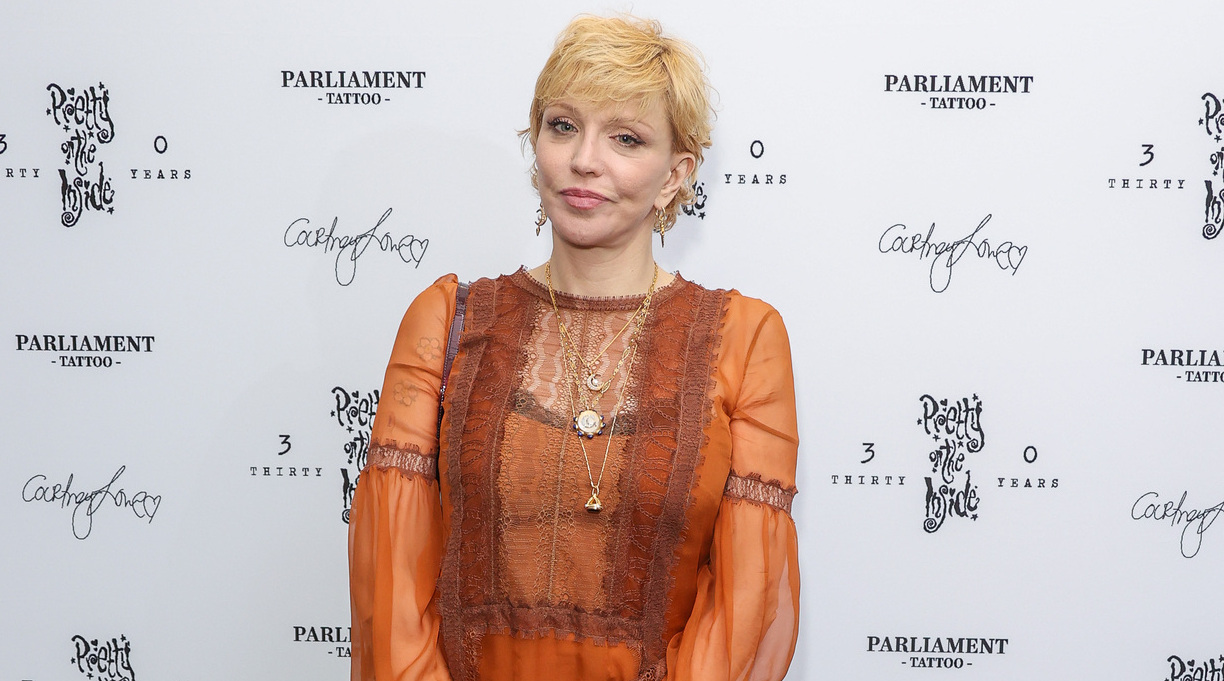 Courtney Love has finished work on her new memoir, but the paper shortage means fans might have to wait a while to read it.

Love, who fronted the influential alternative rock band Hole and was married to Nirvana singer Kurt Cobain, announced on Instagram that she’s completed the book. The post is accompanied by a photograph of her holding a spiral-bound manuscript in one hand and a copy of Walter Wanger and Joe Hyams’ My Life With Cleopatra in the other.

“Dude(s). I think I might have just signed off on my book.…After a fucking DECADE of dragging my ass,” she wrote. “Yeah but the doll is on a FULL MEDIA BLACKOUT (quoting the great Del Rey genius ‘NO-ONE TELLS MY STORY BUT ME’ motto.”

The title of the manuscript appears to be The Girl With the Most Cake, a line from Hole’s 1994 song “Doll Parts.” It was originally signed up by the HarperCollins imprint William Morrow back in 2011.

Love writes that the book will change “the phony rags to riches narrative to include my mothers/families wealth. & My impossibly glamorous af grandmother who went to the Paris collections & would show me the boning & stitches inside of her balmains & Chanel couture pieces etc. Fuck an untrue narrative bc that’s what people ‘like.’”

Love’s mother and grandmother are both writers. Her mother, Linda Carroll, is a therapist whose books include Love Cycles; Carroll discovered as an adult that her biological mother was Paula Fox, author of the classic children’s book The Slave Dancer and novels for adults including Desperate Characters.

There’s no word on a release date yet. Love writes in her post, “There’s a (no kidding) very real paper supply chain back up, so don’t ask me when (The important thing is that it’s good now.)”