David Grossman's A Horse Walks Into a Bar Optioned 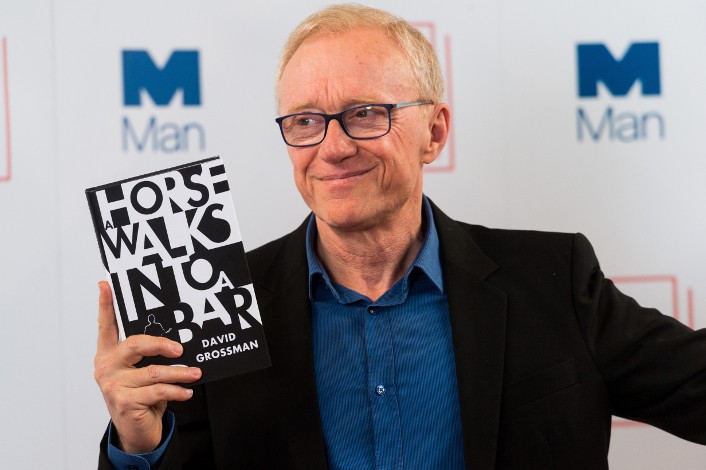 Village Roadshow Pictures is betting on a Horse.

The Australian-American production company has optioned Israeli author David Grossman’s novel A Horse Walks Into a Bar for a movie adaptation, according to The Hollywood Reporter.

The novel centers on the stand-up comedy routine of a man named Dov Greenstein in a small-town Israeli bar. He’s invited a friend to watch and, as Kirkus’ 2016 review put it, “He’s on the stage, it seems, to work out some personal issues and not a little bit of existential angst.” Along the way, the comic refers to Israeli historical events, and his set gets more serious as it goes: “as one audience member protests, ’People come here to have a good time, it’s the weekend, you wanna clear your head, and this guy gives us Yom Kippur.’”

Such a low-key, single-room drama could be a tour de force for a talented comedy actor—although no potential casting has been announced. However, it’s an oddly quiet choice for Village Roadshow, which is best-known for co-producing flashy blockbusters, such as The Matrix series, Mad Max: Fury Road, and Ready Player One, which, of course, was also based on a book (by Ernest Cline). It will be intriguing to see the producers try out new material on a much smaller stage.