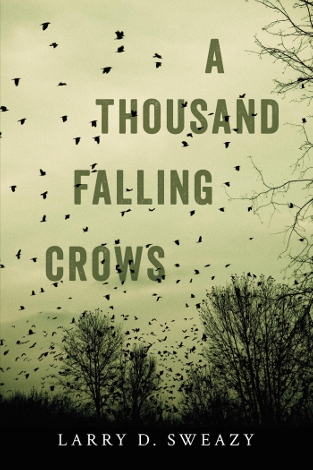 It was late on the night of June 10, 1933, that the notorious Bonnie Parker and Clyde Barrow were nearly killed in an automobile accident on a back road in the Texas Panhandle. And it was all Clyde’s damn fault.

As Jeff Guinn recalls in his splendid 2009 biography, Go Down Together: The True, Untold Story of Bonnie and Clyde, those two misguided young lovers from the wrong side of the tracks in Dallas—whose hold-ups of banks, gas stations, and country stores briefly earned them the “public enemy” status usually reserved for more successful Depression-era offenders such as John Dillinger and Pretty Boy Floyd—were heading north out of Wellington, Texas, a small cotton-farming community. Barrow was behind the wheel of a flashy, stolen Ford V-8, doing a reckless 70 miles an hour, when he missed a detour sign and sailed the big vehicle into a rocky river ravine. A couple of nearby residents rushed to help, pulling Clyde, Bonnie and one of their cohorts in crime from the wreck. The worst off was Bonnie, then only 22 years old, whose right leg had been seriously scalded by acid leaking from the car’s broken battery. (She would never fully recover, but spend her last year of life doing more hopping than walking.)

Although he’d been battered, too, Clyde still had enough presence of mind to retrieve his gang’s weapons from the Ford. And by the time a local county sheriff and the Wellington police chief arrived in their Chevrolet to investigate, Clyde was armed and ready to make hostages of those officers. Appropriating their motorcar, Clyde took them, along with Bonnie and their fellow outlaw, east into Oklahoma, where they left the captives beside a road, handcuffed and tied up with barbed wire.

It’s amid this colorful history that Larry D. Sweazy’s tale in A Thousand Falling Crows begins. The book finds 62-year-old Lester “Sonny” Burton, a longtime Texas Ranger, chasing after Bonnie and Clyde as they speed away from his hometown of Wellington on June 11, 1933. It’s an unfair fight, though, and Sonny—somehow surviving a barrage of bullets and whizzing windshield glass—eventually careens his automobile into a ditch, his last vision before he passes out being of “Bonnie Parker laughing like a maniacal child.” That incident will leave Sonny short one arm and badly placed as he struggles with further challenges Sweazy throws his way.

He may be a resident of Indiana (not exactly cowpoke country), but Sweazy has made a name for himself mostly by penning fiction about the Old West. He won the Western Writers of America Spur Award for Best Short Fiction in 2005, and in 2013 captured the inaugural Elmer Kelton Fiction Book of the Year commendation for The Coyote Tracker, the fifth entry in his series about a 19th-century Texas Ranger named Josiah Wolfe. Sweazy has made forays beyond the bounds of the Western genre (notably with his 2015 novel, See Also Murder, featuring a 1960s North Dakota farm wife and book indexer whose researching skills are transferable to crime-solving), but he seems most comfortable with laconic, hard-scrabble men and situations that compel a bit of gunplay. Both of those are to be found in A Thousand Falling Crows.

At least initially, the removal of Sonny Burton’s formerly dependable right arm—which had grown infected after being hit twice during his shootout with Bonnie and Clyde—leaves him a lesser man in spirit, if not in actuality. A World War I veteran, already widowed, he’s finally forced to give up his occupation as a Texas Ranger, a job he shared with his late father and now shares also with his son, Jesse, an irritable, headstrong man with whom he doesn’t always get along. Loneliness and despair soon conspire to leach hope from Sonny’s days, to make him feel useless in inactivity. “[T]he loss of his arm had made him forget the most basic semblance of things,” Sweazy writes. “Like how to walk standing up straight, or wipe his ass, or fix his own goddamned breakfast. Lucky thing was Sonny didn’t have to learn how to breathe all over again because, as things were, he might’ve just chosen not to take on such a task. It would’ve been easier. Less painful to just stop and give up the effort.”

But just as the ex-lawman is despairing at the need to strap on a prosthetic limb, and about ready to give up on himself, along comes a plea for help and the chance of a fresh purpose to his life.

Desirous of a freer, more exciting existence, a local Mexican girl, 16-year-old Carmen Hernandez, has become mixed up with a couple of bad young bootleggers, identical twins Edberto (“Eddie”) and Eberto (“Tío”) Renaldo, known as the Clever, Clever boys “because their names meant the same thing: clever, inteligente.” The end of Prohibition has left bootlegging a significantly less lucrative enterprise, and Eddie—supposedly the smarter of these two siblings, Tío being a genius with mechanical things but otherwise “slow”—figures the quickest way to erase that deficit is through armed robbery. Unfortunately, he decides they should stick up a market outside of Wellington…and take Carmen, his new girlfriend, along as their getaway driver. Equally unlucky is that Sonny happens to be shopping at that same establishment when the Clever, Clever boys arrive. The ensuing violence sends the Renaldos and Carmen fleeing, and leaves our hero further in doubt of his ability to handle even dire situations. Yet it also brings Carmen’s father, a hospital janitor named Aldo, to Sonny’s doorstep. Though Sonny might be in doubt of his own worth, Aldo Hernandez, expecting no assistance from more racist Texas authorities, sees him as his only hope of finding and saving his daughter before she tumbles deeper into a life of crime.

“You will always be a Texas Ranger, Señor B

urton,” Aldo tells him. “Everybody knows that but you. They did not cut your courage out when they took your arm.”

So, in company with a new hound dog he calls Blue, whom he rescued after accidentally running him down with his pickup truck, Sonny sets off on the trail of the Renaldos, hoping to retrieve Carmen before she meets the same sorry end he expects the not-so-Clever brothers will encounter. Meanwhile, his lawman’s wont for justice is also stirred by a recent string of murders that have taken place around Wellington. The victims are young women not unlike Carmen, who’ve been left for dead in the open, where the local population of crows—who serve here as scorekeepers of the barbarities humans inflict upon one another—wait to feast.

Sweazy shows marked skill at incorporating the sere landscape of Dust Bowl–era north Texas, with its punishing sun and rattlesnakes creeping out of rabbit holes in the gloaming, as an independent character in A Thousand Falling Crows. His portrayal of Sonny Burton’s struggle to rebuild his life in the wake of personal tragedy, and find new goals, new friendship with Blue and maybe even new love, is no less deft. In addition, the author does a fine job of showing Carmen’s evolution from amorous teenager to a thoughtful damsel made desperate both by circumstances beyond her control and a heart divided in its loyalties. It’s interesting as well to see Frank Hamer, the former Texas Ranger responsible for bringing down Bonnie and Clyde amid a storm of bullets in May 1934, given a role here, though it’s not particularly revealing of his character.

Where Sweazy is less successful is in connecting the case of Carmen and the Clever, Clever boys—with its obvious dark parallels to Bonnie and Clyde—with the serial slayings of those other women, and making readers care about the latter story thread. He practically exposes the murderer in his earliest description of the character, and never delivers another plausible suspect. By the time a convenient clue to the culprit’s identity finally drops into Sonny’s lap, what attention we’d been paying to that second investigation has almost been lost. And then Sweazy wraps up the homicide mystery within only a few pages, offering ample drama but the barest explanation of why those killings took place.

While those faults make A Thousand Falling Crows an imperfect book, they don’t diminish its myriad other strengths. It’s not clear whether Sweazy has a sequel in mind. We can only hope he writes one. Soon.