Down with the Blues 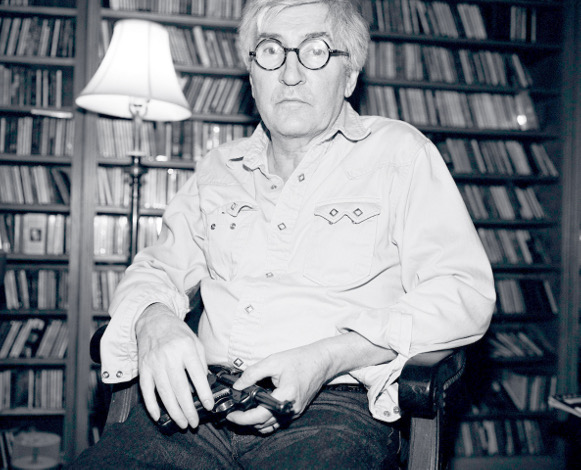 “I never intended to have anything to do with the blues,” writes acclaimed Memphis-based music journalist Stanley Booth in his new collection of essays, Red Hot and Blue. “They came into my life through my bedroom window when I was a child. It wasn’t a matter of choice. What I learned I paid for in experience at the school where they arrest you first and tell you why later.”

Readers will be thankful that even if he didn’t seek out the blues, the blues found him, as the author has spent decades writing about the ever elusive genre as well as other strains of Southern and roots music, including jazz and rock. Though he’s written only three books, Booth is a legendary music writer, having penned numerous significant articles about a wide variety of landmark artists, including Furry Lewis, Blind Willie McTell, Ma Rainey, James Brown, Otis Redding, Janis Joplin, Elvis Presley, Gram Parsons, and, of course, the Rolling Stones, the subject of Booth’s long-gestating, classic 1984 book, Dance with the Devil.

As our reviewer notes, Booth’s characteristic style is on full display from the beginning of Red Hot and Blue: “Plunging in with a humorous—somewhat salty—indictment of contemporary music journalism, so-called authorities on American musical traditions, and the slick treatment of the blues by modern media, Booth stakes his ground, imparting the value of essence over image in music writing.”

In addition to some of his most well-known pieces—e.g., “Furry’s Blues” (about Memphis bluesman Furry Lewis) and “Situation Report: Elvis in Memphis, 1967”—there are numerous other gems to be found in a collection that should be in any blues lover’s library. Indeed, this is “further entertaining testimony from a music journalist whose writing pulsates with the same blues rhythms as the soil and streets in which they were born,” our reviewer writes. Eric Liebetrau is the nonfiction and managing editor.