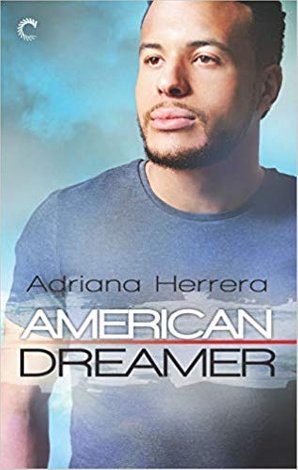 Recently online, I saw a writer attack a reader for saying that while she considered herself an ally, she wasn’t interested in reading gay romance. I mean, attack. And dig in. It was practically bullying. “Not reading gay romance is being a bigot. If you’re not willing to read these books, then you absolutely can’t call yourself an ally.”

So what happened? The reader got angry at her, told her she was being a bit pedantic, and quit her page. I expect she’ll never read her again.

Within the week, I was speaking to a writer friend, and she asked me what I’d read recently that I’d recommend, and I told her about a male/male romance I’d just read that was fantastic.

So I told her that I hoped she’d give them a chance. That one of the great surprises I’d had when I started reading them was that, just like in a male/female romance, you get so invested in the growing relationship between those two individuals that the sex scenes just feel natural. That usually, in a well-written same sex romance, I am just as moved by the love story and the sex between them as in a heterosexual one.

“Interesting. Maybe I’ll give one a chance.”

Anger is valid and yes, there are times when attack works. But I think non-violent communication has changed the world a million times over, much better than violence ever has. It’s all about love.

To be clear, I am not always good at this myself. But I try. And when you’d like to convince someone to give a book a chance, attacking them or shaming them into trying one likely isn’t going to work.

I’m absolutely certain that reader will be less likely to pick up a same sex romance, because that writer was so judgmental and self-righteous, whereas I know for a fact, my friend is more intrigued by them than she’s ever been before.

And you? If you’ve never read one before, especially if you consider yourself an ally, I truly hope you’ll consider picking one up.

The one I was raving about to my friend was Adriana Herrera’s AMERICAN DREAMER, but I’ve since read her second title in the Dreamers series, AMERICAN FAIRYTALE, and I loved them both!

Herrera does an excellent job of weaving internal and external conflicts through the stories, while also shining a light on the distinct challenges that face immigrants and people of color as they take bold steps toward life and love.

The buzz around these books is loud and lauding, and for good reason. The characters are pitch-perfect, and they deal with a number of obstacles, both out in the world and with each other. Refreshingly, one thing they don’t have to deal with is their sexuality, at least in the context of the people closest to them. They are surrounded by friends and family who love and accept them. In fact the series revolves around four childhood friends, three of whom are gay. (An exception to this is Jude in AMERICAN DREAMER, but while his family has disowned him, he has created a strong network of friends he can depend on.)

Yes, the sex is hot, about as hot as a typical contemporary romance. But what I said above rings true. Like any well-written romance, the love story carries us through, and the sex is part of the story. The mechanics take a far back seat to the emotion.

If you haven’t tried a same sex romance, I hope you will. These are excellent options to make your first-ever.