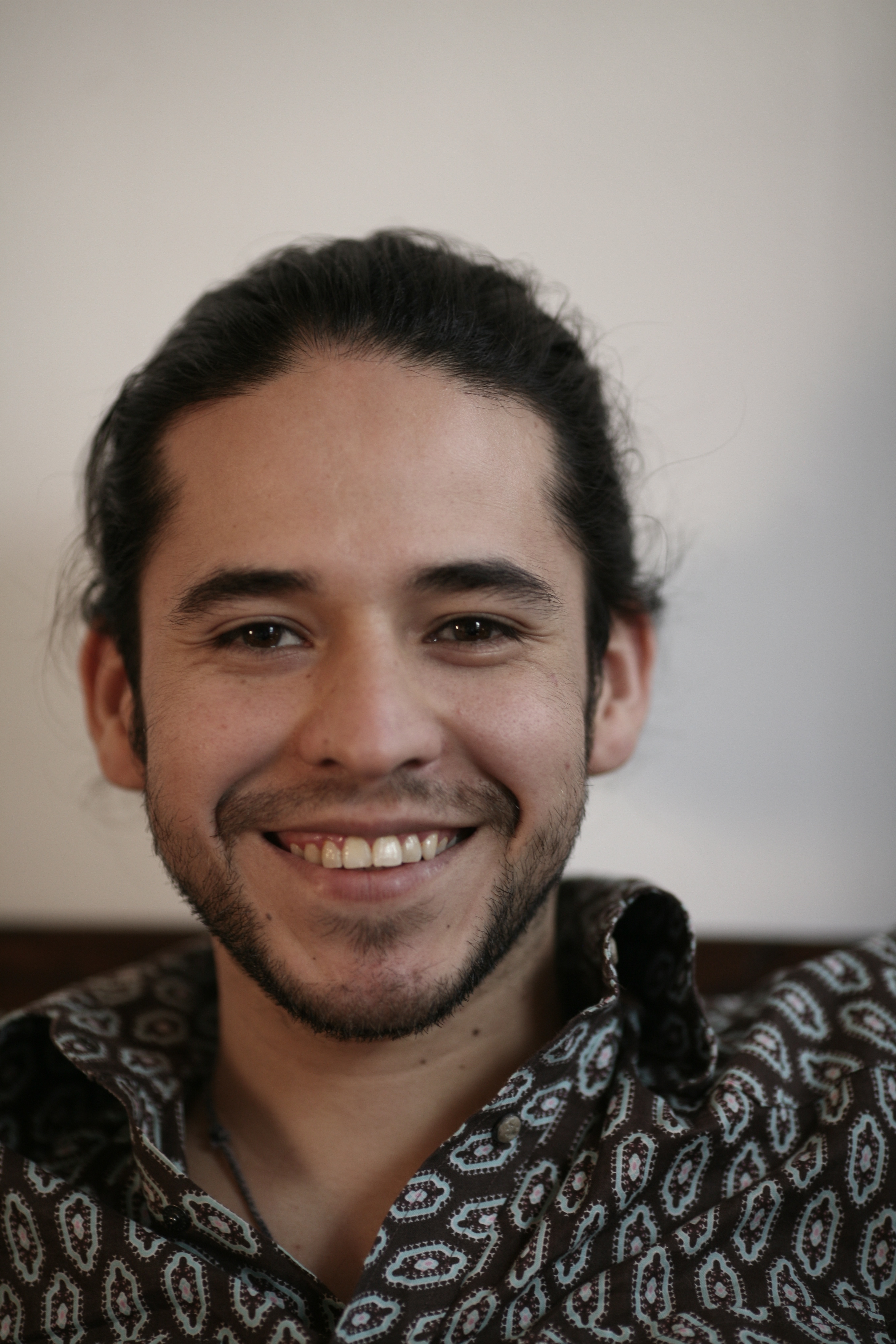 Duncan Tonatiuh lives in-between in more than one way—he lives some of the time in Mexico and some in the United States (he has dual citizenship), and his published name is half-Anglo and half-Aztec (“Duncan” is, intriguingly enough, his great aunt’s name, and he shares Tonatiuh with the Aztec god of the sun). There is nothing in-between, however, about Tonatiuh’s bold, unforg

ettable picture book Separate Is Never Equal: Sylvia Mendez & Her Family’s Fight for Desegregation, which was released in May. In it, Tonatiuh, who writes and illustrates the book, reveals the struggle that Sylvia Mendez’s parents endured to enroll their daughter in a public school near their farm in Orange County, California seven years before Brown v. Board of Education. Tonatiuh creates stark images that don’t just reference but actually mimic pre-Columbian iconography: tear-shaped eyes, blocky arms and legs, a curl in his characters’ ears that we spy in Aztec art. In those images, Tonatiuh makes it clear in Separate Is Never Equal that the Mendezes’ fight for justice was an emotional, personal one. Perhaps unsurprisingly, Tonatiuh has an opinion about the debate that’s been raging about the lack of diversity in children’s books. “I think we’re all responsible in different ways,” he says. Publishers—not necessarily his own—may say there’s not enough profit in publishing books for minority markets, but Tonatiuh disagrees. In 2013, he published Pancho Rabbit and the Coyote: A Migrant’s Tale. “Teachers and librarians and kids really appreciated it,” he says. “There’s definitely a market for them. I understand publishing is a business, but I think there is money to be made there, and I think it’s a matter of being courageous and trying things out.” – Claiborne Smith