Dylan Nod from the Nobel Gives Me the Blues 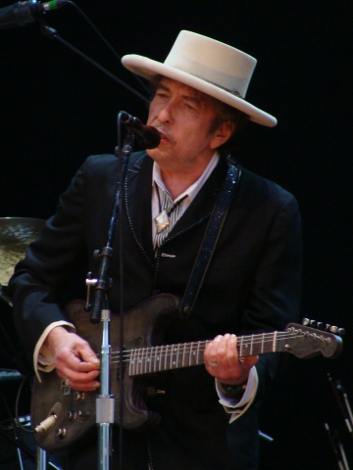 In 2012, the Pulitzer committee decided not to bestow a fiction award. This year, the Swedish Academy gave the Nobel Prize in Literature to Bob Dylan. To me, both decisions felt like similar slaps in the face to American writers. I’m not going to argue the relative merits of Dylan’s lyrics, and I don’t think of myself as the kind of critic who wants to police the boundaries of literature. But when no American has won the Nobel since Toni Morrison in 1993, and the former permanent secretary of the Nobel jury, Horace Engdahl, famously said that American literature is lacking because “the U.S. is too isolated, too insular. They don't translate enough and don't really participate in the big dialogue of literature,” it’s no secret that readers everywhere—or at least all over the U.S.—have been waiting to see which American writer would be the next to get the nod. Would it be Philip Roth or Marilynne Robinson or Don DeLillo? Perhaps a poet like Rita Dove or W.S. Merwin? By giving it to Dylan, the Swedish Academy is sending a message that there isn’t a single American writer who deserves the award.

And there is something different about a writer. Dylan is a musician—his lyrics are incomplete without music, no matter how great they are. It would be different if this were a prize that went to an American writer every year. I thought it was great when the National Book Foundation gave their lifetime achievement award to Stephen King; why not expand the definition of “literature” to include the author of Carrie and The Shining? Philip Roth had been given the honor the year before, and Judy Blume the year after. Now there’s an expansive definition of the best of American literature! But by choosing to snub every American fiction writer in the past 23 years, with the implication that another might not win until all the current contenders are dead, the Swedes have made the prize even more arbitrary and ridiculous than ever.