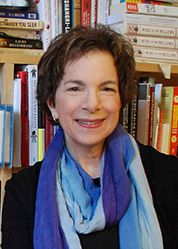 What are some upcoming trends for the rest of 2016?

We’re halfway through 2016 and it feels to me that the year is continuing trends that have been in place for a while now.

Kids’ and young-adult books seem to outsell adult categories, as children prefer “real” print books. Thrillers, especially those with unreliable narrators like Paula Hawkins’ The Girl on the Train, remain strong sellers. Women still love their book groups, and thus women’s fiction is a mainstay, although most authors don’t want to be categorized as such.

The corollary of this is that editors seem to get younger every year, and thus agents need to keep pace with their tastes, interests, and demographics. It’s still easier for debut novelists to get published—and command high advances—than competent writers with an iffy track record, especially with literary fiction.

However, stats show that e-book sales are slowing, which runs counter to what we all thought was an inevitable trajectory. Perhaps the novelty has worn off, or people realize that they like to read some kinds of books in e-book format—for example, beach reads—but not others. Good old print, as far as my habits go, is still the format of choice for more serious fare and certainly for any reading that requires close attention or note taking. No matter how they try, writing notes on a screen just doesn't cut it.

I can mention some authors we represent whose works are typical of the kind of quality we look for, such as novelists Barbara Kingsolver, Dorothy Allison, Deborah Harkness, essayists John D’Agata and Eula Biss, poets Adrienne Rich and Martin Espada. And I’m speaking for the agency as a whole—there are four agents here—not just for myself.

In nonfiction: narrative nonfiction involving the author’s investigation of a topic that he or she is passionate about, arts and cultural criticism, socially progressive topics and history with a progressive politics slant, cutting-edge science and wellness, and unusual memoirs that make larger points are always welcome. Authors need to have good bona fides, though, if they expect to get a respectable deal. For example, I’m doing a book right now with Juan Gonzales about progressive mayors like Bill de Blasio and the land-use wars.

Memoirs by the formerly addicted, fad diet gurus, anything about “the XYZ that Changed the World.” And I’m not the right agent for New Age, romance, right-wing propaganda, or, sadly, erotica.

About agenting in general—we get to see it all. What we pass on to editors at the major houses is less than a tenth of what comes in, so we’re good judges of quality. We’re also in a good position to spot rising talent that may not be quite ready for prime time yet. We file those writers in our “has great potential” folder and track them or invite them to resubmit later.

About the Frances Goldin agency in particular—there are many agencies, but ours is one of the very few who make a point of seeking out progressive voices and have been since our founding 40 years ago next year. And speaking of longevity, anyone can call themselves an agent; you don’t have to pass a bar exam to hang out a shingle. But deals, economics, and the politics of the business get ever more complex, so experience counts. I see my peers who have been around a long time as better able to navigate the pitfalls, get better deal terms, and serve their clients more effectively over the long haul.

Ellen Geiger, an agent at the New York City–based Frances Goldin Literary Agency, has more than two decades in publishing, film, and television and represents a broad range of fiction and nonfiction. She is always looking for great stories and great writing—preferably in the same manuscript—and has a lifelong interest in multicultural and social issues embracing change. History, biography, progressive politics, photography, science and medicine, women, religion, and serious investigative journalism are special interests. She served on the board of the Association of Author’s Representatives, is a member of the Author’s Guild and PEN, and is a past president of New York Women in Film & Television. In her previous incarnation in public television, she was nominated for an Emmy for The Legacy of the Hollywood Blacklist, was executive producer of the film of Katherine Paterson’s Jacob Have I Loved and the miniseries Roots of Rhythm with Harry Belafonte, and was an associate producer of The Life and Times of Rosie the Riveter.