Emily Henry Will Make You Forget Your Vacation 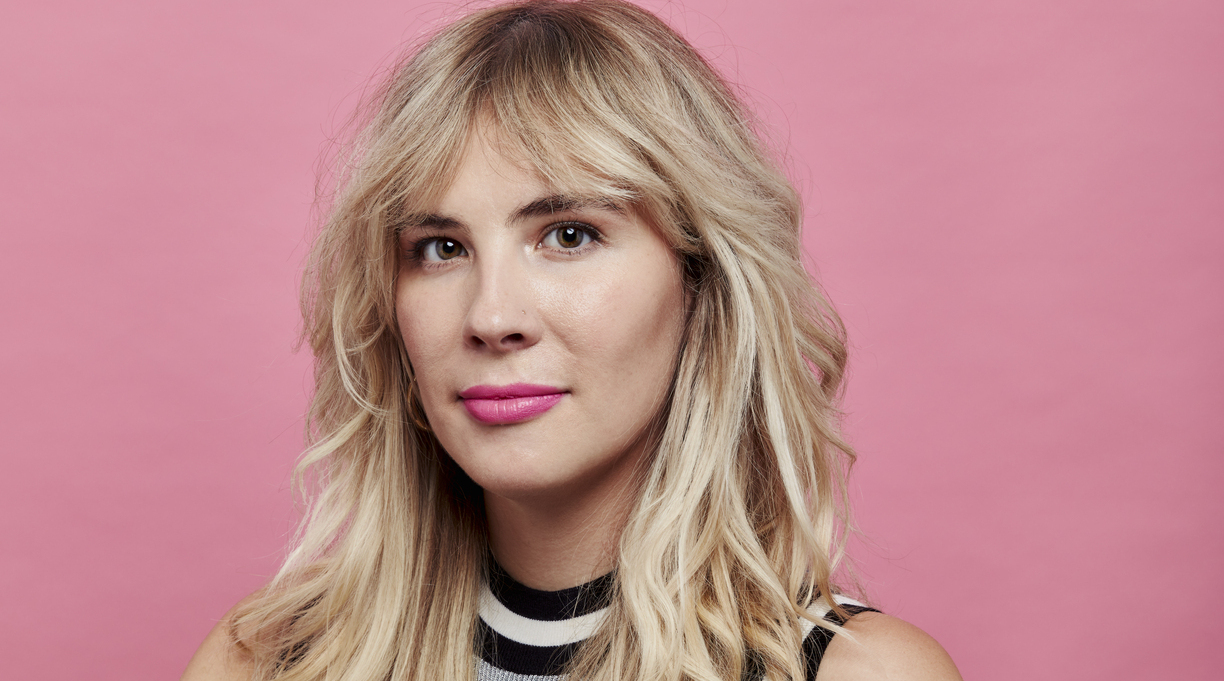 Emily Henry was the successful author of four YA novels when she tried her wings in the adult market with 2020’s Beach Read. Things took off, to put it mildly, and she followed up the next year with another New York Times bestseller, People We Meet on Vacation. On the eve of the publication of Book Lovers (Berkley, May 3), which our reviewer deemed “a warm, sparkling romance brimming with laugh-out-loud banter, lovable characters, and tons of sexual tension,”Henry, 31, sat down for a Zoom conversation about her road to the proverbial beach. Our conversation has been edited for length and clarity.

Let’s start with your decision to cross into adult fiction. How did that come about?

When I started writing Beach Read, I didn’t think I would be pursuing publication—I saw it as a fun escape from writer’s block I was having elsewhere. But as I got into the story, I realized that I was actually writing another coming-of-age novel, only the characters were in their late 20s and early 30s—as I was at the time—instead of their teens. They are finding their place in the world, solidifying their identities, shedding parts of their personalities that once seemed permanent—just as I was. Then I had the semihorrifying realization that this was just going to keep happening for my entire life. I think I’ll end up writing coming-of-age stories about 65-year-olds.

As a 64-year-old, I wouldn’t doubt it. So—why Beach Read? What did that shorthand mean to you?

A “beach read” is all about compulsive readability, a hook that’s so powerful you just keep your nose in your book despite any and all stimuli around you—your job, your real life, and even your vacation just fade into the background. If it doesn’t have a beach, that’s no big deal. But if it doesn’t have an irresistible question that must be answered, then it’s probably not a beach read.

Who are some of your favorite beach read authors?

Elin Hilderbrand is one go-to.

You remind me of her! You put similar types of fun decorations on the story—food, clothes, bars and restaurants, books and authors, even exercise, which you both seem to think is a gas.

Good thing, because Elin Hilderbrand makes me starving. Whenever I write food descriptions, I think of her as the gold standard. I also love Emma Straub; her new book, This Time Tomorrow, is amazing. Many of my beach reads are thrillers. I just read this [holds up The Hacienda by Isabel Cañas]—Mexican Gothic meets Rebecca,a truly sumptuous period novel. Such flair!

Tell us where the idea for Book Lovers came from.

After People We Meet On Vacation, I was brainstorming day and night. I came up with a long list of three-word premises that added up to…nothing. Then I started watching made-for-TV Christmas movies and homed in on this one recurrent character, the hardened city woman who’s the foil to the real romantic lead. The one the guy needs to let go to find true love and purpose. I started wondering, what about this woman who storms off the elevator, throws her purse at her assistant, and starts barking orders? What would make a character like that? What would her happy ending be?

Your version of her is Nora, a literary agent, a classic shark whose secret dream is to be an editor. Are those professions you know firsthand?

Oh, no. But I love books about the publishing industry, and fortunately, both my current and former agents, [the latter] who’s now a writer herself, were totally up for helping me. Both of them patiently read along throughout the whole process.

Nora’s love interest, Charlie, is an editor, too.

My idea was to pair Nora with someone who was exactly like her. Instead of opposites attract, I wanted to see if I could create tension with two people who are basically the same. Could I make that as fun as two people who have nothing in common?

For some reason, I was picturing Luke from Gilmore Girls the whole time.

I love that comparison! I am part of a subgeneration that was basically raised by Nora Ephron and Amy Sherman-Palladino, and I think a lot of my writing sensibilities come from those two writers. As I got older, I also discovered the earlier roots of that work. I am obsessed with [the 1945 film] Christmas in Connecticut—I keep pitching my editor a modern take on it—and I think the Thin Man movies are a perfect early example of that sharp and quick banter I’m always going for.

That means so much to me! I don’t read bad reviews, but my mom does, and she told me they claim my dialogue is unrealistic, no one talks like this in real life. She was fuming. “You and your friends, that’s exactly how you sound!” You know that magic feeling when you meet someone who has the same sense of humor as you, and the conversation just goes like a tennis match? It doesn’t happen every day, but it does happen.

Though much of Book Lovers is set in a small town—a kind of Stars Hollow if we’re talking Gilmore Girls—it’s really more of a love letter to New York City.

Yes! In those same made-for-TV movies, the city is often a symbol of materialism and capitalism and everything bad. But Nora loves it. It’s where she grew up, and it’s her home. She explains, for people who have never had that emotional connection to a city, why it means so much to her. I’m from Cincinnati, but at the end of undergrad I did a residency in New York and fell in love with the place.

I wrote this book during the pandemic; like everyone else, I was in seclusion. So I just stuffed the book with candy, filled it to the brim with everything that I missed. Like being in a crowded, exciting city. Coffee shops. Neighborhood places where everyone knows you.

And hot men! Both Charlie and his cousin, Shepherd, are smokin’. You must have had fun making up this story.

I did! So much of the book is about how we tend to view the world in dichotomies, and I really enjoyed creating two potential romantic leads who are so different, then discovering the surprising ways they’re similar.

What is your journey from here? Is it beach reads all the way?

You know, the books that made me want to be a writer were A Wrinkle in Time by Madeleine L’Engle and The Giver by Lois Lowry. As a child, this was the first time I understood that a book could change the way that you see the world. Even if what I’ve been up to lately looks very different, that’s still the goal. But right now, I think I need beach reads as a writer the way a lot of us need them as readers.