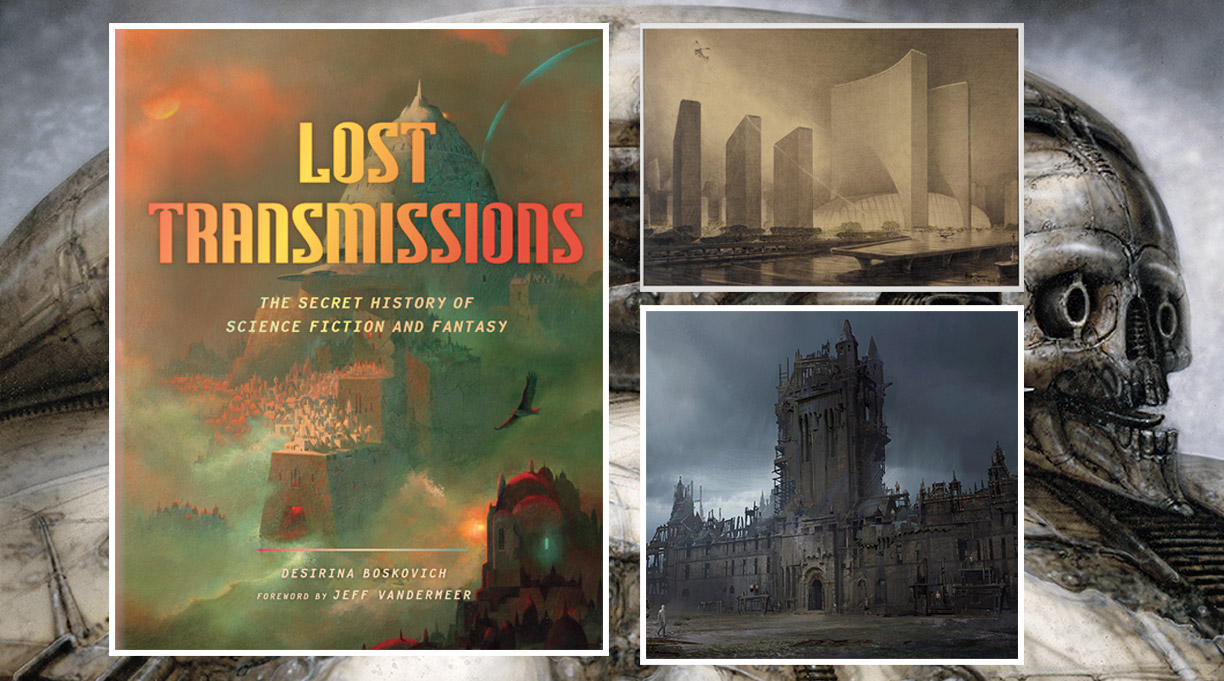 Science fiction is a genre that prides itself on history; so much so that it offers different flavors of it. For history buffs there is Alternate History, which gives you historical accounts of a past that never was. For readers filled with eagerness at what marvels the future may hold, there’s Future History—an imagined future that outlines a complete timeline of events, sometimes spanning eons, that shape what will become of us. For the conspiratorial, there is Secret History: a fictional account of what really happened behind actual historical events.

But there’s another kind of “secret history” that leans toward the literal meanings of those words. It resides in the relatively unknown corners of the genre. There you can find science fictional works that never saw the light of day or, if they did, did not reach a wide audience. Living there are the lost treasures of the genre and their underappreciated creators. This lost history of science fiction is the subject of a wonder-filled new book called Lost Transmissions: The Secret History of Science Fiction and Fantasy  by Desirina Boskovich (Abrams, out now).

This treasure trove of secrets, presented in a generously illustrated hardbound volume, is like a gateway into science fiction’s inner sanctum. Though it may seem squarely aimed at science fiction fans, the fact that SF so pervades our culture makes it an attractive coffee table book for anyone. Everyone will find something to relate to here, whether it’s reading about a favorite author, like Philip K. Dick or Angela Carter; or about the rock band The Who and their never-fully-materialized concept album follow-up to Tommy called Lifehouse, set in a near future where reality is experienced through a worldwide network called The Grid. The topics are simply too attractive for even the casual science fiction fan to ignore.

Boskovich has enlisted a handful of contributors to supplement her own set of informative essays. Contributors include Charlie Jane Anders, Neil Gaiman, Willian Gibson, Annalee Newitz, Jeanette Ng, Nisi Shawl, Molly Tanzer, and others. All of the entries in the book do exactly what you’d hope: they inform, entertain, and are delivered with an authoritative voice that never forgets to be fun. As Jeff VanderMeer points out in his introduction, any secret history will never be complete because we each bring our own experiences to the party. The benefit of having multiple contributors is that everyone knows their own secret corners of the genre. The more people who share their knowledge, the more treasures we find. That’s really the fun thing about discussing science fiction; everyone has something to contribute.

Lost Transmissions is organized into helpful sections to steer readers towards their preferred predilection of culture. Sections include Literature, Film & Television, Architecture, Arts & Design, Music, Fashion, and Fandom & Pop Culture. Those delineations are not always as clear-cut as you might think. For example, David Bowie is featured in an interesting piece by Meg Elison in the Fashion section for his outlandish costumes, and he also appears in the Music section in a piece about science fiction storytelling in the 1960s and ’70s. (If that eye-opening article ignites your interest, check out Jason Heller’s Strange Stars: David Bowie, Pop Music, and the Decade Sci-Fi Exploded [Melville House].) As another example, Lev Grossman’s illuminating piece on Fantasy Maps in the Art & Design section could just as easily have fit in the Literature section. Like any type of art, genre handles are fun but not absolute. Nevertheless, the book’s sections serve as useful organizational guideposts.

If a book containing a collection of essays and interviews can be judged based by its constituent parts, then Lost Transmissions is a valuable prize indeed. Here are just some of the fascinating things discussed in the book that are living in science fiction’s hidden corners:

There are plenty of other corners lurking in the pages of Lost Transmissions. The fun part is in discovering them for yourself.