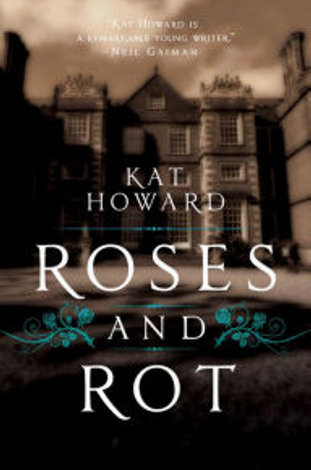 Once upon a time…

There was a mother, and she was not good, or fair, or loving.

There were two sisters: a light one and a dark one. One a dancer, the other a writer. Their bond—forged in tears and blood—was strong and unshakeable. Until the older sister left the youngest behind.

Once upon a time, or years later, Imogen and Marin have a chance to reconnect when both have the opportunity to attend a retreat for artists. Melete is an elite program, a prestigious center of excellence where they can develop their art and where they could become more than good, they could become great. Melete is also a secluded spot and therefore an escape, a refuge from their cruel mother.

As the days and weeks pass, though, it becomes clear to Imogen and Marin that there is more to the arts program than they thought. That there is a supernatural element at play here and that there is a sense of expectation in the air around them that is both thrilling and terrifying. That to become great one must accept that there will be sacrifices. And how much are they willing to do, how far are they willing to go—not only for their art but ultimately, for each other—is the focus of this tale.

Roses and Rot is Kat Howard’s compelling retelling of the ballad of Tam Lin only centering on sisterhood and the relationship between Imogen and Marin. The story is fairy tale-ish in its telling: Imogen-the-narrator a clever self-aware fold for Imogen, the-writer-of-fairy tales told in beautiful, meandering, almost dream-like prose.

What do we talk about when we talk about fairy tales is one of the questions raised here—the darkness inherent to many folk tales is perfectly matched by the narrative, by the story being told. Nothing is without consequences and even though some of the trappings and tropes of fairy tales are easily recognisable, a lot of the details diverge from what you usually expect and are subverted by the author. There is an unexpected tragedy, unexpected romantic developments, and an unexpected ending.

The story is populated with other interesting characters, too, running the gamut from fragile to resilient, from quiet to outspoken. One of my favorites is another one of the residents, a singer-songwriter named Ariel whose story develops closely to that of The Little Mermaid, only in a different direction. There is a question of voice—using it, losing it, being denied it—and Ariel’s storyline is as strong and formidable as that of the two sisters.

There is a lot about being an artist and suffering for your art that can be at times alienating for those of us who have a different type of connection to art and creating. It’s not, I think, a story for everybody, and not all stories have to be. But if you have an interest in art and the creative process, if you like subversive fairy tale retellings with a focus on women and sisterhood, oh boy, then this book is definitely for you.