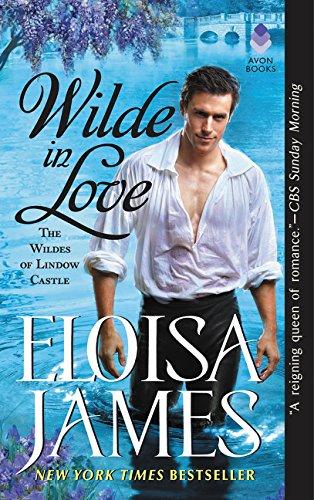 It’s a great season for historical romance, and this month saw the release of some awesome  books!
Elizabeth Hoyt rounded up her Maiden Lane series (sniff, sniff) with Duke of Desire, and as intense a hero and storyline as ever, but as usual she balanced it out with a little humor.
The book starts with a kidnapped Lady Iris facing the Lords of Chaos. When one of them drags her away from the rest of them, his intention is to save her, but Iris, misunderstanding, shoots him.
Then, thinking he might die, he marries her, both to save her reputation and provide for her if something dire does happen to her. (Of course it has nothing to do with the fact that he’s completely drawn to her.)
The scarred yet sexy Duke of Dyemore comes from Corsica, though he spent the first few years of his life in England, the son of the man who ruled the Lords of Chaos, and he’s determined to destroy them. A lone wolf, surrounded by men completely loyal to him, the duke spurns any help or encroachment on his mission, yet his attraction to his new wife clouds his determination and his plans, especially once the Lords seek to destroy them both and take pleasure in using his wife as a pawn in their dangerous game.
Hoyt is a masterful writer, at her best with intense, wounded heroes and the women who love them. Sometimes, like Iris, the women can’t decide whether to strangle their would-be lovers or fall into bed with them. Iris isn’t looking for love, and doesn’t want marriage, but as she falls in love with her husband, then convinces him to give them a chance, their blazing attraction becomes passion, and is both conflict and driver for the plot.
Excellent as always, and pure romance reading pleasure.
As Hoyt wraps up one of the most popular romance series ever, Eloisa James launches one that is sure to become a favorite. Wilde In Love launches the Wildes of Lindow, which will follow the romantic travails of the large family of the Duke of Lindow and his three wives, beginning with the second son, Alaric Wilde, an intrepid explorer who writes books about his adventures and has become the most celebrated figure in England, due in part to a play that claims to dramatize his travels, but actually has nothing to do with them.
Coming home for the first time in years, Alaric is stunned by his popularity, especially since it’s for a caricature that is nothing like the real man. For the first time in his life he’s interested in courting woman, and the public’s perception of Alaric Wilde is clearly not someone the smart, witty and very private Miss Willa Fynche is interested in. Just as Alaric overcomes her misgivings and convinces her she might love the true man behind the ridiculous cartoon version,  an odd missionary’s daughter from his past claims him as her betrothed, and while neither Alaric nor Willa takes her seriously, no one realizes how dangerous her obsession will prove to be.
I’m a long-time Eloisa James fan, but her last few titles count among my favorites. This one continues in the same excellent fashion, and her hints at two upcoming match-ups enhance this storyline while whetting our appetites for upcoming titles.
Brava, Eloisa! Can’t wait for the next one!
Some other historicals on my radar:
Katharine Ashe’s  The Duke
Grace Burrowes’ No Other Duke Will Do
Janna MacGregor’s The Bride Who Got Lucky
Kerrigan Byrne’s The Scot Beds His Wife
Loretta Chase’s Duke In Shining Armor (January release)
So many great releases lately! What are you waiting for? Or read that you loved?
#HappyReading #LoveRomance
MORE FEATURES
POPULAR KIRKUS STARS