Family Dramas Are Suspense Novels, Too 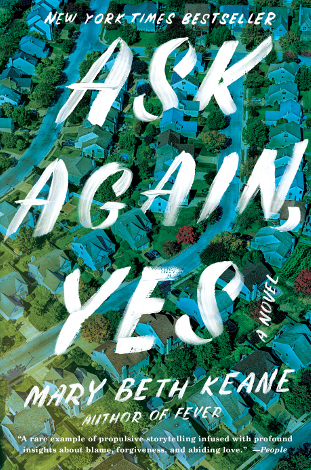 There’s nothing like getting hooked so deeply in to a novel that you don’t feel the time passing—whether it keeps you up all night or—the New York City version—it makes you miss your subway stop. I had that experience just yesterday, looking up to find I’d gone a station too far while deep inside the world of Ann Patchett’s upcoming novel, The Dutch House (Sept. 24). It tells the story of the Conroy family after Cyril Conroy, in 1945, bought the estate of the title as a surprise for his wife, Elna, who couldn’t imagine her life inside its lavish walls—even after she was living there—and so she left. Narrated many decades later by the Conroys’ son, Danny, it’s an engrossing tale—our starred review calls it “deeply pleasurable”—that builds up a good bit of suspense by moving back and forth in time along with Danny’s memories.

If, like me, you’re the kind of reader who’s more likely to get caught up in a family drama than a thriller, one book to look for this summer while you’re waiting for The Dutch House is Mary Beth Keane’s Ask Again, Yes, which our starred review calls “graceful and mature. A solidly satisfying, immersive read.” It’s also quite suspenseful, since we know—at least from the flap copy, if not from the novel itself, which moves along in chronological order—that something terrible is going to happen to the Gleesons and Stanhopes, two families with police officer fathers who live next door to each other in the New York suburbs in the early 1970s.

Like Patchett, Keane creates family relationships that are close but barbed; when our review says “Keane’s story embraces family lives in all their muted, ordinary, yet seismic shades,” it could have been referring to either of these keep-you-up-all-night novels.—L.M.