Family, Friendship, Books, and the Gift of the Journey 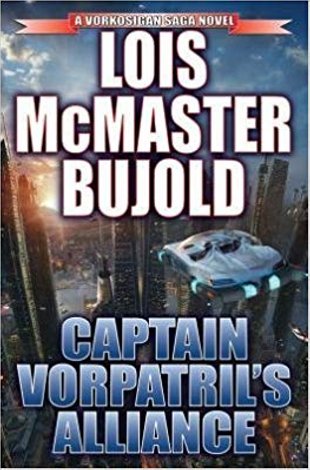 Mom, sister and I are spending a few days in Madison before we head off to visit her aunt (Minnesota) and her college (St. Louis). A little shopping, a little reading, a little time with her grandsons.

In other words, a lot of *not enough reading* for me! Gah, I’m a bit behind.

Sometime in the next few days, I will be starting my 500th book review for Kirkus. I think that’s pretty awesome. This opportunity has given me so many amazing experiences, from meeting and interviewing some of my favorite authors to writing for some of the best media sources in the world.

But mainly, it’s introduced me to some of my favorite writers and given me the chance to get early copies of titles I couldn’t wait to read.

Books have always been a huge part of my life, and writing about them is an amazing gift.

Getting to know so many people—readers, writers and journalists—in the community is another blessing from this job, and finding friends around the world who “get” me and my love of romance novels (and, let’s be honest, who I can gripe with about the many people in the world who’ve never read a romance novel but still look down their noses at them), it’s truly like finding my tribe.

It has been a very hard couple of years, both personally and professionally, but always I’ve found friendship and support from many corners of the romance reading world.

I love my family, and traveling with my mom and sister has been a generally positive, lovely experience. Walking my mom’s footsteps from her younger days has been enlightening and fascinating, and meeting people from her past who love her is inspiring and a grace for which I’ll always be grateful.

So in honor of my mother and my sister, I thought I’d share some of their favorite books and authors.

My sister is a huge fan of Lois McMaster Bujold and on her recommendation, I read (and LOVED) CAPTAIN VORPATRIL’S ALLIANCE. Bujold is a master storyteller, and her ability to tell this story—with everyone saying things in direct opposition to what they’re doing—is nothing short of brilliant. The heroine’s family is a bunch of thieves, the hero’s family is royalty, both of them love their families but aren’t quite sure what to do with them. It’s a classic marriage-of-convenience plot, set in Bujold’s amazing Vorkosigan world, with incredible wit, humor and tension.

(Former Kirkus Sci/Fi blogger Andrew Liptak did a great blog post on Bujold a few years ago. You can find it here.)

My sister says I have to mention THE CURSE OF CHALION, her all-time favorite LMB title. She says, “The writing is beautifully lyrical and the hero is adorable.” (Kirkus didn’t love it, but you can find the review here.)

A man broken in body and spirit, Cazaril returns to the noble household he once served as page and is named secretary-tutor to the beautiful, strong-willed sister of the impetuous boy who is next in line to rule. It is an assignment Cazaril dreads, for it must ultimately lead him to the place he most fears: the royal court of Cardegoss, where the powerful enemies who once placed him in chains now occupy lofty positions.

But it is more than the traitorous intrigues of villains that threaten Cazaril and the Royesse Iselle here, for a sinister curse hangs like a sword over the entire blighted House of Chalion. And only by employing the darkest, most forbidden of magics can Cazaril hope to protect his royal charge — an act that will mark him as a tool of the miraculous . . . and trap him in a lethal maze of demonic paradox.

(If any of you have the Audible romance package, it looks like this title is included.)

My mom says everyone should read the Leaphorn/Chee novels started by Tony Hillerman and continued by his daughter, Anne.

Book 1 is THE BLESSING WAY:

Homicide is always an abomination, but there is something exceptionally disturbing about the victim discovered in a high lonely place, a corpse with a mouth full of sand, abandoned at a crime scene seemingly devoid of tracks or useful clues. Though it goes against his better judgment, Navajo Tribal Police Lieutenant Joe Leaphorn cannot help but suspect the hand of a supernatural killer. There is palpable evil in the air, and Leaphorn's pursuit of a Wolf-Witch is leading him where even the bravest men fear, on a chilling trail that winds perilously between mysticism and murder.

If you’re a “romance only” reader, Chee falls in love with Bernadette sometime in the series. But it does take a while to get there.

(It looks like Kirkus did a retroactive review here, and gave it a star.)

Finally, Mom recommends RISE OF THE ROCKET GIRLS: The Women Who Propelled Us, from Missiles to the Moon to Mars by Nathalia Holt (non-fiction, obviously). Kirkus called it a “fresh contribution to women’s history (review here).”

The riveting true story of the women who launched America into space.

In the 1940s and 50s, when the newly minted Jet Propulsion Laboratory needed quick-thinking mathematicians to calculate velocities and plot trajectories, they didn't turn to male graduates. Rather, they recruited an elite group of young women who, with only pencil, paper, and mathematical prowess, transformed rocket design, helped bring about the first American satellites, and made the exploration of the solar system possible.

For the first time, Rise of the Rocket Girls tells the stories of these women—known as "human computers"—who broke the boundaries of both gender and science. Based on extensive research and interviews with all the living members of the team, Rise of the Rocket Girls offers a unique perspective on the role of women in science: both where we've been, and the far reaches of space to which we're heading.

So there you go, a few books off the beaten path for my romance friends. (Then again, we know we’re the most eclectic readers out there, right?)