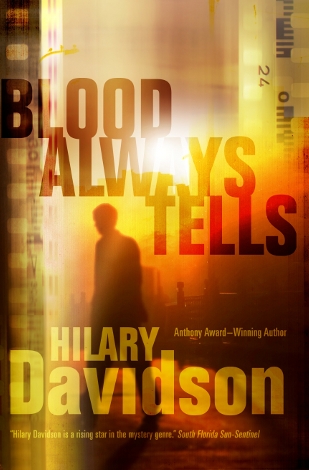 Hilary Davidson clearly enjoys reading and writing about “damaged” characters. During the course of an interview she gave last year to another website, in which she extolled the virtues of The Way Some People Die (1951), Ross Macdonald’s generally underappreciated third novel featuring Los Angeles private investigator Lew Archer, the author said: “One of the ways that Macdonald’s work influences mine is the understanding that the main character is carrying around wounds from the past that could split open at any time.…Lew Archer has been damaged, and there are hints at physical abuse in his past and a dark cloud of depression that follows him. It’s something that evolves over the course of many books, and Macdonald handles it beautifully. Archer, for all of his world-weariness, cares deeply about people. There’s a lot of pain in him, and a surprising amount of empathy.”

The same could be said of the three players through whose eyes we witness the action unfold in Davidson’s tumbling-paced new thriller, Blood Always Tells. Her first stand-alone novel after three mysteries featuring travel writer/amateur sleuth Lily Moore (The Next One to Fall, etc.), Blood finds Dominique Monaghan, Desmond Edgars and Polly Brandov all dogged by ghosts and half-processed grief from days gone by—emotional and bodily mistreatment, the disappearance of family members and even homicide. Those troubles have made each of them more understanding of the plights others face, but also fiercely determined to avoid encountering such adversities again.

People accustomed to easing slowly into a story will probably want to get a firm grip on their socks before cracking open Blood Always Tells. This tale fairly leaps out of the blocks, giving us Dominique in the stressful midst of a scheme to break up her boyfriend’s irregular marriage. Gary Cowan is a 37-year-old former Olympics-star boxer with “more than a passing resemblance to Bradley Cooper,” who entered into an arranged, loveless union with “anorexic heiress” Trinity Lytton-Jones, anxious to profit financially from those nuptials and blasé about the manifold strings attached to them. Fashion-obsessed Trin has since overlooked Gary’s serial dalliances, which included his two-year relationship in New York City with Dominique, a now 30-year-old, athletic black model–turned–photo stylist. Dominique was initially content with those circumstances, but after suddenly being forced to vacate Gary’s condo and then hearing that she’d been replaced in her boyfriend’s embrace by “a featherweight blonde who looked like she’d been molded for a high school cheerleading squad,” Dominique is in the mood for some good old-fashioned revenge.

She knows that Gary is forbidden by his prenuptial agreement from discussing the terms of his marriage to Trin, and that breaking that confidentiality would lead to the dissolution of their union—not to mention Gary’s bankruptcy. She also knows that Gary’s congenital intemperance leaves him vulnerable. So Dominique convinces him to join her for a lascivious reunion at his Georgian-style “country house” in the Hudson Valley. There she spikes his libation with a muscle relaxant, intending after that to get him talking about the deal he made to wed Trin for her money, and film it all.

Not long after she drugs Gary, though, two masked gunmen break into the house, handcuff her and her groggy boyfriend, bundle them into a van and wheel them out to an isolated, broken-down residence in northeastern Pennsylvania, near the Pocono Mountains. Dominique is confused by this kidnapping. The house they’re being kept in seems to have been stocked with some of her favorite toiletries, and one of their captors—a 6-foot-3 ruffian she thinks of as “the Viking”—promises to let her live “if you’ll kill Gary.” She remembers that Gary had engineered a phony snatch years before, to extricate piles of ransom money from his deep-pocketed father-in-law, and wonders if this latest apparent felony has been equally stage-managed. Has she become caught up in a larger stratagem of Gary’s? Or is this part of a plan by Trin to do away with a bothersome hubby and his pretty paramour, while protecting herself from incrimination?

Anthony Award winner Davidson has occasionally been guilty of over-plotting her novels, packing them with developments that, while they may be unexpected and diverting, aren’t really necessary to maintain suspense or hold the reader’s attention. In Blood Always Tells, she shortens the tether on that tendency. Yes, this book leaves you constantly unsure of what lies ahead. But Davidson slows down frequently enough to illuminate darkened, delicate recesses of her characters, so that one doesn’t feel obviously manipulated, thrust forward by her storytelling structure.

Dominique’s history and behavior reward careful examination; the same thing can be said of Gary Cowen, though his flashes of self-reflection are outweighed by his keen determination to be a good-for-nothing. Still, it’s Desmond, Dominique’s elder brother, who best commands the spotlight here. A tall ex-army pilot given to quoting Roman emperor/philosopher Marcus Aurelius, he’s drawn into the plot by his sister, who makes an anxious phone call to him from the Poconos, relating what she’s seen and heard since her abduction. Like Dominique, he presumes there’s deception at the root of it all, and is quick to offer his sister help—something he’s been doing ever since their mother was tried for murdering Dominique’s father. As Davidson explains,

[Dominique] was only four when their mother had gone to prison. Only four when her father had died, Desmond reminded himself. What had been a tremendous blessing for him had been a curse for her. As much as Desmond hated his stepfather, he had to admit that the man had been a perfectly good father to Dominique. He’d adored the girl, and Desmond couldn’t remember the man ever shouting at her, let alone punishing her when she was naughty, which was often. He was only monstrous as a stepfather, making Desmond call him “Mr. Monaghan” and trying to distance him from the rest of the family, beating him for infractions large and small, real and imaginary. For a long time, Desmond hid the abuse from his mother, because he knew how deeply the truth would hurt her. His heart broke thinking just how badly it had devastated her when she’d found out.

Of course, by the time Desmond reaches the Poconos, matters have changed substantially. He’s left to recreate events, hoping to discover what happened after his sister’s summons. That means dealing with cops, confronting Gary’s dubious lawyer and the condescending trustee of Trin Lytton-Jones’ estate, and eventually teaming up with Polly Brandov, a comely but introverted 17-year-old Russian who feeds Trin’s cocaine cravings and plays the pawn in a more extensive criminal game. Throw in longstanding family secrets, a missing child, spread-sheet chicanery and a last-minute chance for redemption that closes the circle on a turning-point tragedy, and you have a novel that exceeds one’s expectations of a thriller without denying the genre’s fans their tropes.

Not everything succeeds in these pages: Trin never achieves dimension beyond that of a hedonistic rich kid; scant flesh is ever put on the bones of Dominique and Desmond’s African-American heritage; and a few plot twists are more convenient than credible. Yet Davidson’s Blood Always Tells remains a satisfying yarn about folks trying to surmount the limits of their heredity and circumstance, overcome the inevitability of fate and find the power within themselves to get beyond their own pains and feel compassion for others. This isn’t a story Ross Macdonald would have written, but he’d have felt affinity toward some of the damaged and sympathetic players it contains.