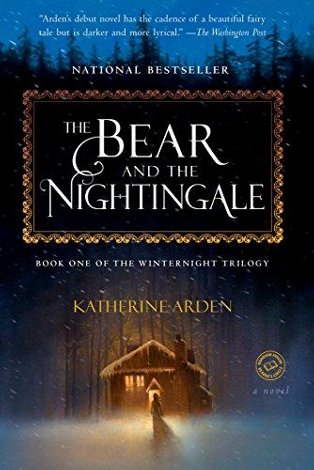 One of the very fun things that occasionally happens on my Facebook page, The Romance of Reading, is that someone will ask a question about genre, or ask for

recommendations based on a book or author they’ve read, and readers jump in with enthusiasm.

Of course there are plenty of pages like this on FB and around the web, but what I especially love about ours is that it’s so positive and friendly! We also have author guest posts every week, and this week, those elements led to some interesting synchronicity.

Last week on this blog I mentioned that I planned on reading a few books that I’d missed last year. First up in the docket was BRUJA BORN, the follow up to 2016’s LABYRINTH LOST.

I loved both of these books!

Whereas LABYRINTH LOST saw the Mortiz family fighting for survival in Los Lagos, the evil underworld, BRUJA BORN has them trying to save their beloved Brooklyn (and the greater NYC area) from a group of zombie-like creatures the three magical sisters inadvertently created when they tried to save Lula’s boyfriend, Maks, who died in an accident that took out a bus full of her classmates on the way to a soccer game.

There is so much to love in these books. They are magical adventures with awesome world-building based on Latinx symbolism and artistry. There are hints of romance, vast doses of bravery and the power of family, and a distinct character bridge from the events of Book 1. We see how each of the sisters was affected by their experiences in Los Lagos, as well as the way those experiences have driven their relationships with each other, their parents, and the greater magical community around them (which the author expands in fascinating ways).

So now I can recommend both books even more highly! And I’m bummed that Book 3 won’t be out until next year….

As for the synchronicity part on the FB page, I found it interesting that as I was finishing BRUJA BORN and the page was preparing for author Katherine Arden to visit, someone asked the page for fantasy recommendations.

If you haven’t yet heard of Katherine Arden, she is the author of The Winternight Trilogy. I listened to the first book, THE BEAR AND THE NIGHTINGALE (thank you PRH audio!), just a few days before BRUJA BORN.

Winter lasts most of the year at the edge of the Russian wilderness, and in the long nights, Vasilisa and her siblings love to gather by the fire to listen to their nurse’s fairy tales. Above all, Vasya loves the story of Frost, the blue-eyed winter demon. Wise Russians fear him, for he claims unwary souls, and they honor the spirits that protect their homes from evil.

Then Vasya’s widowed father brings home a new wife from Moscow. Fiercely devout, Vasya’s stepmother forbids her family from honoring their household spirits, but Vasya fears what this may bring. And indeed, misfortune begins to stalk the village.

But Vasya’s stepmother only grows harsher, determined to remake the village to her liking and to groom her rebellious stepdaughter for marriage or a convent. As the village’s defenses weaken and evil from the forest creeps nearer, Vasilisa must call upon dangerous gifts she has long concealed—to protect her family from a threat sprung to life from her nurse’s most frightening tales.

The Winternight Trilogy consists of THE BEAR AND THE NIGHTINGALE (starred review), THE GIRL IN THE TOWER (review), and THE WINTER OF THE WITCH (starred review), which released earlier this month and hit the NYT bestseller list.

I’ll definitely be listening to the next two titles in the near future. Arden has a mesmerizing voice, and her world-building elements are a dreamy mix of Russian history, lore, and the author’s own unique and creative take on what magic would look like in the deep, dark forests of winter, as well as an interesting yet subtle take on religious fervor, and thoughts on the difference between divine love and fear.

Really excited to dive into the rest of this trilogy!

I thought I’d share some additional recommendations from the FB readers, which I’ll be looking into as well. They include a spectrum of fantasy, paranormal, adult, YA and NA. Page friends, you had so many great rec’s I can’t include them all, but here are some.

You’ve likely already heard of these, some bestselling faves:

And my personal rec’s too add:

Some great recommendations for diving into some lovely fantasy!