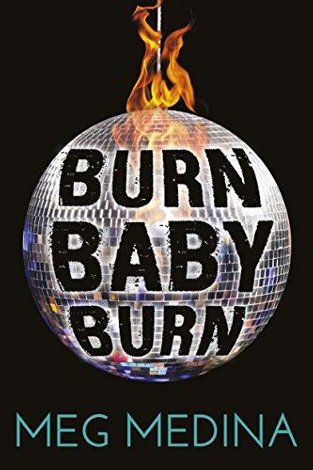 The end of the year approacheth, and I have so very great books to share with you!

This year, I’m picking my favorite book of each month—my favorite book that I read in each month, not necessarily published in that month (or even in 2016!)—as well as mentioning a few other bonus books here and there.

January: If I Was Your Girl, by Meredith Russo, and Burn Baby Burn, by Meg Medina

One month in, and I’m already cheating—I loved both of these so much that I couldn’t choose between them. If I Was Your Girl is a realistic contemporary about friendship, family, and first love, starring a trans girl and written by a trans woman. It’s a new girl in school story, it’s a reconnecting with an estranged parent story, it’s a story about standing up for one another, about trust and betrayal and the weight of secrets. It’s lovely from start to finish.

Burn Baby Burn is a realistic historical set during the summer of 1977 in New York City—a summer that saw a heat wave, a crime wave, and power failures. It was the summer of Son of Sam, a serial killer who stalked and murdered young women; it was a summer in which a whole lot of young women discovered the Women’s Movement, its strengths and its weaknesses. It’s a story about family and friendship, race and economics. It’s a specific portrait of a specific family that lives a specific immigrant experience, and of a specific form of abusive relationship that we don’t see acknowledged very often. And—AND—it’s a commentary on how our tendency to focus on serial killers ultimately erases their victims, an action that both supports and compounds their crimes. It’s a stellar read.

Bonus January Favorites: Tell Me Again How a Crush Should Feel, by Sara Farizan, and Uprooted, by Naomi Novik.

I focused entirely on female authors this year, and it wasn’t long before I started itching for some classic crime stories. That let me to the Femmes Fatales series from the Feminist Press—pulp novels from the 1940s and 1950s, all written by women.

More people have probably experienced Laura via Otto Preminger’s film adaptation than the novel it was based on, but let me tell you: the movie is super, but THE BOOK IS SO MUCH BETTER. The various voices and perspectives Caspary writes in, the commentary about gender and the difficulty of pushing back against stereotypical gender roles, about misogyny and control and obsession and ownership, the details of the mystery itself… IT’S SO FANTASTIC. If you love mystery novels and you haven’t read this one yet, DO.

March: A Fierce and Subtle Poison, by Samantha Mabry

On the surface, the premise sounds like something we’ve seen and heard so many times before: a boy’s life is changed by his interactions with a couple of girls. But there’s a whole lot more to it than that, and, ultimately, the book works as a deconstruction of that storyline and so many of the associated tropes, as well as a smackdown of the idea that young women are just here to serve as objects—as teaching devices—for young men.

It’s also about how a local economy and culture is affected by a tourist economy and culture, how the two interact, how they perceive each other, and more. This is a debut novel that deserved—and deserves!—so much more attention than it got. So if you haven’t read it yet, do. Mabry is definitely an author to watch.

Bonus March Favorites: Exit, Pursued by a Bear, by E.K. Johnston, and Juliet Takes a Breath, by Gabby Rivera

Phew! That is… a lot of favorites for three months! Good thing I keep a spreadsheet of what I read, eh? See you next week for April through June!