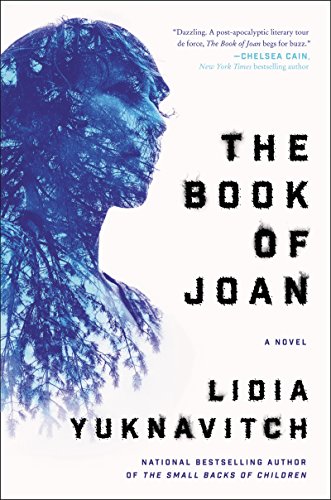 It's no secret that film and television studios can be successful producing science fiction films and shows. What may be surprising is that you can enjoy the next big SciFi blockbuster even before it hits screens. Here's a roundup of the latest science fiction books that have jumped aboard the adaptation train…

The Passage by Justin Cronin

This unassuming story grabs unwary readers from the start. It begins as a government conspiracy thriller about a girl named Amy, who is abandoned by her mother at age six and pursued by shadowy figures behind a government-funded experiment. When the experiment goes wrong, the story morphs into a post-apocalyptic saga featuring vampires. Special Agent Brad Wolgast is the lawman tasked with tracking her down. He's too late to stop society's collapse, and the story follows Amy – possibly the last hope for mankind – on her decades-long travel across a post-apocalyptic landscape.

The Passage was on lots of "Best of the Year" lists when it was released in 2010. It may appear that it took a while for Hollywood to catch on, but this project has been in the deal-making phase since before the book was finished, as early as 2007. All systems are finally "go" as Fox studios has ordered a pilot for a dramatic television series based on Cronin's thrill ride.

In this high-tech adventure, which first appeared in 1997, terrorists seize control of the Kennedy Space Center and then proceed to hold the space shuttle Atlantis and its American and Russian crew hostage on the launchpad. They threaten to blow up the shuttle unless their demands are met. The only hope of rescue may come from the mission's former commander, "Iceberg" Friese, who was pulled from the crew after he injured his foot. His new mission now is to sneak around Kennedy Space Center and put the kibosh on the terrorists' plot.

There's been no word of progress on this project beyond the news that the rights to the book have been optioned by Universal studios. Too bad – it sounds like a very accessible story that mainstream audiences would love.

Here's another exciting story that's been optioned, this time by MGM studios, with Broken Road Productions and Entertainment 360 producing.

Snapshot is a futuristic detective thriller built around the premise that you can re-create a city and everything that happened within it on any given day. Anthony Davis and his partner Chaz are the only real people in one of these recreated cities, which is populated by 20 million duplicate residents. They've been sent there, ten days into a simulated past, to find evidence so it can be located in the real world today. Instead, they find the new clues to a grisly mass killing that they've been asked to ignore. Now they're on their own and have to make it out of the simulated city alive.

The Age of Miracles by Karen Thompson Walker

Named as one of the best books of 2012, Walker's haunting novel is a coming-of-age story set against a changing world. One seemingly normal California Sunday morning, Julia and her family wake up to find that the Earth's rotation has begun to slow down. The environment – and society in general – is thrown into disarray. But that only serves as yet another disappointing aspect of Julia's life; she's already dealing with the more mundane things like loss of friends, her parents’ troubled marriage and first love.

Where better to depict the slow decline of society than through an episodic television series? AMC has acquired the television rights to Walker's dystopian debut. It will be developed by the same production company that produced Netflix's Stranger Things.

The Book of Joan by Lidia Yuknavitch

In this retelling of French heroine Joan of Arc, it's the near future and let's just say things could be better. World wars have transformed the earth into a radioactive battleground and violence is the order of the day, so mankind has moved to a giant platform floating above the Earth. But they are not unchanged: the surviving humans have become "sexless, hairless, pale-white creatures floating in isolation, inscribing stories upon their skin." But even this relative paradise is not free from the effects of mankind. A cult leader has turned this world into a police state and the only ones who will stand up to him are a group of rebels led by the heroic child-warrior who's martyred and whose impact thus becomes more powerful than ever.

Imagine Entertainment producers Ron Howard and Brian Grazer have already purchased the film rights for Sakey's novel, which has only just become available this month. It's got something for everyone: part detective story, part love story, part thriller, and part horror story.

In Afterlife, two romantically involved FBI agents are killed in the line of duty and discover that death is not necessarily the end. Instead, they find themselves in an ethereal version of Chicago, where everything looks washed out in color and technology does not work. They are in the "Echo", a kind of purgatory for souls that have been violently killed in the real world. But this is no "afterlife as usual." The Echo is a world filled with new horrors, like the so-called Eaters who consume a person's lifeforce. There's no resting in peace in the Echo.

Shusterman's young adult series (comprised of 1995's Scorpion Shards, 1999's Thief of Souls, and 2002's Shattered Sky) is about a group of teenagers with mysterious and powerful abilities, received when they were conceived at the same instant that the star Mentaras-H explodes light-years away. The conceit is that they simultaneously absorbed the shattered soul of the star thus inheriting their unimaginable abilities (like the power to cause massive amounts of destruction at will). Across the three books in the series, the god-like teens called Star Shards come together to beat the forces eating way their souls as well as smack down otherworldly foes.

The story of the Star Shards demands lots of eye candy, which might explain why Gaumont, who optioned global rights for Shusterman's epic trilogy, is developing it as a high-concept animated series. Shusterman himself will be part of the team bringing the series to life, so expect it to stay true to the heart of the stories.