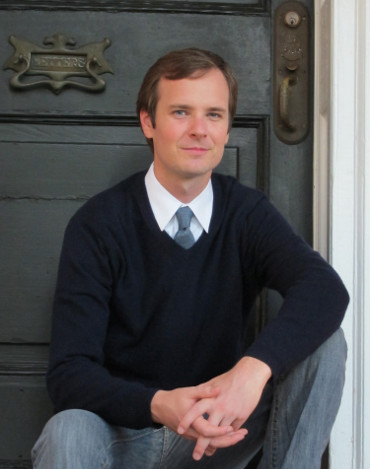 Politics ain’t bean bag, and as prodigious personalities such as Franklin Roosevelt and Fiorello La Guardia guided New York City through depression and war, some titanic ego clashes ensued, as I discovered while writing City of Ambition: FDR, La Guardia, and the Making of Modern New York. Here are some of the most memorable ones, chosen with both enduring significance and short-term sensation in mind.

No one brought out Mayor La Guardia’s histrionic eloquence quite like Der Fuehrer—or as La Guardia called him during a brief address in 1937, “that brown-shirted fanatic who is menacing the peace of the world.” The German press responded with a string of vituperative, anti-Semitic slurs—calling the Little Flower a “well-poisoner,” “Jewish ruffian,” “scoundrel super-Jew,” and “New York gangster-in-chief.” The German Embassy then demanded that the State Department formally apologize for La Guardia’s behavior!

How complicated were political alignments in Depression-era New York?  One wing of the GOP lined up with the Democratic Tammany Hall political machine and the other with the Communist Party! The moderate Republicans were tacking to the center (the Communists met them there) in an effort to challenge the New Dealers for votes. Thus began New York’s venerable tradition of liberal Republicanism, which would produce two presidential candidates (Wendell Willkie and Thomas Dewey), a vice president (Nelson Rockefeller) and a mayor (John Lindsay)—while making the postwar decades a period of singular political amicability.

As readers of Robert Caro’s The Power Broker will no doubt recall, Franklin Roosevelt and Robert Moses positively loathed each other. FDR so hated Moses that he tried to force Moses off the board of the Triborough Bridge Authority, the lynchpin of Moses’s budding public works empire, by refusing to OK federal grant money for the project until Moses was shown the door.  Yet in spite of their mutual hatred, Roosevelt’s New Deal programs helped to launch Moses’ career in New York, and Moses’ agencies became some of the largest employers of New Deal labor and grant money.

La Guardia and Moses’ relationship was a strange cocktail of mutual admiration, dependence and frustration. “What am I to do?” La Guardia once lamented. “I can’t live with him and I can’t live without him.” City workers sometimes heard the two men shouting at each other at the top of their lungs. But they also knew they needed each other, and moreover that they were kindred spirits. “You can’t get away riding roughshod over things!” La Guardia shouted at Moses one day.  Moses shouted back: “That’s the way you get things done!”

The great political clash of interwar New York lasted for more than a decade and involved most of the great public personalities of the time. La Guardia worked fervently to replace Tammany politicos with policy experts committed to a strong public sector. Tammany fought tooth-and-nail to reclaim power. And FDR sought to reshape the Democratic Party, transforming it into a vehicle for progressive reform. When La Guardia retired in 1945, some expected the old machine politics of the 1920s to ri

se again. But the New Deal had forced the New York Democrats to evolve; rather than revert to its old Tammany ways, the Democratic Party extended the New Deal into the postwar era.

Mason B. Williams’ first book, City of Ambition: FDR, La Guardia, and the Making of Modern New York, is being published this month. He is a graduate of Columbia University’s PhD program in history and will soon begin teaching at the New School.

Photograph of Fiorello La Guardia in conversation with President Roosevelt photo courtesy of the author.